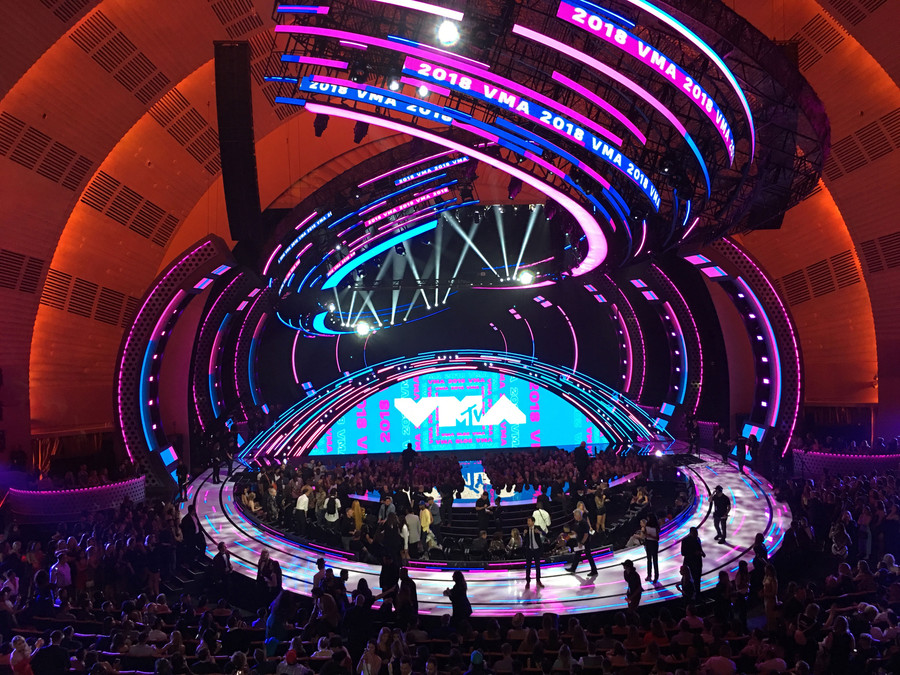 I think it was seeing the moon person statue that made it real for me.

Walking in to Radio City, VMA ticket in hand, I wasn't fully sure what to expect. I had never bene to the taping of an award show and the VMAs have a history of being unpredictable. Promotional signs everywhere warned me: Everything might happen. And then I spotted the statue on the mezzanine. 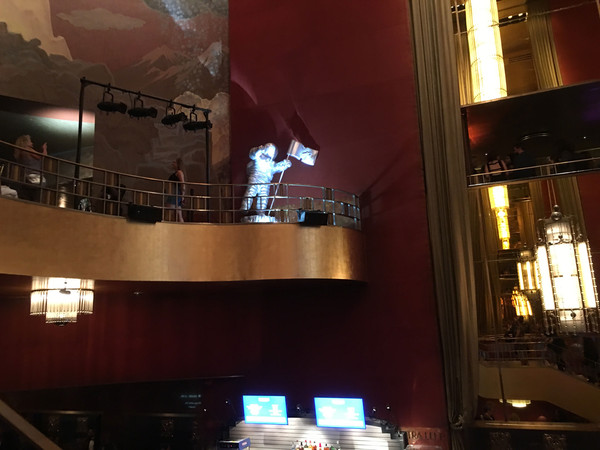 The night was tons of fun and there were multiple events that brought the whole crowd to its feet. All 6,000 of us. And it really was as advertised - lots of unexpected moments you don't get to see on TV. Here's a peak at what you see sitting in the room where it happens. 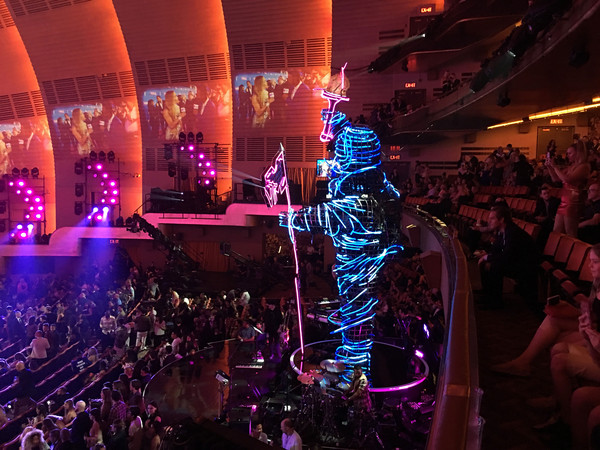 While many of the performances take place on the main stage, there is a second area at the back of the house (complete with giant moon person) where several musicians performed. Generally, the main stage was being reset as these were happening.

The beginning of the show 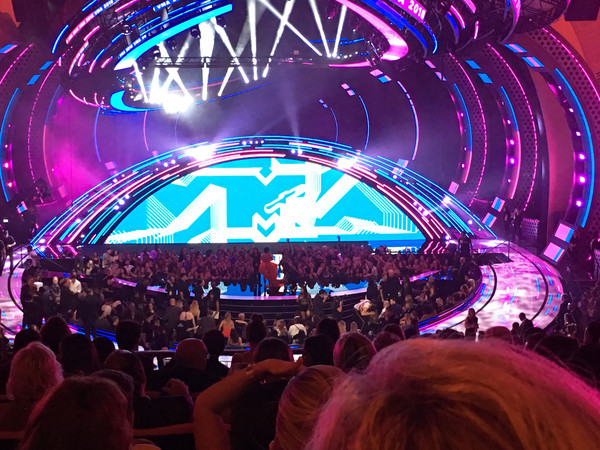 Cardi B casually strolled on stage as we approached the start of the show. It took the audience a full minute to recognize her, but once they did the cheers erupted.

And the show began - complete with a producer counting us down to the moment we broadcast live.

Shawn Mendes blows us away 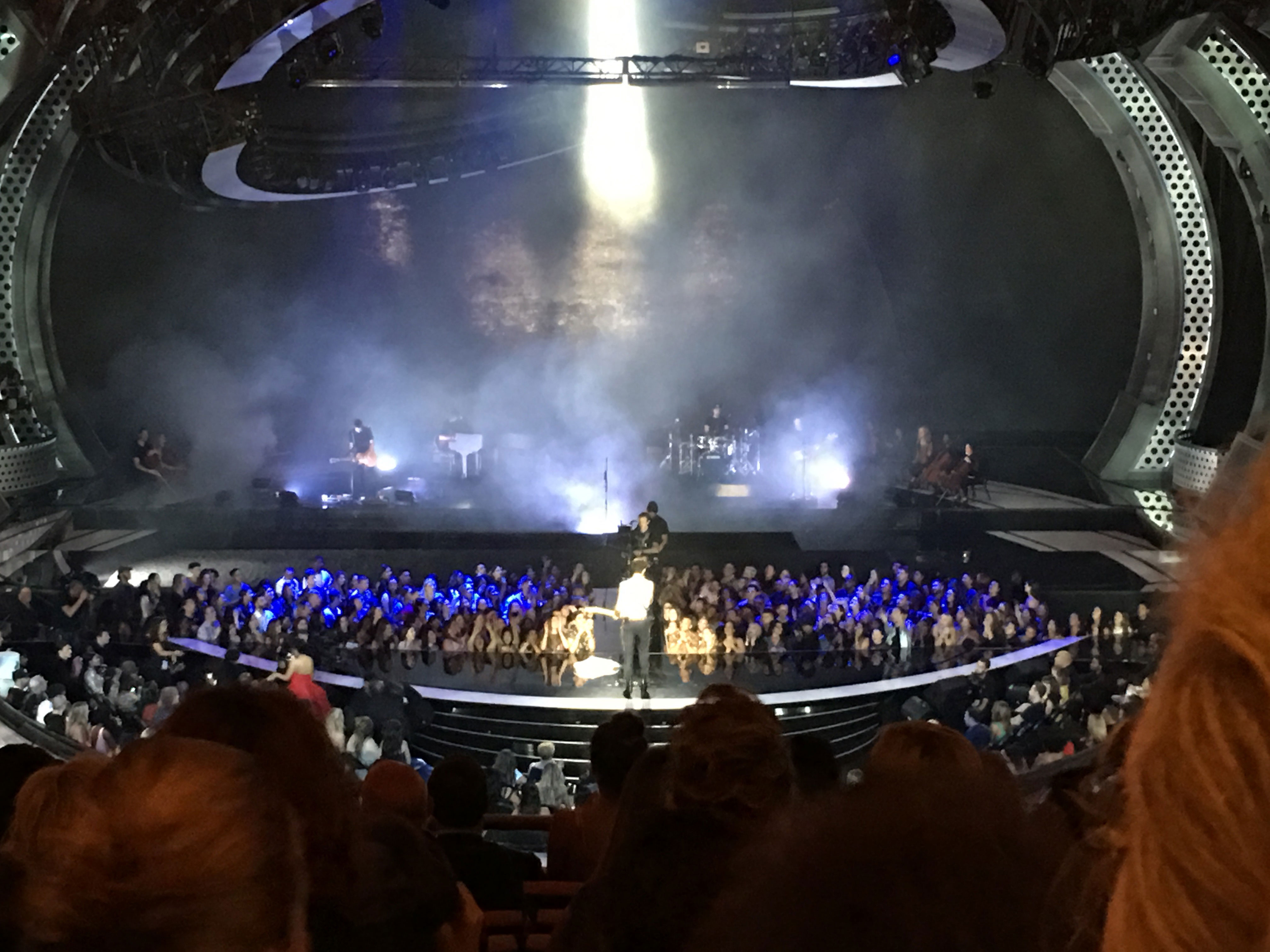 The show started big with Shawn Mendes killing it! Props to the unsung heroes here - the camera operators running all over the stage, mostly backwards.

Commercial breaks are for cleaning 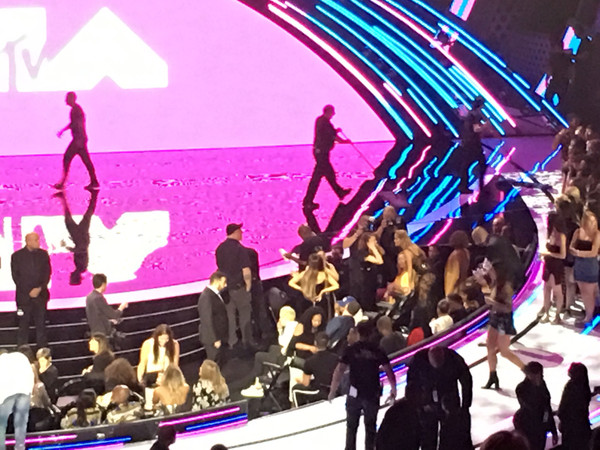 While I normally use a commercial break to refresh a drink or grab a snack, there is a whole cleaning crew who use it to keep the stage spick and span. The glamour of the VMAs don't come easy. And yes, that is Arianna Grande and Nicki Minaj having their epic side eye moment.

Tag the Nicki to your Ariana 💕💕💕 #VMAs pic.twitter.com/p4svYZxPYg

Coming at you from the nose-bleeds 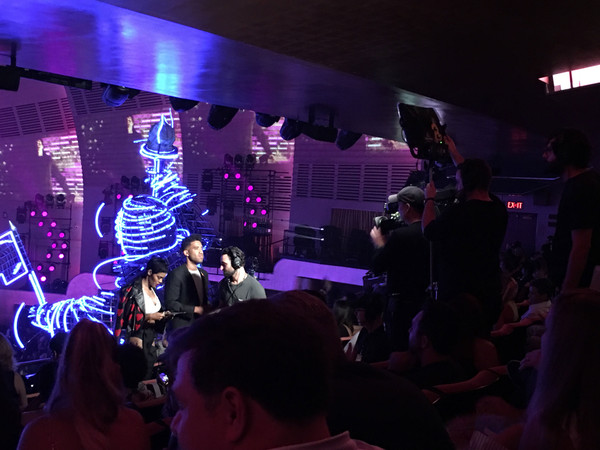 About a half hour into the show, I looked over to see Teyana Taylor and Kyle preparing to introduce a performance by Logic and Ryan Tedder. NBD.

JLo prepares for her epic set 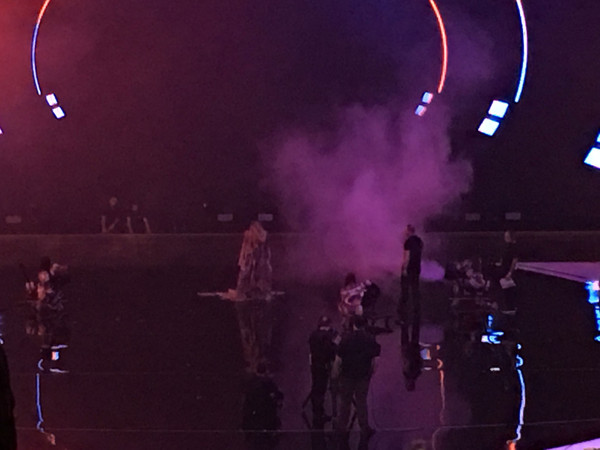 In a calm-before-the-storm moment, we got to see Jennifer Lopez (Vanguard recipient of the night) take her place in the fog before her performance. New York cheered it's hometown girl like no other.

What the presenters see 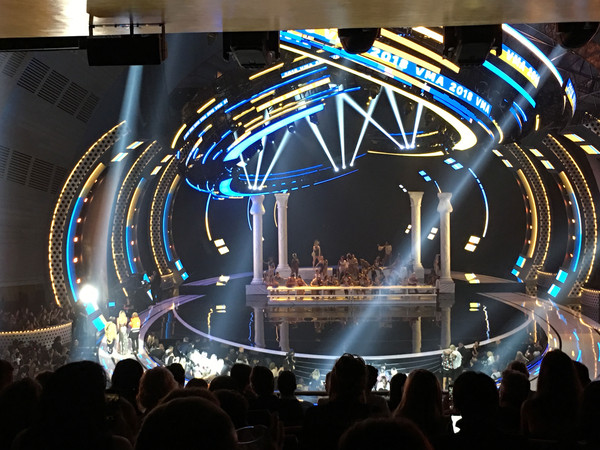 There were quite a few surreal moments (not just Camila Cabello's at the end) where presenters were announcing performances that were set up directly next to them. Can't imagine how it feels to be reading from a teleprompter and seeing Arianna Grande's all-female Last Supper out of the corner of your eye! 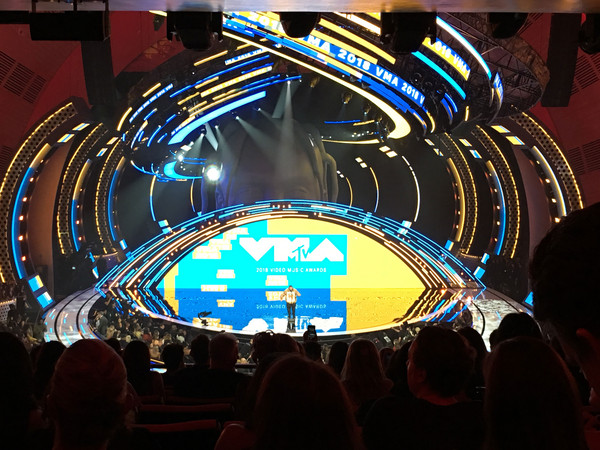 But the craziest moment by far was staring into the blank eyes of Travis Scott's set piece over the proscenium. Also crazy: the commercial break where they deflated it and it disappeared behind the arch in seconds.

The final mash-up was lit...literally lit 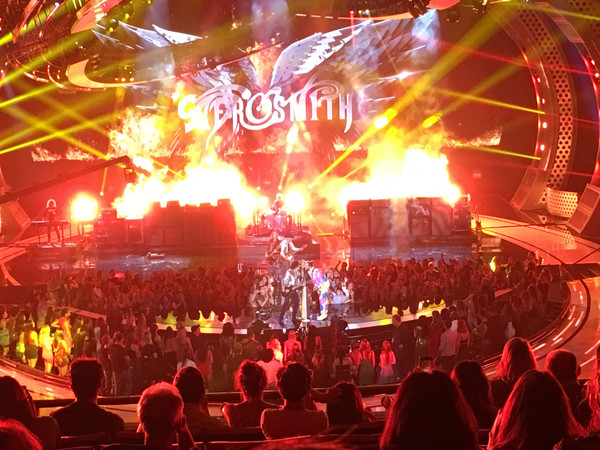 Hearing Post Malone's ear-worm "Rockstar" (which I proceeded to hum all the way home) was cool but hearing him joined by "mother-f**king Aerosmith!" was mind-boggling! Flames shot up as Steven Tyler wailed the bridge to "Dream On" and basically it was the most rock-n-roll moment of the night, and possibly ever. 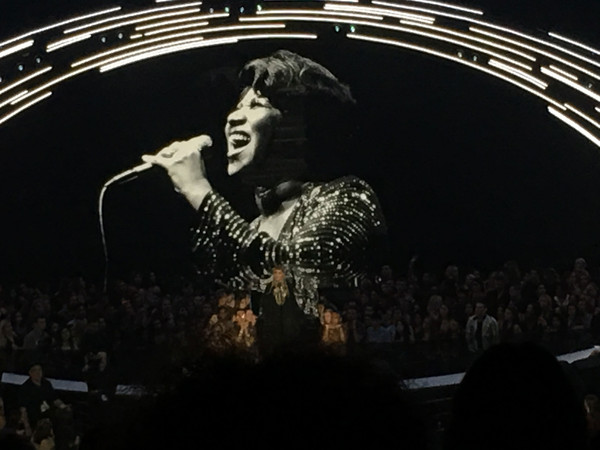 Once the broadcast was done and the credits rolled, the whole theater sang along to the classic "Respect" in honor of the departed Queen of Soul. RIP to a legend.

In case you missed it, you can stream the full 2018 MTV VMAs on DIRECTV.

Julia Leffler is a digital strategist and producer at DIRECTV. In her spare time, she enjoys taking her dog to the park and watching as much TV as she can. And while she applauds "Rockstar", the 90's kid in her will always feel that the Song fo the Year is "Finesse"