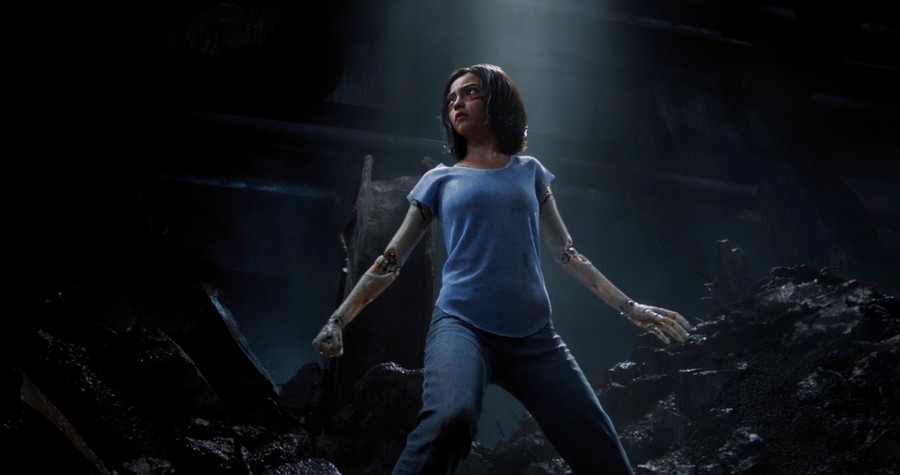 Latinos have a profound and wonderful influence on cinema. They've brought us touching stories of family and hardship, twisted fairy tales that keep us awake at night, and candid looks at hardship. In celebration of Hispanic Heritage Month, we've gathered some of the best films featuring real-life Hispanic heroes in front of and behind the camera.

Ugly Betty was America Ferrera's break out role. However, her feature debut, "Real Women Have Curves," showed she was impressive right out of the gate. America plays a High School student in Beverly Hills. She has to reconcile her dreams of college with the realities of her family's economic position. The film examines the traditional Hispanic family dynamic and also deals with body positivity. It's a profound film that delivers its message with humor and care.

"Acusada" puts us in the shoes of a young girl, Dolores, who has been indicted for a crime. Her parents are supportive and ready to defend her at any cost, but this turns twisted as they obsess over every aspect of her life. This film features an entirely Latino cast and crew and gives a thrilling look at the future of Spanish cinema.

This whimsical story about a boy named Sailboat follows a Hispanic family in the Southwestern United States. Sailboat is given a missive by his dying grandmother to write a song for her on his ukulele. He faces adversity in the attempt to write the greatest song ever. "A Boy Called Sailboat" is a great family film with hints of "Little Miss Sunshine" sprinkled within.

These films focus on the lives and struggles of Hispanics. They give insight into Latino accomplishments and some of the unique issues the community faces.

This documentary chronicles the life of Salsa icon Ruben Blades. Blades was at the center of the New York Salsa explosion in the 1970s and was one of the musicians that brought the genre to international attention. This is an excellent look at an often underrated Latino legend.

Filmmaker Rudy Valdez chronicles the arrest, conviction, and aftermath of his sister Cindy's arrest based on a crime her deceased ex-boyfriend had committed years before. The film's crux is mandatory minimum sentences, which disproportionately affect minority communities and were responsible for Cindy receiving a 15-year sentence.

Thousands of Latin Americans flee to the United States each year to seek a better life. "Which Way Home" chronicles the struggles of several children who are attempting to reach the US alone with little to no support. This film helps to put a face behind a problem that's been around so long that it's turned into an abstraction for many.

The films below aren't specifically about Hispanic culture. However, their directors have a Latino background and are some of Hollywood's biggest names today.

Robert Rodriguez is a huge influence in Hollywood and is one of the creative forces behind some of the biggest blockbusters and cult classics. Rodriguez is known for his "Mariachi-style" of film production, and often writes, directs, and produces his films.

"Alita: Battle Angel" is his highest-grossing film and is a visual stunner. Based on the manga "Gunnm" and the OVA "Battle Angel," it follows Alita, a cyborg found in a junkyard with no memory of who she is or how she got there. It's sci-fi through and through and is an excellent film for anyone who wants a light look at transhumanism in an action-packed wrapper.

Academy Award winner Guillermo del Toro is probably the most iconic Latino filmmakers of all time. His catalog runs the gamut from low-budget cult classics to epic blockbusters and has a little something for everyone.

"Blade II" might not be his highest-praised or most-beloved film, but it exemplifies del Toro's range as a creator. Most look to "Pan's Labyrinth" and "The Shape of Water" as his seminal works, but "Blade II" shows he can take the reins on a cookie-cutter action film and give it life in an entertaining way.

This film exemplifies the modern vampire craze of the 1990s and early-2000's which mirrored the rise of goth fashion. It features Wesley Snipes in his prime and a pre-Darryl Norman Reedus. There's also the always-excellent Kris Kristofferson and Ron Perlman to look forward to. It's a fun film that doesn't take itself too seriously and is a blast to watch today.

Andrés Muschietti has been in the film business for a decade or so, but it was with 2017's "It" that he broke into the big time. Now, he's someone to watch in Hollywood, with several upcoming major projects in development.

Of the two hit horror films, "It Chapter Two" was the more challenging. The script in the second film deviated from the source material much further than the original, so Muschietti was in uncharted territory. However, he managed to pull it off, and delivered a film that fills in the second half of the Derry saga with panache.

We highly recommend the films above, and there are tons more available for viewing on HBO Max. Check out the Latino section for movies and TV shows produced by and starring Hispanics.