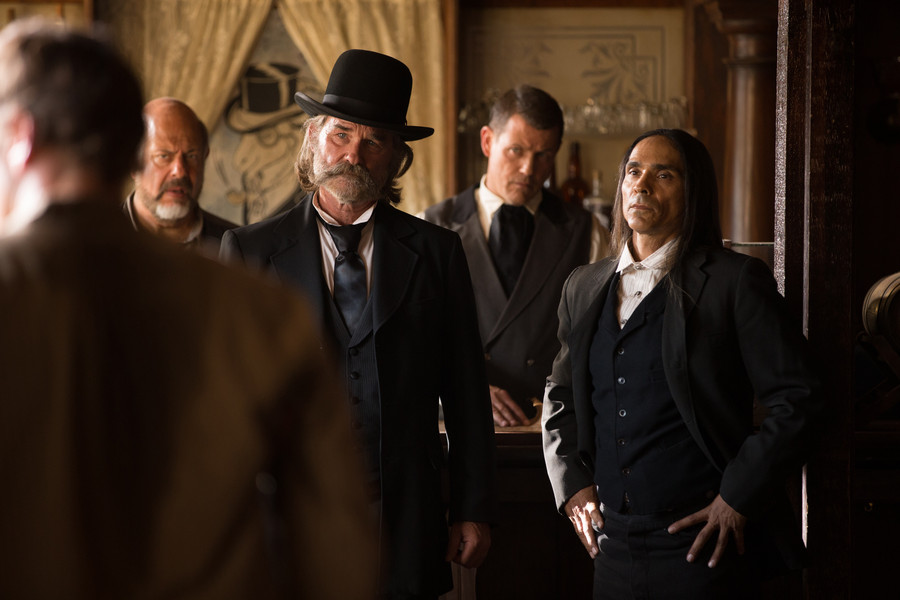 The horror movie genre had something of a renaissance in the past decade, with psychological thrillers sending viewers to the movies in droves. And some of the best horror movies of the 2010s didn't focus on shocking creatures or bloodshed. As you can see on our list, many went totally different routes and still managed to scare the living daylights out of viewers.

The western and horror genres don't often mix, which makes Bone Tomahawk a unique film. The film stars Kurt Russell as a sheriff who is forced to round up a posse after a cannibalistic clan of Native Americans kidnaps three citizens of his town. The subject matter could have led to the film being an offensive disaster. However, the movie is written tongue-in-cheek enough to prevent the audience from taking it too seriously. This is slow, brooding horror at its best, and definitely worth a watch if you're looking for something outside the norm. 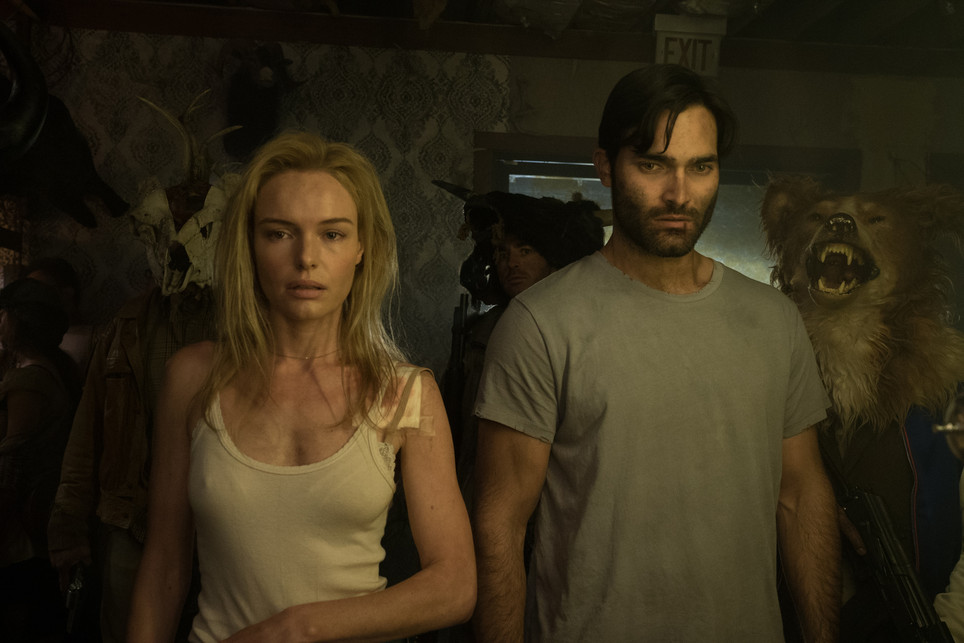 The Domestics is a post-apocalyptic gem that managed to go almost entirely unnoticed upon its release in 2018. It follows a couple, Mark and Nina, living in a United States where the government has collapsed. The survivors have split along two lines: Domestics like Mark and Nina, non-hostiles who are just trying to stay alive, and a series of themed gangs reminiscent of The Warriors. The movie manages to be thrilling, hilarious, and romantic as the two try to make their way to Nina's parent's house. Make sure to take the time to watch this film as The Domestics is a cult classic in the making. 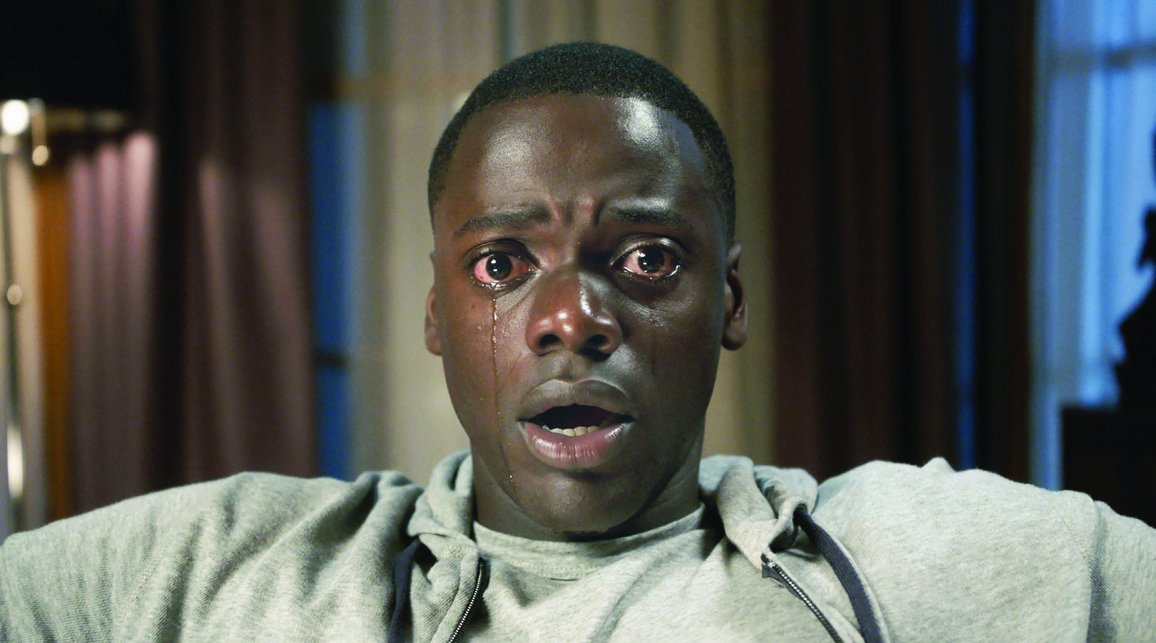 What makes Get Out so special is that it works on equal levels as horror and social commentary. Most films that try to wear both hats end up losing the allegory somewhere along the way, but Jordan Peele nailed it. Daniel Kaluuya does an excellent job of transporting the audience into his shoes as a black man who journeys to meet his white girlfriend's parents for the first time. The film has a lot to say about the commoditization of black culture and the difficulties of self-identity, and the story between the lines is as gripping as the one on them. 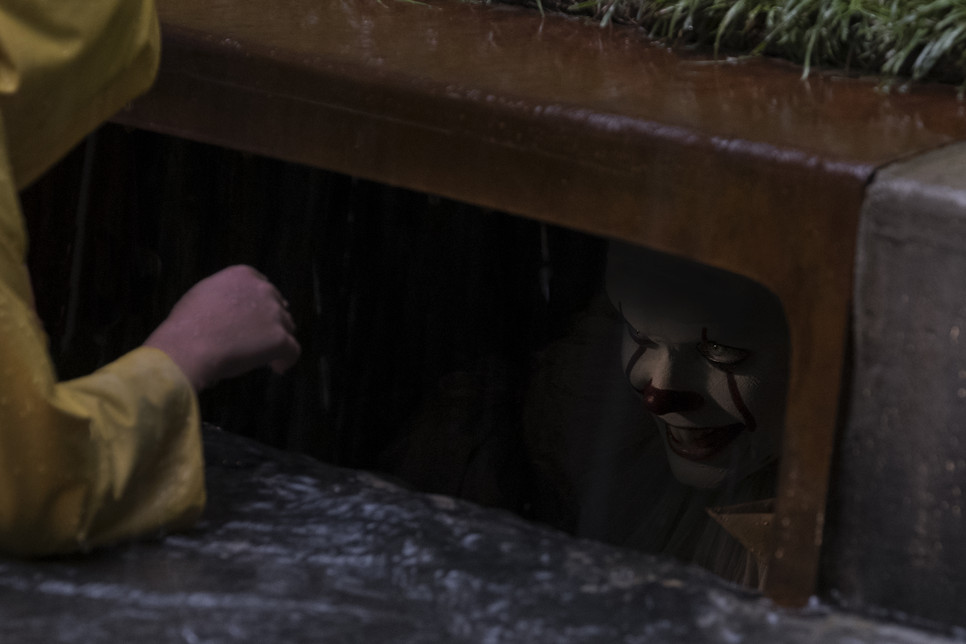 It Chapter One is possibly the best adaptation of a Stephen King property since The Shining. The first half of the 1986 novel is told here brilliantly and feels like a horror-tinged Stand By Me. The coming-of-age story of Bill, Richie, Eddie, Stan, and Beverly is as much an attraction here as the horror. Part of the reason the film is so effective is because it allows you to build a real connection to the characters in a way most horror movies don't. Unfortunately, It Chapter Two (like the second half of the book it's based on) isn't quite as engrossing as the first, but it's worth watching to get closure. 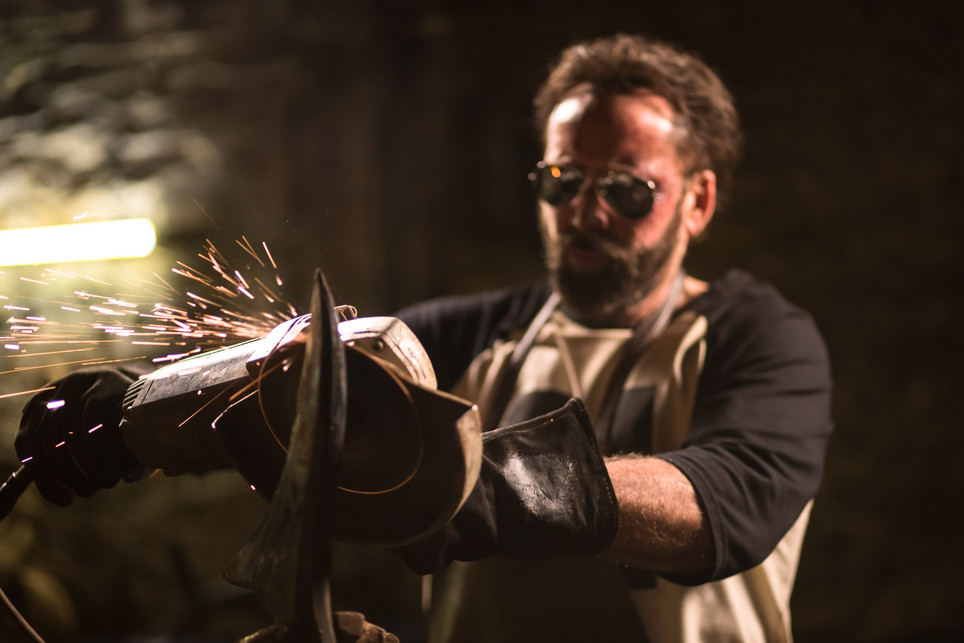 Nicholas Cage is almost always solid gold, no matter what film he's in. However, when he gets a role that really channels his manic, intense energy, he's among the best Hollywood has to offer. Enter Mandy, a drug-fueled horror-thriller about a man taking his revenge for his wife's murder. At its core, Mandy is a simple film, but the cinematography and art direction make it stand out among its peers. They say war is hell, but in Overlord, that's doubly true. The film channels both Saving Private Ryan and Dawn of the Dead to present what may be the best "Nazi Zombie" film of all time. The production value is top-notch here, and Overlord manages to toe the line and keep from becoming B-movie schlock. The film is an excellent treatise on both the horrors of war and the horror of zombies and keeps a straight face, even while the undead are on-screen. 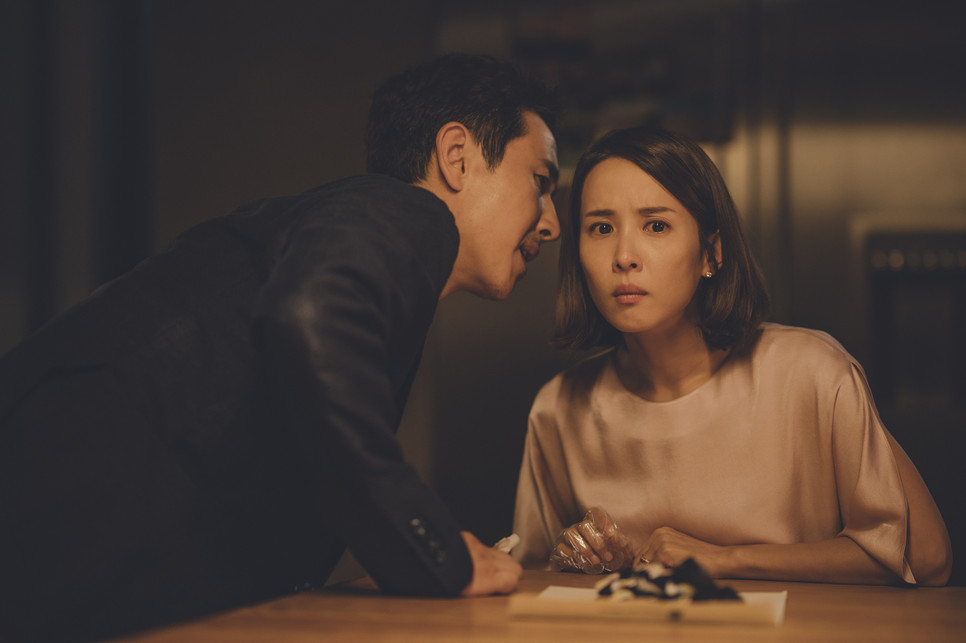 Parasite isn't a traditional horror film, but it has enough horror elements to make this list. It follows the Kims, a tightknit, impoverished family who are a bit lazy and listless. The film opens with the Kims down on their luck. However, this soon changes when the son, Ki-woo, is hired as an English tutor by a wealthy Park family. The film's humor slowly turns to drama, then terror as the Kims attempt to grift the Parks turn south. Parasite is one of the best films of 2019, period, and should be a must-watch for fans of any genre. 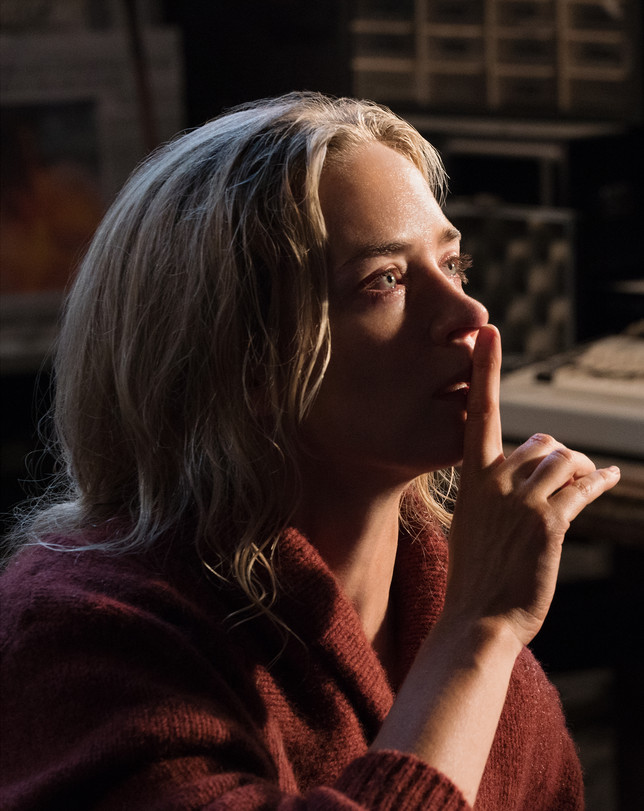 Imagine having to live your life without making any noise above a whisper. A Quiet Place shows a world invaded by monsters that have supernatural hearing and attack anything they detect. The film really makes you realize how noisy everyday living is. But, the real impact in A Quiet Place is the relationship between the Abbott family whose story we follow. The movie also gets points for highlighting American Sign Language and using it correctly as a significant point of the plot. 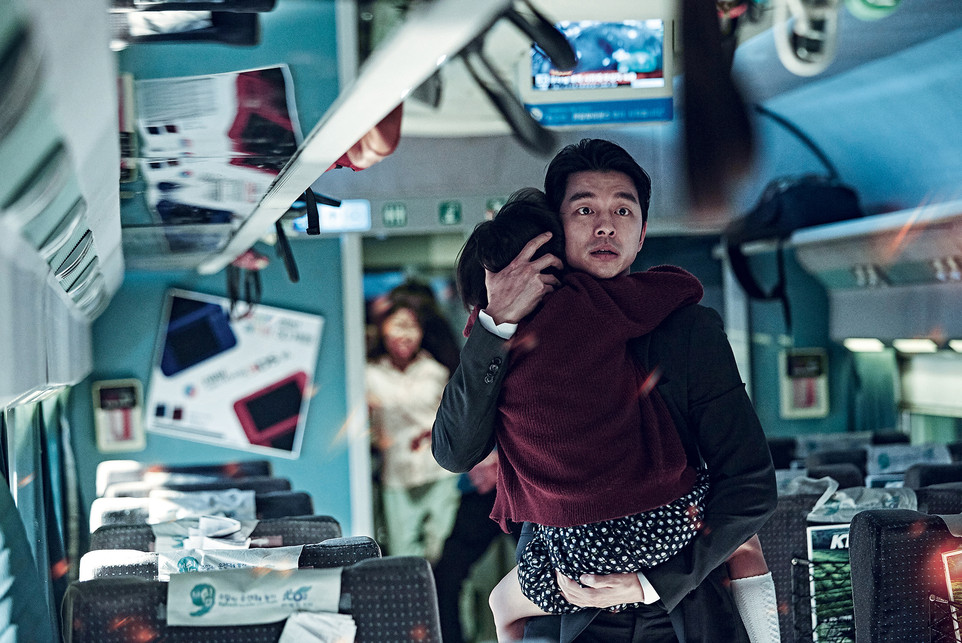 Zombies on a train might sound a lot like Snakes on a Plane, but Train to Busan is one of the most powerful horror-dramas to come out of Korea. It follows a father, Seok-woo, and his daughter, Su-an, journey to Busan aboard a train turns into a nightmare as a zombie outbreak occurs in the country. The whole situation could have come off as gimmicky, but Train to Busan focuses on the interpersonal relations between the passengers and their struggle to survive more than the creatures that pursue them. 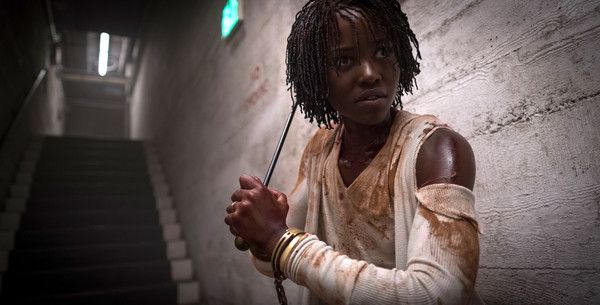 Jordan Peele struck horror gold a second time with the release of Us. The story of a family facing their dark half is as full of allegory as Get Out, but this time Peele levels his sights on classism. Even without the commentary, Us is a terrific horror film that blends terrifying visuals with enough twists to keep you on the edge of your seat.