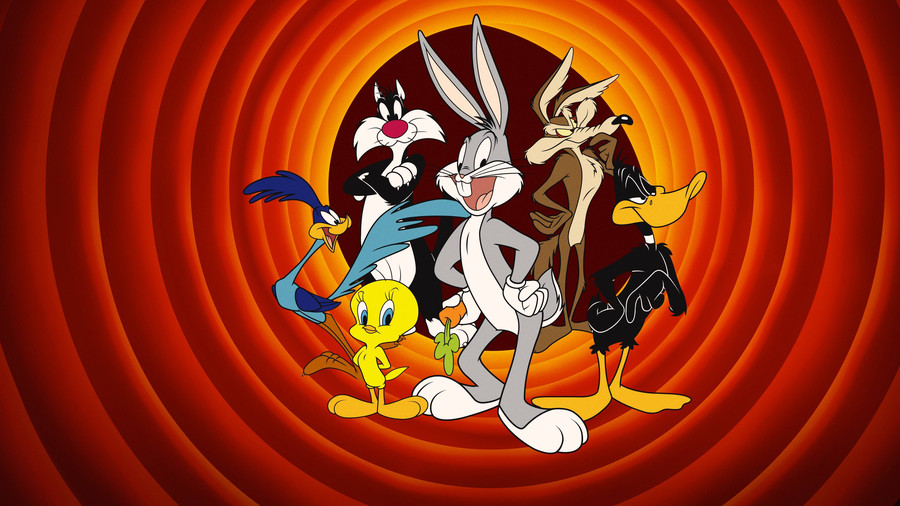 America's favorite cartoon series is ripe with magical moments, slapstick comedy, and some of the best characters on television. Looney Tunes gave us legendary partnerships like Sylvester the Cat and Tweety Bird, Elmer Fudd and Bugs Bunny, and the RoadRunner and Wile E. Coyote.

Every great character needs a great catchphrase, and we've ranked our favorite Looney Tunes catchphrases along with the characters who made them famous. Which is your favorite?

You can't get much better than the most famous phrase in Looney Tunes' lore. The iconic Bugs Bunny made "What's up, Doc?" unforgettable as he dodged advances from Elmer Fudd, outsmarted Daffy Duck, and got the best of the wiley old Yosemite Sam. Bugs Bunny will go down in history as one of the most famous cartoon characters ever, and for that, we thank him for decades of laughs, gaffes, and more.

The endearingly shy pig who made bowties lovable again also gave us a popular show that made it to stages, living rooms, speeches, and beyond. Porky Pig is the average Joe of the show, with an endearing stutter and a heart of gold. Having him close out Looney Tunes episodes for years became a ritual for us – and we all eventually joined in every single time we heard the spunky sign-off.

Short. Condescending. To the point. "You're despicable" is the type of stern admonition you'd expect from a fed-up ex-wife at a court hearing, but hardly from a cartoon duck. And Daffy delivers the line with such conviction and disdain that the phrase took on a believability all its own. Perhaps the only thing that kept the duck's slanderous catchphrase from taking a dark tone is Daffy's unmistakable trademark lisp, causing him to throw saliva every time he throws the insult.

Speedy Gonzalez may not be the most politically correct or culturally appropriate character on Looney Tunes, but boy, was he fun. Every episode with Speedy Gonzalez was sure to be accompanied by his electric energy, clever antics, and some version of a chase scene. And not to be remiss, but for a time not typically known for cultural sensitivity or on-screen diversity, having a cartoon with a quick Spanish lesson was fun and educational.

This one was tough, and admittedly could be even higher up on this list. The famous phrase from Elmer Fudd was a fan favorite for years, and the classic character inspired a range of comedians after him, including the late great Robin Williams. Few things are more entertaining to us than adults with overtly childish traits. Even though Fudd is a cartoon adult, his speech impediment has provided rich entertainment for generations of Looney Tunes fans.

As far as Looney Tunes characters go, Taz is in the top three. He's notorious. He's unpredictable. He's unfiltered. He's FUN. If there were a Looney Tunes reality TV show, Taz would be the first choice for any casting director worth their salt. For that reason, this catchphrase makes the list only in honor of Taz – for all the things deemed inedible that he ingested without batting an eyelash, for every rampage, every broken door, and every belch heard around the world. To our favorite devil from down under – rage on, my friend.

Yosemite Sam occupies a special place in Looney Tunes lore. Yes, he's a hunter, just like Elmer Fudd. But he's also one of the show's few tough guys, where Fudd teeters the line between incompetent and innocent, as innocently as a man carrying a loaded 12 gauge can be. He's also the character with the strongest personal dialect – he almost has too many good catchphrases to count.

Yosemite Sam's Napoleon Complex is so strong that we might as well rename it the Yosemite Complex: a small man syndrome that results in rootin' tootin', shotgun shootin', rascal-nabbin' tomfoolery. Yosemite Sam embodies the Old West and is the closest we'll get to a cowboy on the iconic Looney Tunes series. But we don't need no doggone cowboy – we'll be just fine with the meanest, roughest, toughest hombre that's ever crossed the Rio Grande.

If cute had a competition, Tweety Bird would place in the top ten. That massive forehead, those big blue eyes, and yes, that adorable speech impediment all make for a character so lovable that it's even cute when he gets mad. And all that gives TB significant staying power: "I tawt I taw a puddy tat" has been a toon catchphrase for over 50 years, making its way into films, comics, and even making it to song, charting at no.9 on Billboard.

What is succotash? What does it have to do with a cat? Why would it suffer, and is the suffering a bad thing? To this day, cartoon lovers everywhere can attribute an important history lesson to Sylvester the Cat's famous words.

Succotash is a lima-bean-and-corn-based dish introduced to European settlers by Native Americans in the 17th century and was a staple dish throughout the Great Depression. It's no wonder that a cartoon cat who emerged in the 1940s would have some fun with the word, although he can't claim to have coined the phrase: "Suffering succotash." It's allegedly a minced oath that popped up in media as early as 1910.

Short and sweet, "BEEP BEEP!" has outsized trademark value. As the only words spoken by the fastest bird in the West, "BEEP BEEP!" has made it onto tee shirts, coffee mugs, song jingles, and beyond. The Road Runner's catchphrase has always held quiet value but had its big moment when in 1995, Time Warner Cable marketed its high-speed internet option as Road Runner High-Speed Internet.

For the next 17 years, "BEEP BEEP!" was part of our regular cable programming, showing up in our mailboxes, email inboxes, commercials, and more. The Road Runner's profile raised significantly, and we're told it went a little to his head. Nothing an anvil couldn't fix (we're looking at you, WIle. E. Coyote.).