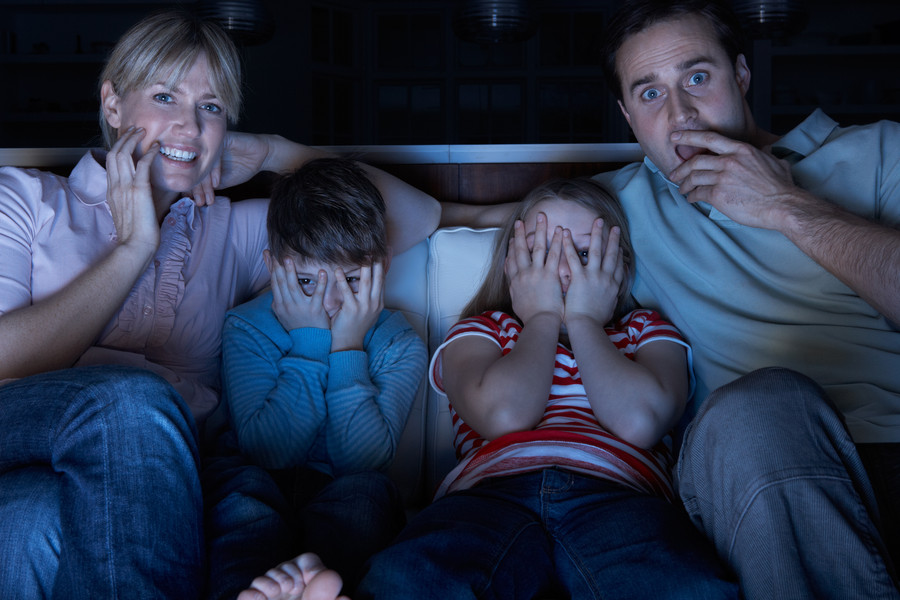 Some people like to be scared. It's the reason why horror movies have been so successful at the box office since the beginning of cinema. And it's not just adults who love them. Kids do too!

It can be hard for parents to find age-appropriate scary movies for their kids to watch. We're talking about kids who are no longer toddlers, but not yet teens. This age group can be tricky: the "scary" movies for little children are probably not scary enough, but the scary movies for teenagers are too intense.

So, if you have a youngster who likes nothing more than to be on the edge of his or her seat, here is a list of films that hit the sweet spot for kids roughly ages 7 to 12. Scary, but not too scary.

A 1990 throwback, "Arachnophobia" is high on tension but low on gore, body count, and violence. The "bad guys" are some Venezuelan spiders and the good guys are the very funny Jeff Daniels and John Goodman, so there's a good dose of humor in there for the parents as well.

It's a little surprising the 1988 dark comedy "Beetlejuice" is rated PG because there are some fairly intense scenes. The movie follows a couple as they wrestle with a new family that moves into their house after they die. It's a tale the whole family can probably enjoy, but it comes with a warning: if you are younger than 10 years old, watch at your own risk!

"Coraline" the cartoon is one of the scariest movies on the list, so the kiddos who like to be scared will love it (and so will the parents for that matter!). It's about a young girl who discovers a parallel world of her own, filled with temptation and desire. She quickly learns, though, that it is full of darkness and evil.

"The Dark Crystal" is one of those Jim Henson movies that tells an epic adventure story and keeps viewers glued to their seats with thrill after thrill. If you have the time, it would make a great double feature with "Labyrinth."

"Ghostbusters" and "Ghostbusters II" is a pairing that largely depends on the kids in your family because they are movies that are definitely targeted at adults, which means there are some adult situations, strong language, and the humor might go over children's heads. That being said, there are lots of both scary and funny parts that won't go over their heads, so this could be a real one-two punch for some kids.

"Goosebumps" and "Goosebumps 2" is a pairing that is perfect for kids who want to be scared and have outgrown movies for little kids but who aren't quite ready for, say, "Beetlejuice" or "Ghostbusters." These movies, based on R.L. Stine's book series of the same name, are adorable with just a few scares. Also, if your kids like these movies, the 1990s TV show by the same name is one to look up as well.

The "Gremlins" and "Gremlins 2" pairing skews more toward the older end of the spectrum because things get a little gory when the titular gremlins wreak havoc on an unsuspecting town. But the gremlins' mischievousness keeps these movies from truly being horror films.

"Jaws" is a classic because it is incredibly intense without actually showing much violence or gore. But because of that, it might be a little slow for kids this young. Still, some kids are going to fall in love with "Jaws" and if they do, there are three sequels (of decreasing quality) they can enjoy afterward.

Another Jim Henson romp, "Labyrinth" follows a young girl on an epic quest to rescue her baby brother from Goblin King David Bowie. He really is incredible in this and there's music to boot. But there are also some pretty scary parts, like the oubliette, the fireys, and the bog of eternal stench.

If you've never seen this hidden gem, you are missing out. "Tremors" is an incredibly funny and also scary monster movie starring Kevin Bacon, Fred Ward, and Reba McEntire. There are some F-bombs and just a little bit of gore, so if that concerns you, skip this one. But this is one of the best scary-but-not-too-scary entries on the list.

Roald Dahl wrote some excellent children's books and "The Witches" is one of the best adaptations of one. It stars Anjelica Huston as the Grand High Witch, the leader of evil witches who masquerade as everyday people. One young boy and his grandmother must do everything they can to stop them.

Sure, "The Wizard Of Oz" is a delightful musical, but people tend to forget how downright scary some of it is — the Wicked Witch (Margaret Hamilton), the apple trees, the flying monkeys. And if your kids like the 1939 original, the 1985 sequel (which is not a musical) really steps things up in the scare department. "Return to Oz" is much more in line with L. Frank Baum's books and is quite scary for kids.