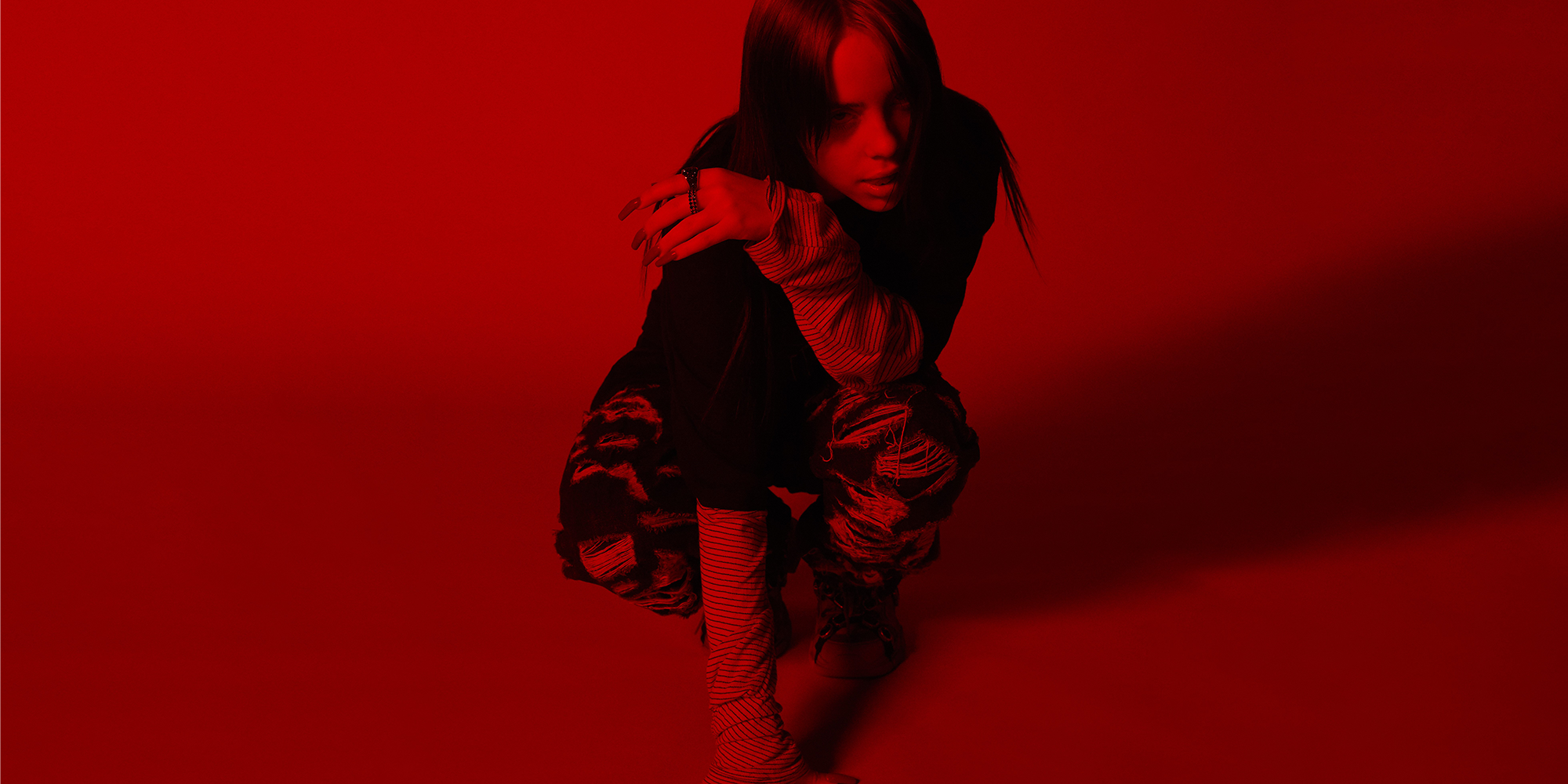 At 18, Billie Eilish will be the youngest artist ever to perform a title song for an 007 movie — a refreshingly youthful pick for the often traditional Bond machine. “It feels crazy to be a part of this in every way,” she said last week. “James Bond is the coolest film franchise ever to exist. I’m still in shock.”

The singer has written and recorded the theme for the forthcoming film, No Time To Die, and follows Adele and Sam Smith, who both won an Oscar for their efforts. She is the first teenager ever to tackle a Bond song.

The choice is apt. Eilish has had an extraordinary adolescence, while making a career of encapsulating an ordinary one, winning over an army of young female fans who see themselves in her. She was born Billie Eilish Pirate Baird O’Connell, which brings to mind what Madonna allegedly told her biographer: “With a name like Madonna, what else could I have been but a superstar or a nun?”

Eilish was raised in Highland Park, Los Angeles, where she still lives with her parents and older brother, Finneas, a musician and actor who appeared in Glee, and her regular collaborator. He has co-written and produced the Bond theme.

When she was 13, Eilish posted her first track, "Ocean Eyes," to SoundCloud; it was a cover of a song Finneas had written for his own band. “That song gave me my life,” she has said. Its dream-like electro-pop and misty minimalism quickly caught fire online, and Eilish was marked as a star in the making.

By 15, she had signed to a major record label and was being interviewed by Vanity Fair. Last year, when asked by the Sunday Times if, in light of her rapid success, she was the same person she had always been, she expressed incredulity that anyone in her position could claim that. “I remember everything about who I was, but I don’t recognize that person any more,” she said. “Around when I turned 16, I died and got reincarnated as Billie Eilish.”

Her debut album When We All Fall Asleep, Where Do We Go? came out in March 2019, and turned her star into a supernova. Recorded at home, and produced by Finneas, it had a harder edge than Eilish’s earlier, more tentative songs, and her image adjusted accordingly. While a guest on James Corden’s "Carpool Karaoke" in December, Eilish said she had been writing music since she was six — with a self-aware eye-roll at how precocious that might sound. She performed one of her first compositions for Corden, a ukulele-driven song that featured the line, “We lay all day in a comfy bed / What a wonderful life.” The teen-goth pessimism and angsty hyperbole for which she would become known was yet to emerge.

When it came, it was magnificent and brooding, and appealed across generations. Her videos were horror-tinged and menacing. She flashed black eyes in the nightmarish promo clip for Bury a Friend, and had cigarettes put out on her face in the self-directed video for Xanny, a slurry, hazy song about how drugs make people boring. Eilish prefers clothes that look as if they’re about to swallow her up and she streaks her hair, currently cut into a mullet (an accident), with neon dye. “I never want the world to know everything about me,” she said, when she starred in an ad for Calvin Klein. “That’s why I wear big, baggy clothes. Nobody can have an opinion because they haven’t seen what’s underneath.”

Later, she told Pharrell Williams that she felt as if people praising her for “saying no to being sexualized” was potentially “slut-shaming” girls who chose to wear tight clothing. “I can’t [overstate how] strongly I do not appreciate that, at all.”

In the age of streaming, the idea of distinct musical genres has all but collapsed, and this has allowed Eilish and her brother to cook up a sound that blends elements of hip-hop, SoundCloud rap, industrial rock, pop and EDM. Eilish has made pop weird again. The single "Bad Guy," with its witty, droll lyrics and mic-drop moment of a pause, followed by “duh,” is her biggest hit yet. The song is about trying to out-fake a faker. She wrote it in her bedroom, and played the demo to Finneas, who told Rolling Stone he thought it was cool because “no girl has ever really been like, I’m the bad guy.”

When Eilish performed it at Glastonbury last year, it was a runaway festival highlight, as the pogoing masses could attest. "Bad Guy" was so mighty a hit that it replaced rapper Lil Nas X’s seemingly invincible "Old Town Road" at the top of the U.S. charts, making her the first artist born in this century to have a U.S. No. 1 single.

As Eilish fever raged last year, Popjustice founder Peter Robinson tweeted: “Imagine how amazing a Billie Eilish Bond theme would be.” When the news was announced, I called him to discuss his clairvoyant skills. “When I said that, I thought if they asked her, she’d say this kind of franchise is of no interest to me or to my generation. So I was quite surprised that she said yes,” he said. But he pointed out that her music is inherently cinematic, and she has a song on the Roma soundtrack, called "When I Was Older."

“She’s not Shirley Bassey. There’s a real power in the understatement of her music. When one of her songs comes on the radio, it sounds like some alien transmission has taken over Capital or Radio 1.” For this new Bond, with a Phoebe Waller-Bridge-assisted script, and True Detective’s Cary Fukunaga directing, Eilish, a strong contender for the voice of her generation, makes perfect sense.

Throughout 2019, Eilish hoovered up awards and accolades. She was nominated for the Grammys and MTV Awards, and is up for best international female at the Brits. She was Billboard’s woman of the year, and Spin and the Guardian both named her artist of the year. Her fan base is as broad as it is substantial. She appeals across the generations, though the devotion of younger fans is so fierce they have been known to burst into tears on meeting her. “She was the same age as her fans for a long time,” Robinson said. “They were her peers, and she has a real connection with them.”

As well as a similarity in age, that connection is built on Eilish’s perceived openness and candor. “What’s different now, compared with 10 years ago, is that artists are allowed to say what’s on their mind more,” says Robinson. “She’s a reflection of that change, but she’s also driving it.” Eilish has discussed her mental health, and revealed that she has Tourette’s syndrome, albeit after being forced to do so by fans putting together a compilation of tics captured during various video interviews. “I just didn’t want it to define who it was,” she told Ellen Degeneres, on her chat show. “Really, it’s just a bunch of tics.”

She seems to handle her considerable fame (she has almost 50 million Instagram followers, and is one of the most-streamed artists on Spotify) with preternatural maturity, and is largely positive about her experience in the limelight. “I never had any issues with people trying to pull me in a different direction,” she said. “I think that might just be because I’ve always been the kind of person that knows what the f*ck I want, and if it’s not what I want, I am not going to do it.”

Her mother is actress and screenwriter Maggie Baird; father, Patrick O’Connell, is an actor

In mid-noughties with brother Finneas, now an award-winning producer

"Ocean Eyes" (which went viral when she was just 14)

Bad Guy, Everything I Wanted, Bury a Friend, When the Party’s Over, Wish You Were Gay

This article was written by Rebecca Nicholson from The Guardian and was legally licensed through the NewsCred publisher network. Please direct all licensing questions to legal@newscred.com.