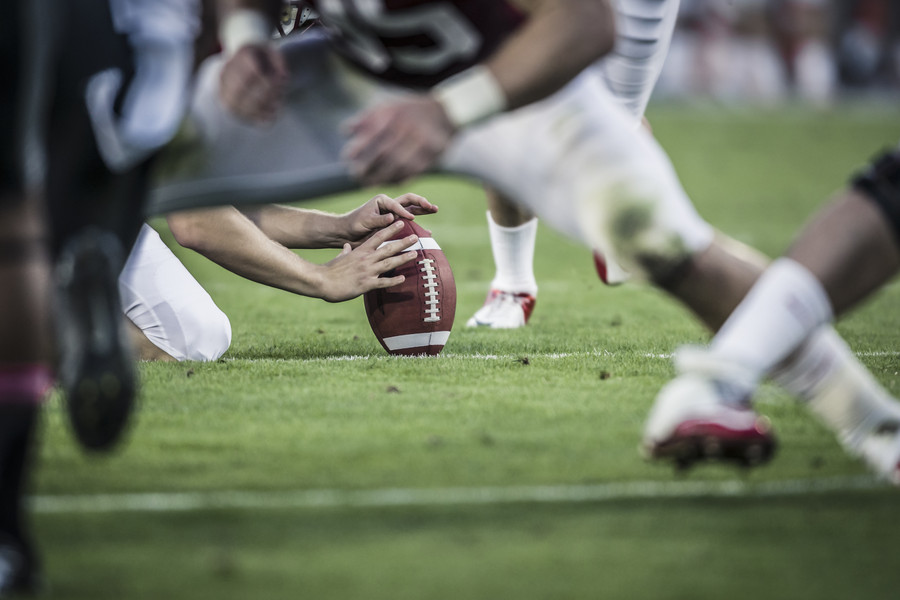 Unspoiled by the incentive of flashy agents or lucrative contract renewals, college athletic victory is pure. Raw. Unfiltered magic. And we love the taste of it.

All this magic is big money. And someone is getting paid (a lot) for it.

Business Insider reports that the NCAA brings in a whopping $1 billion annually. From ticket sales to licensing agreements to merchandise sales, and this massive revenue is driven by the passion of its fans. According to Bleacher Report, March Madness is the 14th most highly viewed sporting event on earth, ranking just above the UEFA Champions League Final. Not much farther down the list is the NCAA National Championship game, touted as the Super Bowl of college sports. Even the Rose Bowl made it into the top 25, meaning that at least three of the 25 most highly viewed sporting events in the world involve players that aren't getting paid.

So if the league is making billions, and the coaches are making millions, how does the NCAA justify not paying its players? And where does all the money go?

The history of NCAAs no pay rule

For decades, the NCAA has repeated the same language when addressing players as student-athletes. The corporation stresses that any player who participates in a campus sport does so as a student first and that the school they play for is allowing them to receive a college education in recognition of their elite athletic ability. On its surface, this explanation makes enough sense. After all, college is a significant opportunity for anyone fortunate enough to attend, and certainly has a high cost associated with it. Addressing players as student-athletes makes it clear to everyone that these players are to be treated as students first, athletes second.

When it comes to recruitment, players are supposed to choose the school where they believe they will receive the best education as well as the best athletic experience.

Any time money changes hands—especially big money—and victory is at stake, people will bend the rules to win. Gifts, expensive college visits, buckets of swag, and name-brand merchandise—everything but flat-out bribery, and sometimes flat-out bribery, has been used to court players to attend certain schools. And every so often, we get a report of a school getting "caught," and receiving a slap on the wrist. But without a fundamental rule change, the punishment is merely optics—a chance for the NCAA to say, "See? Everything's above water. We're an institution built on integrity. But we're still not going to pay players." The machine keeps moving, fueled by the energy of the athletes, engineered by the passion of the fans, greased by the vague and pricey PR of the NCAA rhetoric.

But what about video games? Magazine covers? Television appearances? Sure, these players are students first, but how realistically, they are also celebrities. Are we supposed to treat these celebrities like average students just because the NCAA asked us to? And who stands to benefit from everyone addressing athletic superstars as student-athletes—the athletes? Or the league itself?

We imagine these were the core questions brought up that lead to the pivotal new rule change that began in California, a law that represents a massive shift toward players receiving compensation for their work and visibility.

On September 30th, 2019, California governor Gavin Newsome signed into law SB 206, the Fair Pay to Play Act, which "allow[s] all student-athletes enrolled in public and private four-year colleges and universities in California to earn money from their name, image, or likeness." The bill, which goes into effect in 2023, provides protections for student-athletes to hire agents to pursue endorsement deals without losing their scholarship if they receive any payment for their work. The bill also prevents colleges from enforcing NCAA rules that prevent player compensation and prohibits the NCAA from banning colleges or universities from intercollegiate competition if any of their players end up signing endorsement deals.

The new law marks a huge shift in course, and Governor Newsome knew it. He made the announcement on Lebron James' HBO series "The Shop: Uninterrupted" and signed it into law right there on camera. As expected, the Governor was met with a flurry of opposition from the NCAA, from threats of legal action to being called "unconstitutional" and an "existential threat" to accusations that the law would effectively turn players into employees of the school.

Imagine being a babysitter, not getting paid for your hours worked, and listening to the parents of the children you babysit explain that you're not being paid because babysitting alone provides valuable parenting experience. Imagine those same parents then not allowing you to advertise your babysitting skills to get other paid work. The NCAA's stance of opposing player endorsement deals, under the guise of protection, is deceptive at best and flat-out greedy at worst. But fortunately, the free market answered and anted up, and the NCAA was forced to play ball.

The biggest implication of Fair Pay to Play was the question of recruitment: if top athletes knew they could attend a California school, have a chance at a national championship, and sign a seven-figure shoe deal with Nike, how could other schools compete? Naturally, other states rushed to draft their legislation. Eventually, the NCAA announced that its top governing board voted unanimously to allow players to begin receiving compensation for the use of their image and likeness in connection with products outside of the NCAA.

Yes, the NCAA's new rule change marks a significant shift in players' rights and their ability to profit from their hard work. Going from earning no money to potentially earning hundreds of thousands (if not millions) of dollars in endorsements is a major deal. It's an opportunity not just for high-profile players, but also for companies who want to align themselves with an untapped marketing opportunity. It's important to note, however, that the money earned by players would essentially be a new industry—an emerging market rather than a market competing with NCAA earnings. That $1 billion in annual revenue is still going to the NCAA with no plans (yet) of divvying it out to the players, which paints the NCAA's opposition to SB 206 in a new, disturbingly greedy light.