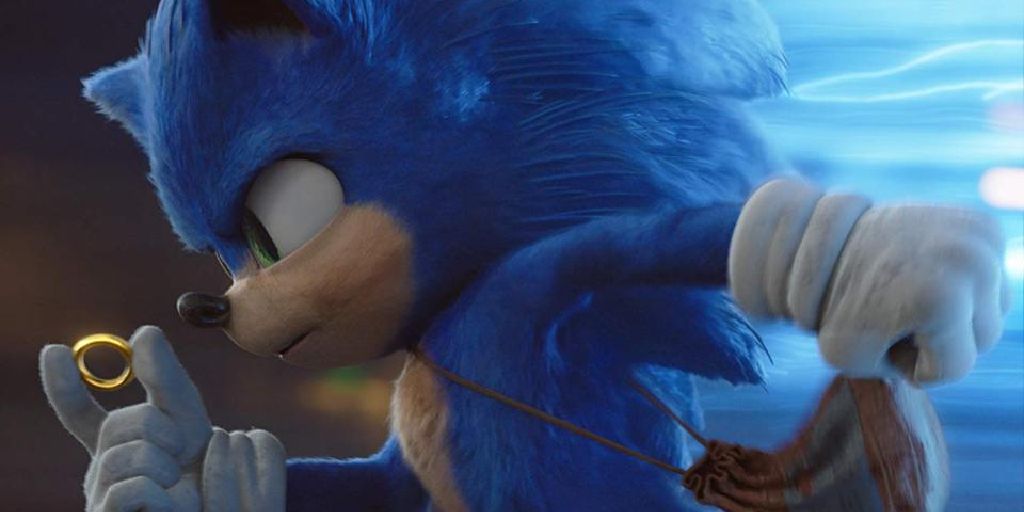 Sonic the Hedgehog, starring James Marsden and Jim Carrey, raced to the top of the box office over the Valentine's Day holiday weekend, earning a superb $58 million Fri.-Sun. cume for a $70 million four-day cume. It’s the biggest Fri.-Sun. launch ever for a video-game movie, second when adjusted for inflation behind only Angelina Jolie’s Tomb Raider ($47 million in 2001/$77 million adjusted). Good reviews helped, as did the fact that audiences young and old wanted to see a Sonic movie. But the film’s most significant source of pre-release controversy accidentally gave the movie a big boost. Yes, I’m talking about the creepy, more “realistic” Sonic animation that caused a ruckus after the release of the first trailer. The outcry caused a course correction and what turned out to be a very beneficial date change.

As you may recall, the first trailer, featuring a more “humanoid” version of Sonic the Hedgehog, debuted in late April to immediate online outrage. Sure, everything causes reactions of outrage and/or snark these days, but the outpouring of disapproval was strong enough for the director Jeff Fowler to take to Twitter to assure folks that the designs would be changed to match more closely the video-game versions. As much as I’m loath to argue that filmmakers should “listen to the Internet” when it comes to crafting these IP-specific films, even the kids were appalled. This wasn’t loud adults complaining about how a critically acclaimed and $1.333 billion-grossing The Last Jedi “ruined” Star Wars. Snarky adults had their fun, but the design did not look remotely as “cute” as Pikachu, Peter Rabbit or Baby Yoda.

It’s one thing for adults to joke (?) about how scary The Polar Express was in 2004 only for kids and regular adults to show up over the holiday season and turn it into a perennial favorite. It’s quite another when the kids, the ones who are as likely to be aware of Sonic as their parents, look on with horror and despair. So Paramount and Sega quickly made up their minds to redo the animation for the main character, allegedly at the expense of just $5 million, to turn the $90 million flick into a $95 million feature. Although, once rebates and the like were tabulated, the final number came in at $85 million. Point being, $5 million was a small price to pay for making the title character both appropriately accurate and appropriately adorable.

We can’t know whether the folks who cringed hardest at the original Sonic designs, which for the record were not remotely the fault of the tireless animators who brought him to life, would have still shown up in theaters for the opening weekend without a change in art. After all, we all whined about the redesigns for Paramount and Platinum Dunes’ Teenage Mutant Ninja Turtles reboot, but that poorly reviewed actioner still opened with a sky-high $65 million in late summer 2014. Nonetheless, the outcry over the first trailer caused Paramount both to fix the designs and move the film back by three months. Sonic the Hedgehog was initially scheduled for Nov. 15, 2019, but instead, it ended up opening on Feb. 14, 2020.

In a vacuum, that might be a tomato/loathe date change. But it turned out to be hugely beneficial to the James Marsden/Jim Carrey comic fantasy. Thanks to the date change (and related controversies), it became more of an event than it would have been opening in mid-November. Not only was it much more talked about than it might have been had the “new” design been there from the start, but the date change turned Sonic the Hedgehog from just another kid-friendly IP exploitation to the first big kid flick in months. In its original slot, it opened alongside failed IP exploitations Terminator: Dark Fate and Charlie’s Angels. Even a decently performing Sonic would have faced Frozen II in weekend two and the triple punch of Jumanji: The Next Level (Dec. 13), Star Wars: The Rise of Skywalker (Dec. 20) and Spies in Disguise/Little Women on Christmas.

The design changes were debuted in the film’s second trailer, which ironically came out in the same week when the movie would have initially opened. The longer trailer a.) assured folks that Sonic would look like Sonic, and b.) was a frankly far better trailer than the teaser. So, heading into 2020, Sonic the Hedgehog looked like a halfway-decent time killer, with the whole “video-game movie curse” on hold thanks to Tomb Raider, Rampage, Detective Pikachu and Angry Birds Movie 2. However, by the time it opened, families and kids were primed for its PG-rated pleasures. It followed a near-constant stream of R-rated 2020 releases, like The Grudge, 1917, Bad Boys for Life, The Gentlemen, The Rhythm Section and Birds of Prey. Sonic the Hedgehog raced into theaters like a carton of bottled water to lost desert travelers.

All due respect to Cats, Dolittle and Spies in Disguise, but Sonic was a bigger deal on that weekend than it would have been in November as the first big kids flick of the year after months of “restricted” offerings. It benefited from the same comparative drought that helped turn The LEGO Movie into a sensation six years ago. That WB toon broke out (a $69 million opening) partially because it was the first big kid flick since Frozen in late November. And, yeah, this current drought helped Jumanji: The Next Level leg it to $307 million (and counting) domestic from a $59 million mid-December debut. By moving from November to February, Sonic went from being the third or fourth most exciting IP/franchise flick of November 2019 to being the first family-friendly event movie of 2020.

With decent reviews, strong word of mouth (including an A from CinemaScore) and little in the way of “new” kiddie competition (unless Call of the Wild pulls a miracle) until Pixar’s Onward next month, it’s more likely than not that Sonic the Hedgehog will pass $150 million to a.) pass Detective Pikachu’s $144 million domestic cume to become the biggest video-game-based movie of all time, and b.) pass Mortal Kombat’s inflation-adjusted gross ($70 million in 1995/$145 million adjusted) to become the second-biggest “tickets sold” video game movie behind Tomb Raider ($131 million/$211 million).

Now, it’s entirely possible that a Sonic movie would have opened well regardless in mid-November, with the online handwringing being about as effective as it was for Aladdin. But the date change turned out to be a blessing in disguise.