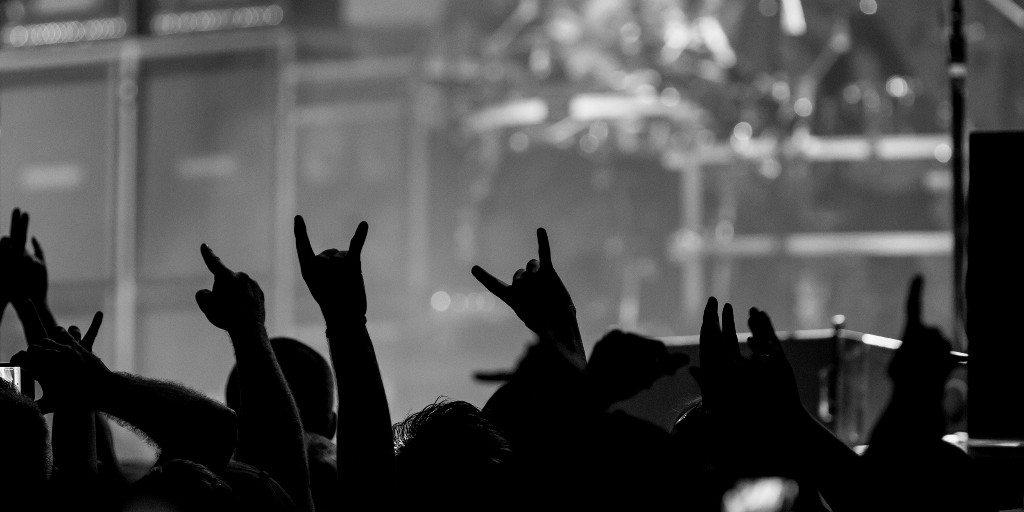 In the entertainment industry, the much-coveted “triple threat” is someone who can sing, dance, and act with equal flair. Brendon Small, co-creator of the cult animated series "Home Movies" and the eardrum-rupturing Adult Swim show "Metalocalypse", will do you one better: He’s an established stand-up comedian, animator, actor, voice actor, writer, director, producer, singer, and death metal band frontman. And that might not even cover all of his IMDB credits.

Though his name is little known outside of Comic-Con, Small might be one of the most talented creators in television history. As the "Metalocalypse" creator, he wrote, directed, executive produced, voiced three of the main characters, and composed and performed all of the music for the all-black comedy. Fans of the show will know what sort of Herculean feat that is as he wrote original music for every single episode of the 61-episode show.

Small has also had cameo roles in some of contemporary television’s most revered animated shows, including "The Venture Bros.", "Aqua Teen Hunger Force", "Squidbillies", and "Frisky Dingo".

To some, Small’s name might seem faintly familiar as he shares it with the eight-year-old protagonist in "Home Movies"—you guessed it—Brendon Small.

Though Small started his career in the music world, getting his training at the Berklee College of Music, he decided to focus his sights on comedy shortly after graduating college as rock music had long ago come down from its heyday. While performing at a stand-up comedy show, he was discovered as a potential fit for a United Paramount Network (UPN) pilot that was being developed by Loren Hal Bouchard, the now-creator of "Bob’s Burgers". Together with Bouchard, Small would ultimately develop the first episode for "Home Movies", making a splash as the co-creator, writer, producer, and composer.

"Home Movies" only ran for five episodes on UPN due to poor ratings, but was eventually swooped up by Cartoon Network, where it had a 52-episode run. Aside from garnering rave reviews from critics and a heartfelt devotion from its cult fanbase, "Home Movies" served as a musical trial run for Small. By the end of its four-season airing from 1999 to 2004, Small had written 52 songs for the series (including a Franz Kafka rock opera).

In many ways, the show served as the perfect precursor for a show centered around a melodic death metal band.

Everything from Steely Dan to Cannibal Corpse is how Small describes a typical music listening session for him. Suffice it to say, the man knows his music, clearly loves his metal, and has a wide-ranging musical taste that reflects his wide-ranging talents. Shortly after "Home Movies’" last airing, Small and co-creator Tommy Blacha premiered the music-driven parody of heavy metal culture "Metalocalypse" on Adult Swim. Apart from voicing Skwisgaar Skwigelf, Pickles the Drummer, and Nathan Explosion—three of the five members of the show’s headlining band—Small invested an incredible amount of work in not just composing the music for the show, but working to showcase the intricacies of metal musicianship through intricate animation of chord positioning. It’s clear on first viewing of "Metalocalypse" that it’s a show made by a devout music lover–even if it doesn’t take that devotion too seriously.

Dethklok, the fictional band showcased in the show, has even gone on to release three full studio albums (each debuting on the Billboard 200 upon release) and tour with the likes of established metal acts like Mastodon and Converge, with Small serving as frontman along the way. What other TV creator could say he shared a stage with Lamb of God?

Though he’s been restricted to use the name Dethklok while performing since the show’s wrap, Small continues to record music in the Dethklok vein, most recently releasing the album "Brendon Small's Galaktikon II: Become the Storm" in 2017.

Although Small probably won’t be touring musical venues for the foreseeable future, his unprecedented collection of talents will surely ensure that he secures a TV deal for another cult-favorite series that will most definitely put his musical talents to use, and that will further cement his place as the most talented TV creator you’ve never heard of.