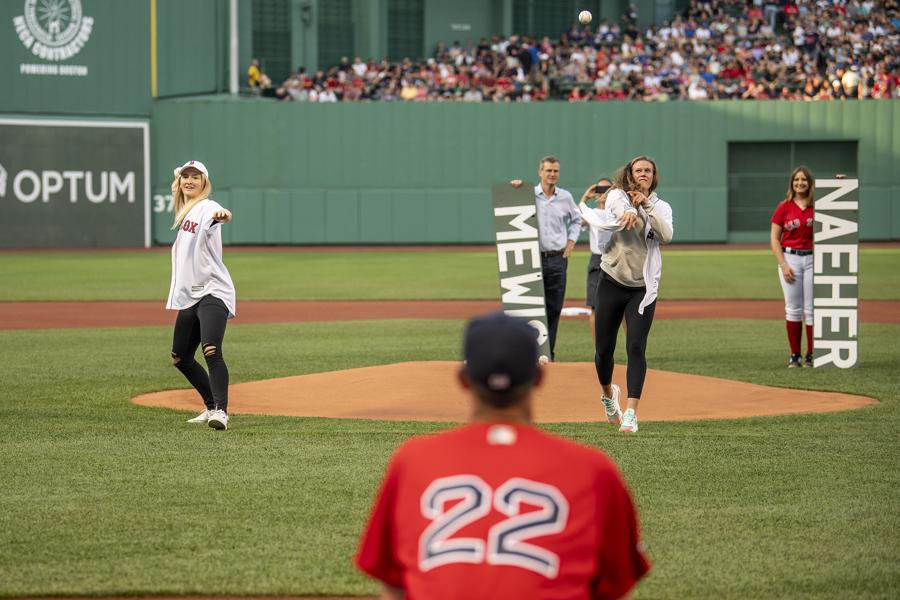 Major League Baseball is not inattentive to what is happening to the game at the grassroots level in the U.S. The game is being taken over by rich, white kids. The Travel Ball bonanza has hobbled recreation leagues sucking ambitious kids—some good, some average—off the community ballfield. The travel ball dreamers take their amped-up, cut-the-infield-with-scissors-so-it-is-perfect parents with them to play on private teams that cost $3,000 to $15,000, or more.

The travel ball mavens—kids and parents—are ambitious. Good for them. They want to achieve. That’s not a sin.

It would be a sin if MLB wasn’t looking for remedies for the pinch that causes kids of more modest talent and income to get left behind on the community field. These “rec kids” fade from the game because of inconsistent effort from parents and local municipalities to boost the game.

What is happening at the roots of the game—the young drifting away before they can become solid fans, coaches, trainers, and umpires—ties into what is happening upstream in baseball. MLB is selling five million fewer tickets the last five full seasons. High school baseball is down 5,000 participants from 2018 to 2019. The fabulous 2019 World Series had the lowest ratings of a Fall Classic since 2012. Everyone blames it on youngsters not being jazzed up by baseball.

MLB understands. It is grinding away with a youth development program headed by Tony Reagins, the Executive Vice President for Baseball & Softball Development. From Play Ball to Fun At Bat to RBI to the Prospect Development Pipeline, to Trailblazer Series, a girls baseball tournament, MLB is working mightily to grow the game with young fans.

It may not look like it with attendance figures, but the initiatives seem to be working. Young fans are tuning in to games in this abbreviated 60-game season.

There is one marketing scheme MLB needs to plan for in the spring when ballparks, hopefully, are open again to all comers. Bob Hope, the Atlanta public relations man who helped Ted Turner turn the losing Braves into a spectacle in the 1970s and 1980s, said MLB needs to resurrect the Silver Bullets, the women’s professional barnstorming baseball team.

The women would be fertilizer for the roots, Hope insists.

The Silver Bullets (1994-97) sold out many minor league stadiums when playing against men. Women and girls flocked to see these Globetrotters of the diamond. They did not hit home runs and they could not throw the baseball 90 miles per hour, but they were fundamentally sound, enthusiastic, and more skilled than the gawkers anticipated.

Hope was the President of the Silver Bullets, who were managed on the field by Hall of Fame pitcher, Phil Niekro.

“The Silver Bullets made money once we got the revenue stream sorted out and working,” Hope said. “It was an absolute success. People viewed it as a brand of baseball, a new extension of the game, and it sold itself.

“It would be a great time for a resurgence. It is hard not to like a game for kids where you don’t get hurt out in sunshine.”

The key for Hope is fans accepting the women’s game as a “brand” of baseball and an “extension” of the game. You cannot be tethered to the 450-foot home run and 100 miles per hour fastball. You have to relish the delayed double-steal, the relay to home of the ball hit into the rightfield corner, and hitting behind the runner.

Gina Satriano, a Los Angeles prosecutor, pitched for the Silver Bullets and, after the Silver Bullets disbanded, she kept pitching for a women’s baseball team in LA. She was the first girl to play Little League Baseball in southern California. The game was magic for her.

Satriano threw in the low 80s, which is pedestrian speed, but she was fun to watch because she changed speeds, threw strikes, and worked fast. When she got a weak grounder or lazy fly from a male professional player, the crowd cheered.

“It absolutely would help the popularity of the game to have that team back,” Satriano said. “Having a chance to play professional baseball was a dream come true for me. There are a lot of girls out there who would love the chance to play baseball.”

For a chance to play baseball, the women will allow the game to exploit them, if that is what you want to call it, and then they will take what they want from it, the joy of competition.

Reagins said MLB is not ruling out a return of the Silver Bullets. There is already considerable engagement going on with girls, he said, which includes a development program at the old Dodgertown in Vero Beach, Fla., now called The Jackie Robinson Training Complex.

You can bet the barnstormers are standing by ready to jump in again.

“We know the Silver Bullets had some success in that independent, barnstorming atmosphere,” Reagins said. “All options are on the table if we get to that level.”

Reagins said as girls get older many transition from baseball to softball, partly to chase college scholarship opportunities. “The desire is to keep them engaged,” Reagins said. “If they play softball we don’t see that as a downside. It is a connection to our sport.”

USA Baseball, a governing body for amateur baseball in the U.S., sponsors a women’s national baseball team. That team has been around since 2004, but it only plays international competition and, in many cases, against over-matched opponents in just six or seven games in late summer. That is no way to get the media to cover you, or inspire young players.

If Reagins and MLB hope to make baseball for girls and women as mainstream as soccer in the U.S. there is going to have to be bigger push to get it on the marquee. Women in baseball has to be promoted in front of large crowds in minor league parks throughout the summer to give the grassroots some real fertilizer.

“The game needs to be opened up to half the world’s population,” Hope said. “Little girls are like little boys out there. They think there is nothing in the world they can’t do.”

This article was written by Ray Glier from Forbes and was legally licensed through the Industry Dive publisher network. Please direct all licensing questions to legal@industrydive.com.