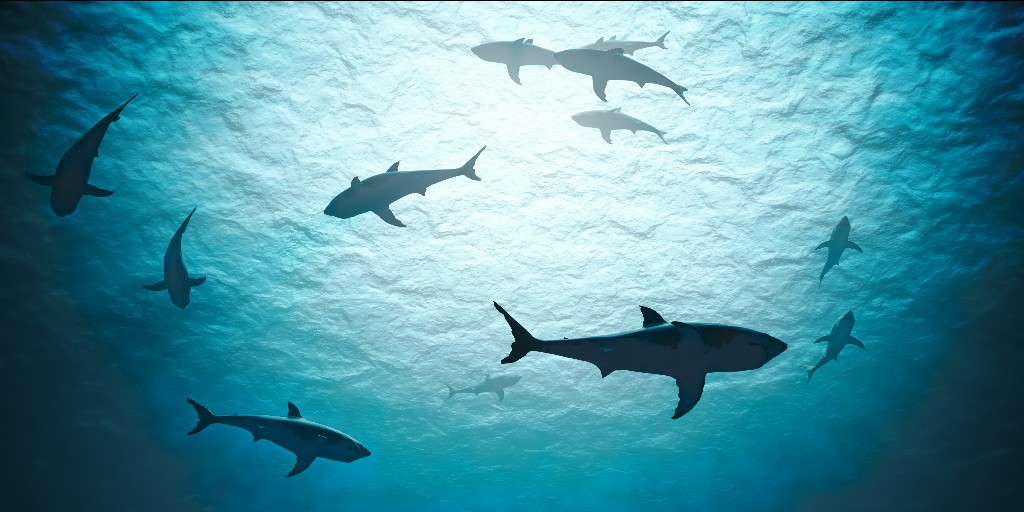 The 10 Weirdest, Coolest Sharks in the World

With Shark Week in full swing, there’s never been a better time to remind yourself that the earth’s oceans are vast, deep, and full of wonderful and terrifying beasts. More than 1,000 shark species have been identified in the world, from the tiny, eight-inch dwarf lantern shark to the massive, 62-foot whale shark.

Scientists have been finding rare sharks more rapidly recently. According to David Ebert at the Pacific Shark Research Center, 20% of all shark species have been discovered in the last 10 years. Sadly, that’s largely due to fisheries plumbing ever deeper depths, threatening many species with extinction. (Visit Project Aware, Shark Angels, or Oceana for more information and to learn about ways that you can help protect sharks from hunting and overfishing.)

Here are 10 of the weirdest, coolest, most bone-chilling sharks out there, in order of when they were first discovered, and whose fearsome mandibles you can enjoy from the safety of your own home.

Weighing up to 10,000 pounds, the basking shark is the second-largest fish in the world after the whale shark. These 40-foot-long filter feeders migrate with the seasons and swim near the surface, mouth open wide to filter the water for plankton. The inside of its massive mouth eerily resembles a ribcage, but this slow-swimming giant is harmless to humans. Sadly, the basking shark has been overfished over the centuries and is now considered vulnerable to extinction.

This parasitic shark is no bigger than a cat, but its bite packs a fearsome punch. These little guys use their sharp upper teeth to latch onto much larger prey — fish, seals, humans, great white sharks, whales, you name it — and their lower triangular teeth to scoop out a disturbingly round chunk of flesh, often leaving their victims not dead, but severely injured. Cookiecutter sharks have even been known to take down nuclear submarines, chomping on electrical cables and sonar domes that disabled the subs’ navigation capabilities. Though the name is cute, the animal is anything but.

A member of the carpet shark family, this reef-dwelling shark lies in wait for its prey to swim by, using its splotchy body and branching skin flaps to blend in with the ocean floor. But don’t assume it’s lying down on the job — the tasseled wobbegong has been known to eat everything from fish to octopuses, sometimes unhinging its lower jaw to capture its meal and hold it with its needle-sharp teeth. Other sharks aren’t even safe: In 2012 in the Great Barrier Reef, scientists caught a wobbegong on camera ingesting a bamboo shark whole.

This seven-foot-long, sinuous-bodied shark resembles a giant eel and always looks a little like it’s smiling — but it’s not the kind of grin you’d want to sidle up to. The rarely seen frilled shark has a whopping 300 bright white teeth inside its mouth, which it uses to latch onto its prey — squids, fish, and other sharks. This prehistoric monster has been trawling the deep for 80 million years, and the man who discovered it, 19th-century naturalist Samuel Garman, believed that the frilled shark is the source of long-standing sea serpent myths.

Of all the sharks you wouldn’t want to run into while out for a swim, the goblin shark might be the scariest. It was originally known as the tenguzame, named after a mythical long-nosed demon by Japanese fishermen. This rarely seen predator boasts jagged teeth and a protruding snout, known as a rostrum, which allows it to sense the electrical fields generated by the fish it feeds on. But this shark’s most otherworldly feature is its ability to distend its jaw far out in front of its body to catch its prey, resembling nothing so much as a xenomorph from “Alien.” The species is also a living fossil — a staggering 118 million years old.

With a mouth that can open as wide as four feet, this huge, whale-like shark lives up to its reputation. Enormous jaws agape, the megamouth trawls the ocean for plankton and jellyfish, alternating between the deep sea and shallower waters. First discovered when one was caught in an anchor off the Hawaiian coast in 1976, this behemoth is a rare sight in the wild; only about 100 have been observed by humans. It’s also an outlier among sharks — scientists have put the megamouth in a genus and family all its own.

Resembling a miniature sperm whale with glow-in-the-dark photopores all along its body, this tiny, 5.5-inch shark could indeed fit in your pocket. But that isn’t where its name comes from. That’s due to the pockets behind its pectoral fins, which contain glands that secrete a bioluminescent fluid. Only two have ever been seen by humans — one caught off the coast of Chile in 1979, and the other in the Gulf of Mexico in 2010, making it the rarest shark on earth. (It’s also probably the cutest shark on earth, but that hypothesis has not been proven by scientists.)

Not much is known about the viper dogfish, as this deep-sea-dwelling species has only been identified a handful of times off the coasts of Japan and Taiwan. Though it’s less than 18 inches in length, the viper dogfish looks terrifying, with a black, bioluminescent body, wide eyes, and needle-like teeth. It’s believed that this small shark spends its days around deep-ocean seamounts and rises nearer to the surface at night to hunt, and that, similar to the goblin shark, its jaws can protrude from its mouth to swallow prey whole.

If the name of this deep-water shark strikes you as particularly cool, that’s by design — researcher Vicky Vásquez, who discovered the shark, was inspired by a conversation with her younger cousins. (They originally suggested “Super Ninja Shark.”) And indeed, the Ninja Lanternshark is sneaky as its name suggests. With a black body, white eyes, and a faintly glowing underbelly, this small shark mimics dim light passing through water in order to be invisible to its prey. Even better, its scientific name is Etmopterus benchleyi, in honor of “Jaws” scribe Peter Benchley.

Scientists have known about sawsharks since the 18th century, but two new species were identified in March of this year, one near Zanzibar and the other off the coast of Madagascar. Like other sawsharks, they use their long, serrated noses to dig fish, squid, and crustaceans out of the sand on the ocean floor, or to slash their victims as they swim past. These new varieties have six gills instead of the usual five, and have existed right under our noses for some time; researchers have since found other six-gill sawsharks mislabeled in collections at London’s Natural History Museum. 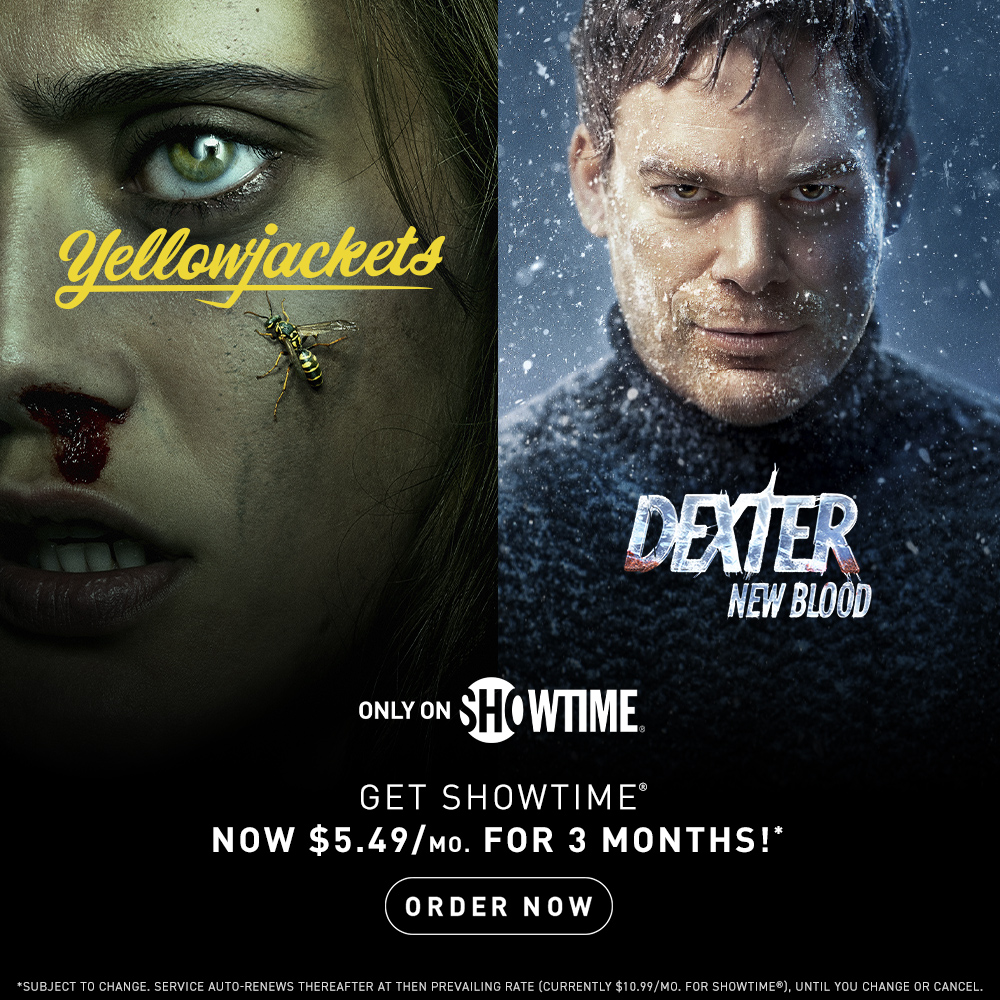