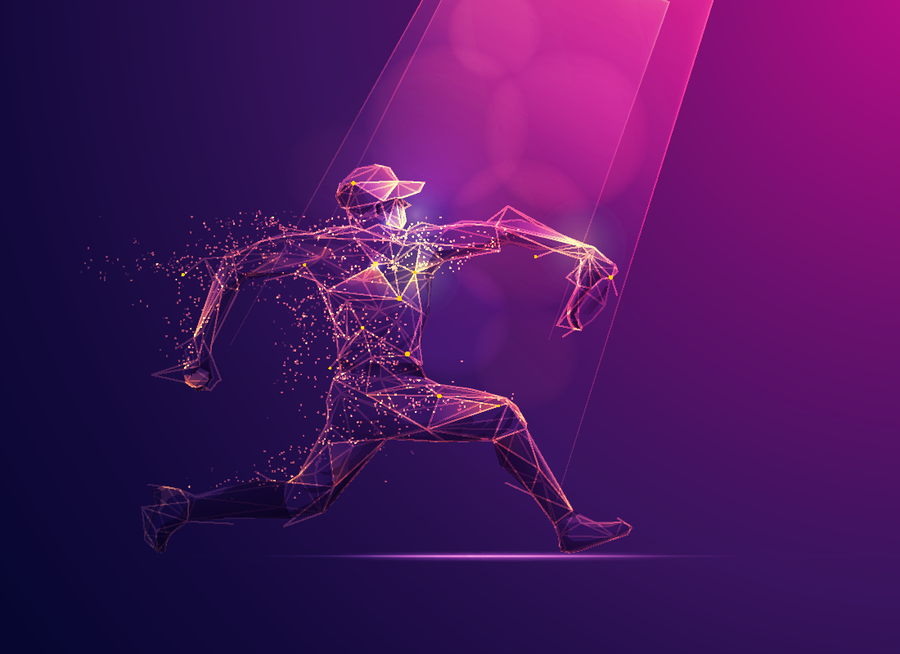 When Major League Baseball introduced a new, more aerodynamic baseball during the second half of the 2015 season, the changes were dramatic. By 2017, home runs had increased by 35 percent, leading to an all-time single-season record. That was enough to trigger an investigation by a team of scientists commissioned by MLB itself.

In February, MLB sent a memo to all 30 clubs outlining changes to the regular-season baseball used in 2021. Rawlings, which manufactures the balls at its plant in Costa Rica, would loosen the tension on the first of three wool windings within the ball, an adjustment designed to lessen the weight of each ball by 2.8 grams without changing its size. The hope was that this would lead to fewer home runs.

So far, it has. The average of 1.18 home runs per game (through April 13) would be the lowest over a full season since 2018. At least one pitcher has noticed a difference on the mound, too.

"I also think that affects spin as well," Dodgers pitcher Jimmy Nelson said. "I think I've been able to spin my curveball and slider better, really all of (my pitches), because the seams to me feel a little bit bigger. They're raised more than they were just a few years ago. Whenever they are a little looser, the ball actually feels bigger in your hand, because the tighter it is, the ball is going to feel smaller and harder."

Meanwhile, the league is attempting to crack down on pitchers illegally applying foreign substances to the surface of the ball. The Athletic reported last week that Dodgers pitcher Trevor Bauer was being targeted specifically. Bauer took offense — not to the allegation of cheating, or to being targeted by the league, but to the report itself.

It's only fair to look. Bauer himself called attention to the correlation between foreign substances and spin rate last year in a piece published by The Players' Tribune. It's easy to conjecture that the spin gains Bauer achieved last season, when he won the National League Cy Young Award, were derived as he suggested they might be: not "through training and technique" but by "using foreign substances." But this is difficult to prove.

Baseball Prospectus tackled the issue this week under the headline "Identifying Pitcher-Modified Baseballs Is Trickier Than It Seems." To determine whether foreign substances are being applied to baseballs, it helps to have three things that are in short supply these days: time, a chromatograph, and a mass spectrometer.

Rubbing mud is routinely, legally applied to game-used baseballs every day by a team's clubhouse attendants. Determining the "normal" parameters of rubbing mud in every ballpark, every year, takes time.

The pine tar and rosin mixtures readily available to pitchers contain an array of chemical compounds that only heavy-duty machinery can isolate. If an umpire sees a dark spot on a baseball, was the spot caused by (legal) rubbing mud or (illegal) pine tar? Better send it to the lab to find out.

If MLB wanted to test baseballs for other illegal substances, it would exacerbate an already complex game of cat-and-mouse with pitchers. When would the quest to weed out every illegally doctored baseball end?

We know the surface of every baseball can be a kaleidoscope. We know the inside of the baseball is changing. We know all of this affects spin rate, home runs, strikeouts, and probably some other things too. The 2021 season is on pace to break single-season records for hit batters, wild pitches, and set a new all-time low in batting average (.233).

What does this all mean? Glad you asked.

The 2021 season might represent the first honest effort to draw a straight line from Point A (the internal composition of the baseballs, and the substances being applied to their surface) to Point B (a style of play that elicits more strikeouts, walks, and home runs). Two weeks into the season, we're seeing how difficult it is to isolate cause and effect — and what happens when trying to hold individuals responsible for doctoring the ball.

Let's say a laboratory is able to identify a "control group" of game-used baseballs with a certain kaleidoscope of legal foreign substances. And let's say this laboratory notices a statistically significant difference in every baseball Bauer throws. How does the league prove that Bauer himself is responsible for the difference and not, say, a clubhouse attendant? Not even pine tar and resin can concoct a situation that sticky.

This helps explain why minor league baseball is experimenting with a host of rules changes at every level this year. Scientifically analyzing every baseball's surface is tedious. Systematically changing the manufacturing process of every ball is painstaking. Changing the rules, by contrast, is simple. Keep this in mind when the Atlantic League debuts a pitching mound 61½ feet from home plate, and when Double-A infielders are required to keep their cleats off the outfield grass.

Give credit where it's due: MLB is trying to effect change the easy way and the hard way. It is doing the opposite of nothing. In the end, the tinkers might not elicit the desired effect, but this is the opposite of turning a blind eye to the winds of change, even if you need a mass spectrometer to see them.

This article was written by J.P. Hoornstra from the Los Angeles Daily News and was legally licensed via the Tribune Content Agency through the Industry Dive publisher network. Please direct all licensing questions to legal@industrydive.com.