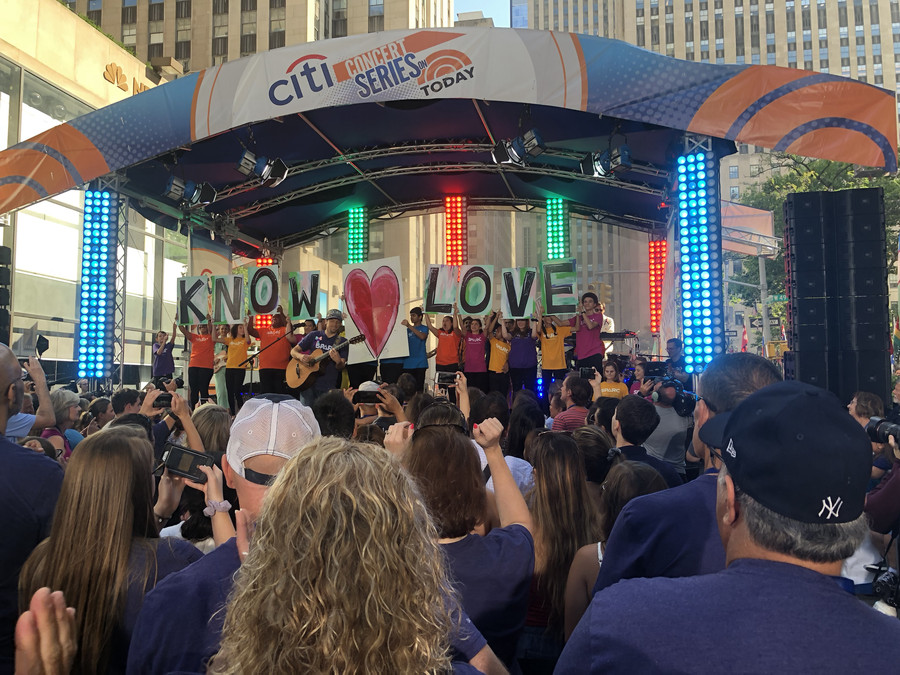 There were no bad vibes on the plaza when pop singer-songwriter Jason Mraz took the stage at the Citi Concert Series on TODAY.

The Grammy-winning artist brought boundless positive energy to Rockefeller Plaza Friday as he serenaded fans with his hits and new material from his latest album, Know., released today.

"Everyone's in a good mood when Jason Mraz is here," TODAY Show anchor Al Roker told the crowd before Mraz's performance. The now 41-year-old musician has been crafting hits that, despite all the chill vibes, burn up the charts.

Even TODAY Show anchor Hoda Kotb couldn't help getting into the groove while a video package played preceding Mraz's performance. 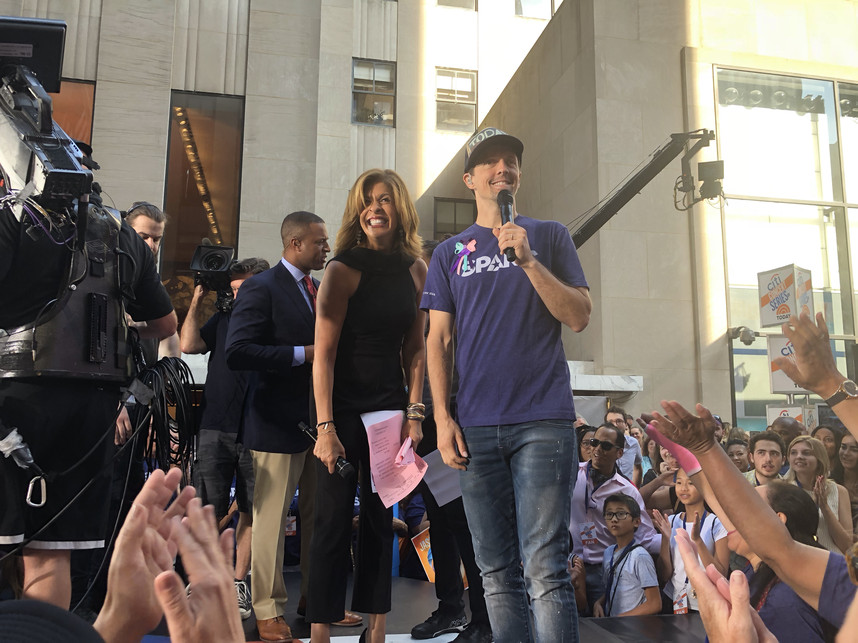 Fans waited on line for hours to see the Virginia native, and once he started strumming the first few bars to his hit, "I'm Yours," the audience swayed and sang along to the familiar lyrics.

If the crowd was pledging its devotion, it wasn't to Mraz alone. Joining him onstage were performers from the School of the Performing Arts in the Richmond Community (SPARC), an arts school training kids from ages 3-18. Mraz is an alum.

This performance showcased students from SPARC's innovative LIVE ART program, a cutting-edge, inclusive arts education program that empowers young performers of all abilities. They backed-up Mraz on ukuleles for "I'm Yours," but supplied increasingly complex choreography throughout the set.

For "Have It All," Mraz's second selection during Friday's performance, the kids filed down the runway into the crowd to show off their expert dance moves while parents from the program whooped and hollered. 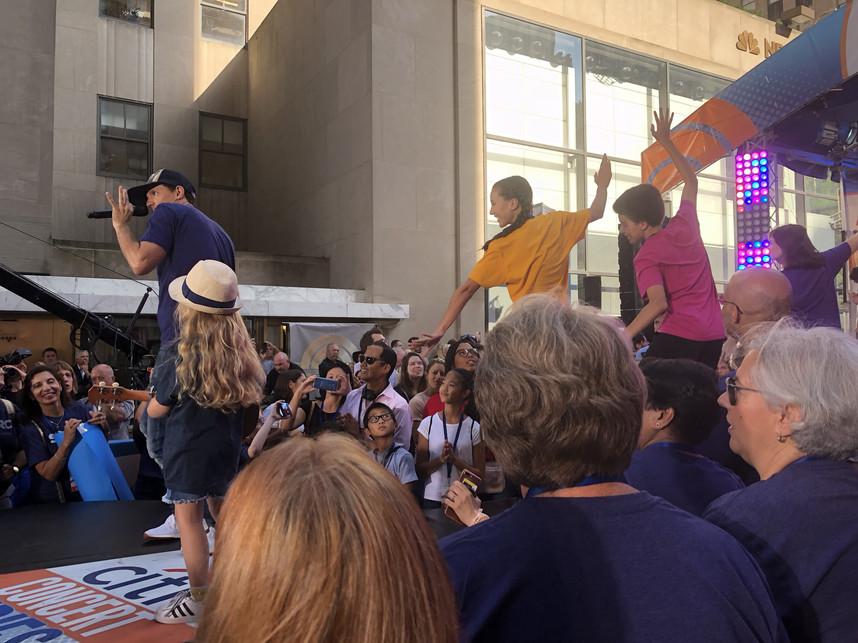 SPARC is heavily featured in the video for "Have It All" as Mraz leads a joyous, dancing rebellion through the classrooms and halls. The track is classic Mraz -- a buoyant, upbeat series of well-wishes like "may the best of your todays be the worst of your tomorrows" and "may the road less paved be the road that you follow."

For such a shining example of Mraz's songwriting prowess, the track almost never saw the light of day. Mraz started writing "Have It All" following a visit Myanmar in 2012. The lyrics came to him after hearing the Buddhist blessing "tashi delek." The rough translation -- "May you have auspiciousness and causes of success" -- became the opening lyrics to "Have It All."

After cutting a demo, he forgot about the song until last summer when an Atlantic Records A&R rep came across it. The resulting track is such an infectious, feel-good jam, the audience couldn't help enthusiastically throwing themselves into the choreography.

It's easy to lose yourself in Mraz's music. Like the recent obsession with feel-good television shows like Great British Baking Show, Queer Eye and Making It, Mraz's sunny songs are the perfect antidote to everyday stress and bad news. He describes the latest album as a collection of love letters to his wife, but the themes are universal.

"Love is the foundation of everything," he told the TODAY Show anchors between songs. 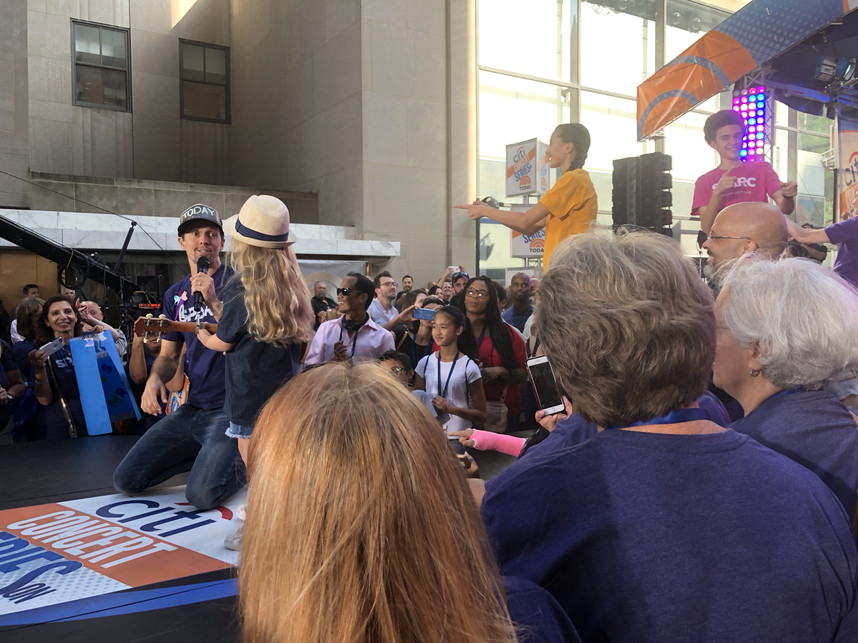 To close out the performance, the SPARC students attempted their most ambitious stage show. While Mraz sang his breakout hit, "The Remedy," they assembled hand-painted signs to create hearts, butterflies and a crocodile. They turned over and arranged the pieces to spell out messages like "INCLUDE," "KIND" and "ONE VOICE."

The powerful demonstration was undeniably moving, but even without the visual presentation, the lyrics still resonate as deeply as they did when the song blew up in 2003.

"I won't worry my life away," Mraz crooned.