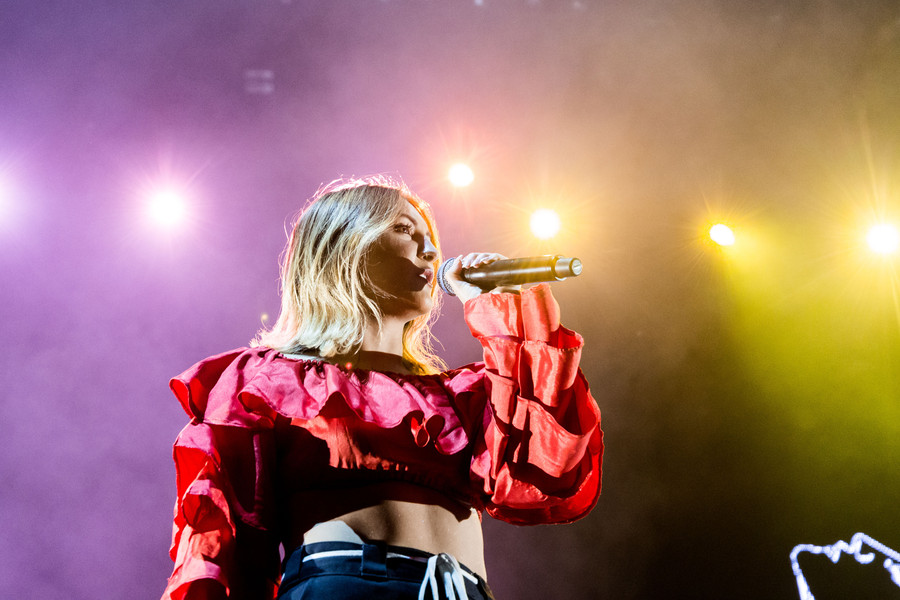 This Friday, July 27th, pop singer Julia Michaels will be hitting the stage to perform at New York City’s famous Rockefeller Plaza as part of the Citi Concert Series on TODAY.

Though Michaels only started releasing her own music in 2017, she’s actually been a force in the pop-music industry for years, writing songs for Fifth Harmony, Shawn Mendes, Britney Spears, Gwen Stefani and more – she even wrote one of Justin Bieber’s biggest hits, "Sorry", and Ed’s Sheeran’s song "Dive" from his latest album.

Her debut single, "Issues", solidified her role as a pop star in her own right and, since peaking at #11 on the Billboard Hot 100, the song has also led to her earning two GRAMMY-nominations! At Friday’s concert, get ready to hear all the other hits off of Michaels’ debut album, Nervous System. On her website, she shares how she came up with the album’s name, explaining that:

“A lot of my songs have to do with the nervous system and things that are stimulated by touch and emotion. One day, the title just popped into my head. It made sense with how emotional the songs I’ve written are and who I am. Of course, I personally am a fucking nervous system as well, so there’s that.”

Along with her hit album, Michaels has also been taking the world by storm, appearing on the latest RL Grime album Nova as well as opening for three major tours in the past year alone – Shawn Mendes’ Illuminate, Niall Horan’s Flicker, and Maroon 5’s Red Pill Blues. She also released a new single, "Heaven", which was included in the Fifty Shades Freed soundtrack.

Most recently, Michaels released the song "Jump" with rapper Trippie Redd. It has a cooler, edgier sound than some of her songs in the past. And, who knows – maybe this will set the tone for a new album in the future.

For now, though, Michaels is focusing on writing more songs – whether or not they’re for herself. Listen to the acoustic version of "Jump" below as well as a Spotify playlist and and get ready for her live concert, this Friday on TODAY!