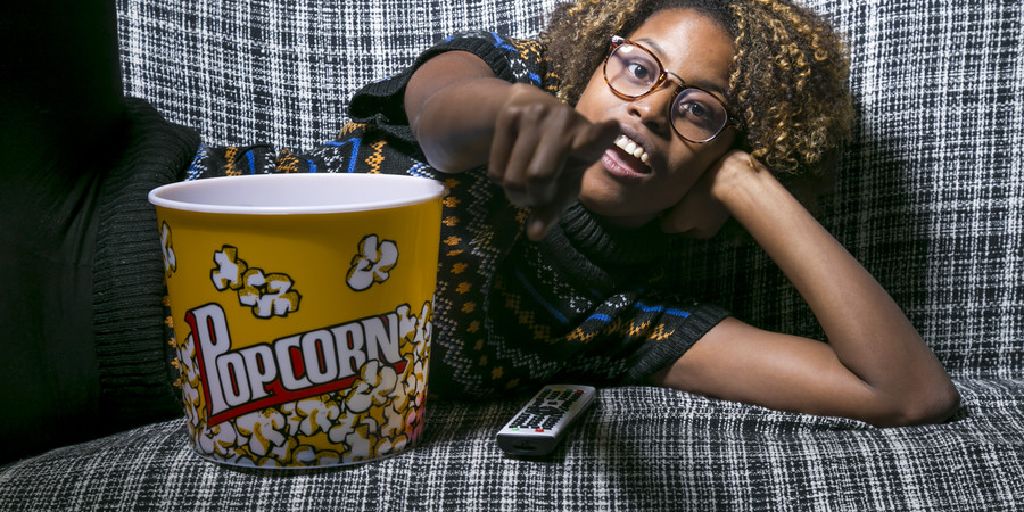 There are game shows, and then there is "Jeopardy!" Created by Merv Griffin, with whose "Wheel of Fortune" it trips in syndicated tandem through the ages, it is an institution, an education, a model for living. Though it is a contest for money, it is also a quiet quest for excellence in a way that, say, "The Price Is Right" is not.

Beginning today on ABC, the show makes a rare leap into prime time, with a "Greatest of All Time" tournament that brings together the show's three top earners, Brad Rutter, Ken Jennings and James Holzhauer, in a first-to-win-three match that will run consecutive nights on ABC as long as it needs to. (Technically, it is already over; these episodes were filmed in December.) The winner will take home $1 million and a "Jeopardy!" home game — well, I don't actually know about the home game, but it felt good to write that. The losers, you'd have to technically call them, will pocket $250,000 apiece.

This is not nearly the first time former winners have returned to compete in some special framing of the game. (Jennings and Rutter went up against IBM's Watson in 2011; the computer won.) But there is something more than usually significant about this event, given not just the status of the competitors but also the state of host Alex Trebek, who made his pancreatic cancer public in March, bringing — I'm going to say millions — of viewers along into his yet-indeterminate endgame. When speaking of it, he has balanced hope with realism, honesty with caring for his fans. He's said that he will stay "as long as my skills have not diminished," but he has also indicated that he's got a farewell speech ready in his pocket.

"Jeopardy!" had a previous life, running on NBC or in syndication from 1964 to 1979, with Art Fleming as host. It was, archival footage shows, substantially the same show — if a more modest and hectic one — but it was also a show without Trebek, who has hosted "Jeopardy!" since its 1984 return, and other game shows before and alongside "Jeopardy!"

To say that he's the right guy for the job is almost a tautology, since on some fundamental level he and the show have become identical, like the officer in the Flann O'Brien novel whose molecules from long exposure become mixed with those of his bicycle. ("What is 'The Third Policeman?' I'll take Irish writers for $500.") As the human embodiment of the show, Trebek has the knack of seeming actually to know the answers and more to all the questions — or the questions to the answers, in "Jeopardy!" parlance — independently of whatever information the writers have supplied him. But he never sounds superior to a player who might get something wrong: While winning demands a wide range of knowledge, there is nothing elitist about "Jeopardy!." An amused decorum, a puckish dignity reins. There's room for humor but not for attitude.

This demeanor extends to the players, who dress the way people used to dress when traveling by air. They do not panic. They do not exult in winning, nor do they pout in losing. Whether this behavior is encouraged, or a natural outgrowth of the game itself and the sort of people it attracts to play it, is all the same. "Jeopardy!" contestants have the quality of being at once everyday people and a little out of the ordinary — our neighbors, our nerds.

The dignified approach is reflected too in the show's significant lack of bells and buzzers. No sound accompanies the hand-held trigger that claims a question in the form of an answer — only a modest display of lights. (I have heard Trebek call it a "signaling device"; contestants still call it a buzzer.) There is no happy ding when an answer is correct, no humiliating bleat when it's wrong. There are a modest "time's up" signal when no one answers a question, a chime to signal the end of a round, and — the noisiest thing in all of "Jeopardy!" — a sort of disco-ray-gun fanfare to herald a Daily Double. And where the music in most game shows is designed to heighten tension, the Griffin-penned "Jeopardy!" theme, which plays as the contestants write their Final Jeopardy question-answers, is a walk in the country on a sunny day. (Now titled "Think!," it was originally written as a lullaby for Griffin's son, Tony.) There are no cries of encouragement from the studio audience. You likely make more noise watching at home.

Indeed, anyone who watches "Jeopardy!" becomes a contestant: Watching the show, it is almost impossible not to play along. And because no one is keeping score, we can feel good about what we get right and forget what we don't. It can be oddly empowering.

And where it is not empowering, it can be reassuring. Science lives here, and history and language and statistics. There is no room for rumor, conspiracy theories or the actual fake news that has convinced some that the actual news is fake — unless, of course, the category is Rumors, Conspiracy Theories and Fake News. ("Jeopardy!" writers would come up with something clever for that.) Facts are facts, and when the show does get something wrong, it issues a correction and adjusts accordingly. We should all be so clear-headed.

Still, we are living for the moment in a world in which Alex Trebek hosts "Jeopardy!," a world in which — at 79 and ailing — he has remained strikingly youthful and elegant. Let us live there as long as possible.

This article was written by Robert Lloyd from The Los Angeles Times and was legally licensed via the Tribune Content Agency through the NewsCred publisher network. Please direct all licensing questions to legal@newscred.com.