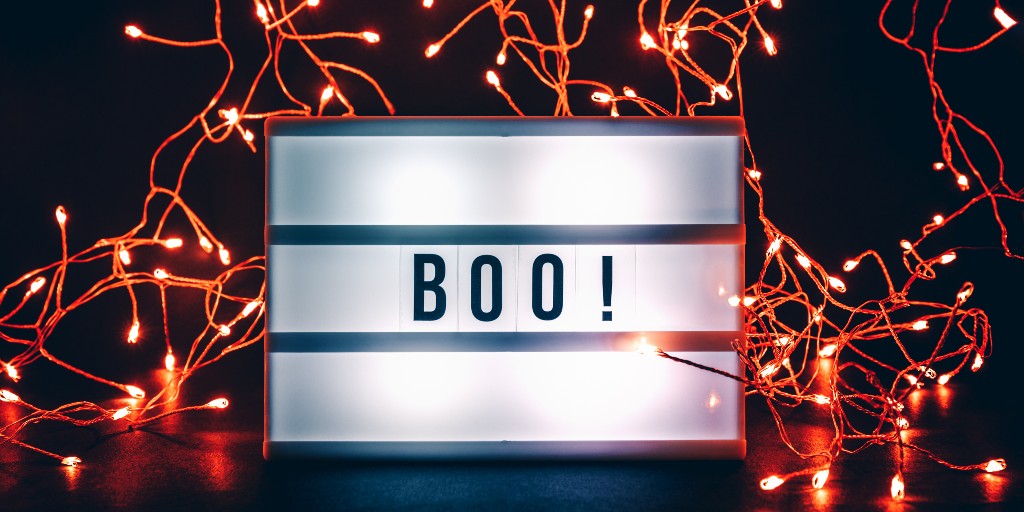 Twists and turns have become so commonplace in the past couple of years that dramatic headlines no longer phase us. And maybe the world feels so incredibly spooky lately that you'd rather just stay home (not that we have much choice lately). Or, perhaps you're itching to leave the house and join in on the candy fest — an excellent opportunity to try out that new Harley Quinn makeup.

Or perhaps the thought of knocking door to door to solicit treats from strangers during a pandemic sounds a little worrying. Whatever your ideas and plans are this Halloween, take some time (and some popcorn) to enjoy these freaky flicks with a few socially-distanced friends. Extra points if you do it in costume!

A Nightmare on Elm Street

Whether you swoon over a young Johnny Depp or just want some more Wes Craven in your life, we’ve got your fix. "A Nightmare on Elm Street" is a classic slasher that was remade in 2010, but the original version introduces us to one of cinema’s most iconic villains: the dreadful Freddy Kreuger. The film follows the lives of four teenagers whose dreams turn to rude awakenings when a crazed serial child murderer leaves their nightmares and enters their reality, creating a series of gruesome murders in his wake.

Critics herald “A Nightmare on Elm Street” as one of the best horror films of all time and even credit it as one of a small group of films to spawn the subgenre “slasher films.” For extra points, sit back and watch one of the franchise’s many sequels, including six sequels, a television series, and a crossover with "Friday the 13th."

The "Scream" franchise has not only kept Drew Barrymore a household name since 1996 but has also been the new prototype for the modern slasher since it emerged over 20 years ago. Anyone of movie-going age in the late '90s remembers how "Scream," with an all-star cast, a bone-chilling trailer, and the perfect blend of childish quips, teenage drama, and very adult problems, took over the horror genre and inspired a whole slew of similar teen slasher films in its wake. Whether you want some fear-induced seated cardio, a good reason to stay in, or some nostalgic lip-biting over your crush on Neve Campbell or David Arquette, "Scream" is sure to deliver.

Okay, so maybe this one isn't a true horror film. But you can't deny that it's relevant, right? Or that it's scary thinking about the possibility of us being in a real-life game of "Jumanji" right now? No, there have not been any elephant stampedes (but there have been dolphin stampedes), and so far, there have only been minor monkey riots.

But you must admit that these past few years have felt like someone has been rolling the dice to decide whether we get hit with another plague, a massive conspiracy, or a world record natural disaster (knock on wood). This Halloween, watch "Jumanji" to reconnect with simpler times when the games were fictional, and Robin Williams was around to make us all smile.

Not all scary movies are packed with jumpy moments and skin-crawling gore. For some, horror is best experienced with suspense. Anticipation. The lingering question of what's to come. Most people don't consider "Signs" to be a horror movie, but the way the young director, M. Night Shyamalan, leverages suspense turns "Signs" into a brilliantly chilling film. If you're into aliens, pre-scandal Mel Gibson, and achingly adorable acting by Rory Culkin and Abigail Breslin, go check it out. And then take us to your leader.

The Silence of the Lambs

Few actors are as convincing as Anthony Hopkins, and few characters are as captivating as Hannibal Lector. In "Silence of the Lambs," we are taken into the bizarre world of Clarice Sterling, an FBI investigator played by a young Jody Foster who earned the Academy Award for Best Actress in the role.

Sterling is tasked to interview Hannibal Lector, a convicted former psychiatrist and a serial killer with a taste for human flesh and Italian red wine, who might offer insight into an investigation of an on-the-loose killer named Buffalo Bill. The frighteningly sinister pins-and-needles relationship between Sterling and Lector delivers enough on-screen tension to snap a tightrope, but the movie is an exciting package of great storytelling, character development, and acting.

With an all-star cast that includes Winona Ryder, Keanu Reeves, Gary Oldman, and Anthony Hopkins, "Bram Stoker’s Dracula" is known for its ornate costuming and sinister storyline that redefines “provocative.” Based on the 1897 Gothic horror novel by Abraham “Bram” Stoker, the film follows Count Dracula (Oldman), an undead Transylvanian Count and vampire who has renounced God and vowed an immortal life of darkness after returning from a great crusade and discovering his lover dead by suicide, as he pursues Mina (Ryder) believing her to be the reincarnation of his long lost lover.

Why are demonic children so horrifying? Okay, sure: Anyone with demonic traits would be terrifying. But maybe it's that we equate childhood with innocence and purity, so a possessed or evil child is spooky beyond belief. Whatever the reason, "The Ring" takes frightening children to new heights, with a horrific kid-aged mystery maiden who is the source of nightmares and ancient folklore. That's all we're gonna say for now. Trust us, but don't blame us.

Whether you decide to stay in or head out to Trick or Treat, this Halloween calls for some good horror flicks. It's not like you couldn't use the distraction, and a good scare might be just the reminder of how good you have it! Save us a seat and some popcorn.