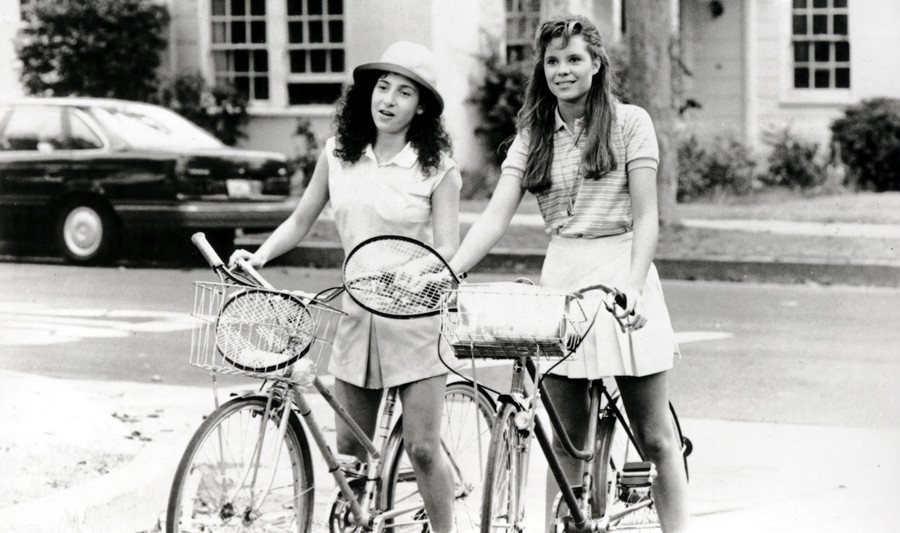 Millennial parents will likely remember more than a few of these 80s and 90s family-friendly flicks, with most available now to stream on HBO Max. So gather up the kids and show them what movies were like in the good old days when you were little with the following films.

Directed by Chris Columbus – the mastermind behind movies like “Home Alone,” “Mrs. Doubtfire,” “Gremlins” and “Bicentennial Man” – this very 80s comedy follows a night gone wrong for teenager Chris (Elisabeth Shue). After her date stands her up, she finds herself babysitting before being called to rescue a friend in downtown Chicago. As she packs the kids (Anthony Rapp included) into the car, a series of comic mishaps ensue.

From the famed director Ivan Reitman, who also brought us films like “Dave” and “The Late Shift,” comes this laugh-out-loud comedy starring Arnold Schwarzenegger and Danny DeVito as – you guessed it – twin brothers. Separated at birth and reunited as adults, this dynamic duo is still funny to look at and hilarious to listen to over thirty years later.

They just don't make 'em like they used to! This John Hughes favorite stars the incredible John Candy as Uncle Buck, a lazy but highly entertaining bachelor who finds himself unexpectedly caring for his brother’s kids (which include the tiny, precocious duo of Macaulay Culkin and Gaby Hoffmann). Laurie Metcalf of HBO’s “Getting On” co-stars as Buck’s girlfriend, who goes from fed up to lovestruck as she watches him turn into a family man in this side-splitting comedy.

Relive the epic rap battle that is Top That! with "Teen Witch," a classic cheesy nerds versus jocks 80's flick with a magical twist. After learning she's a descendent of Salem’s witches with powers that kick in on her 16th birthday, geeky Louise starts using spells to pursue her dreams of popularity – along with the cutest boy in school, of course.

This 80s kid’s cult classic follows two half-brothers as they make their way to California for a video game competition. The duo – Fred Savage and troubled little Nintendo wizard Luke Edwards – make friends and enemies along the way while first romance blooms when a tweenage Jenny Lewis joins them for the ride. Prepare for Universal Studios product placement and some serious “Wonder Years” nostalgia.

Robin Williams stars in this funny family favorite about a divorced dad that goes to the greatest of lengths to spend time with his kids: dressing up as an elderly woman and getting hired as their housekeeper. Hilarious, bizarre, and just plain silly, this flick is sure to get everyone laughing. Sally Field, Harvey Fierstein, and Matthew Lawrence co-star.

Martin Short stars as 10-year-old Clifford in this black comedy about a devilish little boy wreaking havoc on his uncle’s (Charles Grodin) and future aunt’s (Mary Steenburgen) lives. With an undying wish to get himself to Dinosaur World, he manipulates the adults around him in a series of ridiculous, borderline sociopathic ways to get what he wants. Fans love this flick for its weird, dark humor – don’t say we didn’t warn you!

Based on classic children’s stories known as “Our Gang” from the 1930s, “The Little Rascals” is a light-hearted, old-fashioned boys-against-girls tale about a group of kids and their adventures. When Alfalfa falls in love with Darla, he breaks the first rule of the "He-Man Woman Haters Club." Hijinks ensue as he pursues her heart and the rest of the gang try to stop him.

Animation meets live-action in this sports comedy favorite starring Michael Jordan and featuring a slew of 90s basketball greats, along with the whole Looney Toons gang from Porky and Bugs to Tweety and Sylvester. When the cartoons fall victim to an evil band of aliens, they enlist Jordan’s help to win a game to save them all. Insane? Sure. Fun for kids? Definitely.

“That Thing You Do!” follows a Beatles-esque band called The Wonders as they rise to fame and all its grit and glory. With a star-studded cast featuring Tom Hanks (who also wrote and directed!), Tom Everett Scott, Liv Tyler, Steve Zahn, Ethan Embry, and Charlize Theron, this 93% Certified Fresh rated musical dramedy is guaranteed to get your family bopping around the living room.