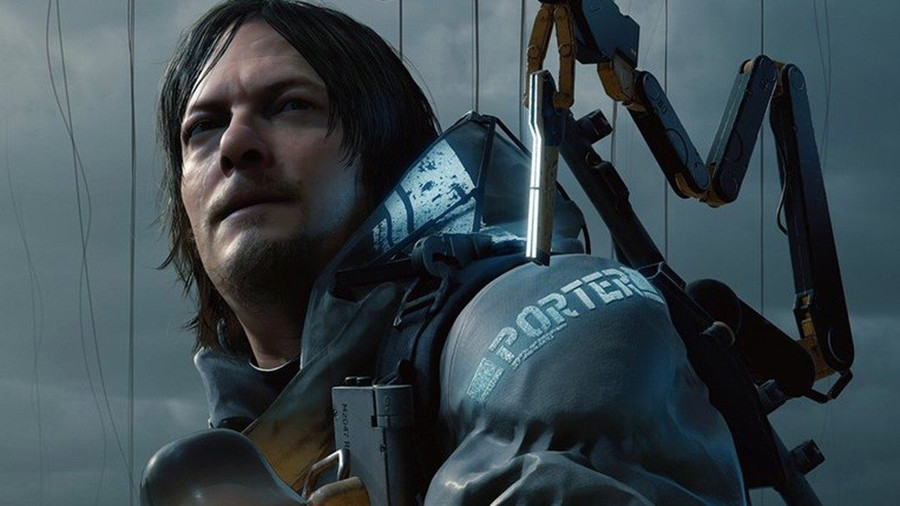 The latest Death Stranding trailer sure was...something. Here's a breakdown of the game's latest preview.

The latest trailer for Death Stranding has arrived, and it's quite the sight.

In typical Hideo Kojima fashion, Death Stranding is shaping up to be a unique, bizarre, creative, and intentionally bewildering experience. While that means it will likely be at least worth checking out when it's released for PS4 on November 8, it also means that we actually don't have a great idea about what, exactly, Death Stranding is. It's likely we won't be able to answer the biggest questions about the game until some time after its release.

The good news is that this new trailer offers enough new information to leave us plenty of room for both analysis and educated guesses. We know quite a bit more about Death Stranding than we did before the game's latest trailer, but we'd argue that the most intriguing aspects of the game are the things that the latest preview only hints at.

So join us as we break down what we know about Death Stranding's gameplay and plot as well as some of our best theories about what's really going on in the game.

- As suspected, Death Stranding appears to be an open-world title.

- There’s certainly a survival element in-play. We hear the mysterious babies being referred to as a kind of resource, and it seems likely that limited oxygen will play a role.

- Given that we see the protagonist wearing warm clothes during the snow section, Death Stranding will likely utilise some kind of temperature system that players will need to account for with their outfits.

- Navigating this world feels like a huge part of the experience. The player’s item wheel seemingly includes a grappling hook, retractable ladder, and what appears to be a climbing pick or ice ax. There seems to be quite a bit of freedom in regards to how you’re able to navigate with lots of vertical and horizontal options.

- Speaking of getting around, players will clearly have access to some kind of motorcycle. We’d be shocked if that’s the only usable vehicle in the game.

- Combat is strange. It does look like your best option is to run away (which we see quite a bit of). However, you’ll clearly be able to utilise some CQC techniques as a last resort. We even see Sam (Norman Reedus’ character) utilise a briefcase as a makeshift weapon.

- The player’s weapon wheel does include a gun, so you’ll clearly be able to use them in some (we’re guessing limited) capacity. We see Sam use a gun later, but that appears to occur during a specific combat section that may be a story segment.

- There are a couple of instances of tracking in the trailer. The first comes when Sam sends out a kind of sonar wave. This seems to offer some “ghosted” images of nearby items and other noteworthy objects. The second instance of tracking sees Sam venture into the woods and leave a series of bright blue footsteps. These are complemented by a series of bright orange footsteps left by an invisible predator.

- We also hear Sam’s backpack emit a noise similar to the radio in Silent Hill. This will also likely serve as a warning system and really plays up the game's horror elements.

- Sony has confirmed there is asynchronous online gameplay that will allow you to share supplies, safe houses, and routes with other players. Think Dark Souls.

- It's also been confirmed that there is no traditional "death" in this game and that dying will just require you find your way back from the other side.

- Death Stranding takes place in some kind of futuristic version of The United States of America. America is, somewhat surprisingly, referenced several times during the game’s gameplay trailer.

- Most of the references to America involve mentions of it being divided. While this is almost certainly a play on current events, it seems that some kind of catastrophic event has caused America to become even more divided (perhaps even literally).

- Actually, we see a map later on in the game that shows a geographically split version of the USA with the word “Bridges” written above it. This seems to be the logo for Sam’s organisation or one he is at least assisting.

- We see the President of the United States lying in a sick bed in the oval office. She pleads with Sam to help bring America together again. This is likely a flashback or very early plot event.

- Sam was clearly a soldier at some point. We see him interacting with dog tags and there are several “war” sequences.

- Edge Knot City is referenced in the trailer and sounds like a major locale in the world.

- There’s a terrorist group called the Homo Demens who seem to be the faction that many of the human (and not-so-human) enemies we’ve seen so far belong to.

- The invisible enemies we’ve seen in the past are called BTs. They seem to be attracted to the rain (or even cause it).

- The many babies we’ve seen in previous previews are called “Bridge Babies.” Sam says they allow people to form a connection with “the other side.” It’s apparently not a pleasant process.

- There’s an emphasis on gold in the trailer. Many of the pre-order bonuses even involve gold items. Given some of the references to lightning in the game, we’re guessing that gold is so prominent because it’s a fantastic conductor.

- Oil appears to be the other major resource in this world. Given some of the game’s commentary, we’re guessing that Death Stranding’s world is one where the West’s thirst for oil has gone too far.

- The “war” sequence in the release date trailer feels out-of-place. This is most likely some kind of flashback or trip to the “other side.” This is supported by the visual of soldiers fading away.

- Speaking of the “other side,” it’s not clear exactly what that means in the context of this game. The most obvious takeaway is that it’s a reference to the dead. “Hades” is even mentioned at one point. It feels likely that the events that caused this current state of affairs were at least partially caused by an attempt to connect to the other side.

- Considering some of the game’s other commentary, we’re guessing that the connections to the other side are somehow based on the idea of “living in the past.”

- “Craters” and “Voidouts” are referenced in relation to the terrorist group. Voidouts most likely involve attempts at connection with the other side and craters are what is left behind in the wake of this process.

- Based on the way the release date trailer was shot, it seems that Mads Mikkelsen's character (Cliff) is a connection to the other side. He’s presented as the leader of a specialised military group who seems to have access to powers (this is Hideo Kojima after all).

- Mads Mikkelsen is framed as one of the game’s villains, but it seems much more likely that he’s going to be something of a chaotic neutral presence in this world.

- We see a child floating in a tube below the words “baby recovery system.” This is either a hint that you’ll be actively rescuing babies in the world or a hint that babies in this game will need time to recover from their adventures. Given the percentage shown beneath the baby, it could very well be the latter.

- There certainly seems to be a motherly theme to the game. Again, this is likely a piece of commentary on current events, but given that Margaret Qualley’s character is named Mama, we’re going to go ahead and guess that subtext becomes text at some point in the game.

- Deadman (Guillermo del Toro’s character) appears to be something of an undertaker given that he’s dressed for the occasion and hanging around a dead body.

- Meanwhile, Heartman (Drive director Nicolas Winding Refn) looks like one of the designers of the system that we see keeping the game’s babies alive. At the very least, his colour scheme matches that of the machinery.

This article was written by Matthew Byrd from Den of Geek and was legally licensed through the NewsCred publisher network. Please direct all licensing questions to legal@newscred.com.