‘Debris’ on NBC Is a Sci-Fi Show With Enormous Potential

NBC's original sci-fi show "Debris" is nearing its Season 1 finale with just three episodes left and if you're not already watching it, you ought to be.

For the first few episodes, a brief, pre-credit explanation is given to help establish some context for the story. "Three years ago, images were captured of a wrecked alien spacecraft moving through our solar system," it says. "For the past six months, debris from that spacecraft has been falling to Earth."

Two agents, one from the CIA and one from British Intelligence, work together and race to every report of a piece of debris landing in the continental United States. The thing is, every single piece of debris, no matter how large or small, creates super-weird events based on its extraterrestrial properties. For instance, in one episode, a piece lands in a small town in Middle America somewhere and everyone that touches it is instantly cloned. In another episode, the debris causes de-aging and in another, it creates a temporary out-of-phase dimension. It's just like the show's tagline says, "every piece holds the power to change our world."

(There are also a few mandatory mildly macabre fatalities associated with the debris, including one guy who teleports into solid concrete, a woman who falls 30 floors inside a hotel as she's briefly able to pass through solid matter and some poor souls who have had the life literally sucked out of them.)

It soon unfolds into a slightly formulaic "X-Files"-esque sci-fi drama, almost as if the show's creator, JH Wyman, said to himself, "Hey, I have a great idea here, now how do I make it into a TV show?" But that's exactly why you should be watching it, because the basic premise is both clever and original. Yes, there are some run-of-the-mill plot threads, but the potential to take this idea to really interesting places exists more in this show than in any other we've seen in a while.

Incidentally, Wyman has had other brilliant ideas; he was the creator of "Almost Human" — an incredibly imaginative sci-fi drama starring Karl Urban and Michael Ealy as a human cop and an android partner that was shortsightedly canceled by Fox after just one season in 2014. In our opinion, the premature abandonment of "Almost Human" is on par with the cancelation of "Firefly."

"Debris" focuses on MI6 operative Finola Jones, played by Riann Steele and Special Agent Bryan Beneventi, played by Jonathan Tucker. Neither is a stranger to sci-fi, Steel appeared in "Doctor Who" alongside Matt Smith, "Ant-Man and the Wasp" and also "NCIS: New Orleans" alongside "Star Trek: Enterprise" veteran Scott Bakula. Beneventi appeared in seasons two and three of "Westworld" and has had a number of reoccurring roles in other, much better, television dramas, including "Snowfall" and "City on a Hill."

Before "Debris" you might not have heard of either of them, but they are both quite heavyweight television actors, Tucker in particular, with impressive performances in shows like "Kingdom" and "Hannibal" and yes, that scar on his chin his real. He's never actually confirmed exactly how that came about and speculation ranges from a motorcycle accident he had about 20 years ago to an injury he suffered while making the Netflix series "Kingdom," where he played a ripped, rock-hard MMA fighter.

In addition to the story of the recovery of individual pieces of debris, the plot teases elements of massive international espionage, which of course there would be. The acquisition of alien technology could and would change the balance of power on the planet. Imagine if large pieces fell in Africa, which they almost certainly would, or South America. Suddenly, these poorer, less developed nations would be able to compete with other superpowers with large landmass, like the U.S., Russia or China. World order could be redefined.

The sci-fi sequel "Independence Day: Resurgence" and even "Pacific Rim" touched upon these subjects a little bit, but they barely skimmed the surface, like a stone skipping off a pond. But this isn't like "Independence Day" where the downed alien spacecraft were distributed all around the world; this is bitter battle for significantly smaller scraps.

Now imagine the lengths that existing superpowers would go to recover as much of the debris as possible and retain their position as a dominant country. What about black-market trading? And in fact, this idea is touched upon in the first season. There would almost certainly be benefits for medical technology and medicine, but given the sad truth of human nature, weapons development would almost certainly be a priority.

Could we learn more about the ship itself? Perhaps one country has amassed enough debris to be able to actually reconstruct some of it. What sort of ship was it — reconnaissance, a science vessel, a warship? What caused it to break up? How big was it, where else is debris falling? And of course, will we see an escape pod of some kind with an alien life form inside?

And this is where "Debris" could really stand apart from other TV shows that purely focus on the "strange and unexplained." The first season has, so far, established the background, given us a foundation and introduced us to the main characters. Now, in the second season, let's increase the production budget to include a bit more VFX and the occasional international location, move away a little bit from purely focusing on debris recovery and let's step back and look at the bigger picture — the ship, the aliens themselves, flashbacks to its initial discovery and … maybe even the detection of a distress signal sent before the ship broke apart. Perhaps we could start introducing other recovery teams; they must exist.

All this, together with more character development and a greater insight into the backstory of what drives both Jones and Beneventi, plus the careful avoidance of any unnecessary MacGuffins and "mystery boxes" and a strictly enforced ban on meaningless technobabble, and "Debris" could evolve into something really enjoyable.

Perhaps we could get a glimpse of the alien language, and rather than look like Klingon or Aurebesh, it looks more like something totally alien, like we saw in the excellent 2016 movie "Arrival." Since the spacecraft broke up somewhere in the solar system, a brief exposition is fully justified in explaining how the Earth came to be in the path of the debris and even how big the field is. Maybe the largest piece of the ship's hull is yet to hurtle through the atmosphere. How about each season is set a further six months after the first debris fell? We could see how the new technology is being slowly integrated into human society. We could focus on different, overlapping elements of the larger story with each new season and follow new characters, returning occasionally to the field with now-promoted agents Jones and Beneventi.

Perhaps, in Season 4, a new, deep-space probe that incorporates reverse-engineered elements of alien technology is launched, and in the season finale of Season 5, it detects a massive incoming spacecraft passing Pluto that appears to have the same kind of design as the recovered debris.

The show's focus on the human condition — and even the developing relationship between Beneventi and Jones— is compelling, and some episodes feature surprisingly emotional endings, but going forward, it needs to think a little about moving away from the weekly episodic structure of new-piece-of-debris/new-weird-phenomenon-to-explore, only dipping back into it every now again, otherwise Debris will just turn into an "X-Files" knock-off. But Wyman has shown in the past that he's more than capable of creating compelling content, so we're optimistic.

Here's the thing: It's not a big-budget show at the moment and sure, it suffers from the problems any ambitious sci-fi network-television production has to deal with, like trying to pass off British Columbia for various, totally different places around the U.S. that are all lush, green and rain-soaked (something "Project Blue Book" also suffered from), but the story has potential, and it offers some extremely original and interesting ideas.

Hopefully, if interest in the show picks up and it is renewed for a second season, it would mean that many ideas been teased in Season 1 could be developed further. Oh, and the theme needs to change, because despite no obvious connection, it sounds way too similar to HBO's "Westworld."

Fingers crossed it doesn't get canceled before it's had a chance to develop further, you know, like other shows that demonstrated incredible story telling potential, like "Firefly," the aforementioned "Almost Human," "Helix," "Altered Carbon," "Caprica," "Dark Matter," "Project Blue Book," "Space Above and Beyond," "Stargate Universe" and so on.

This article was written by Scott Snowden from Space and was legally licensed through the Industry Dive publisher network. Please direct all licensing questions to legal@industrydive.com. 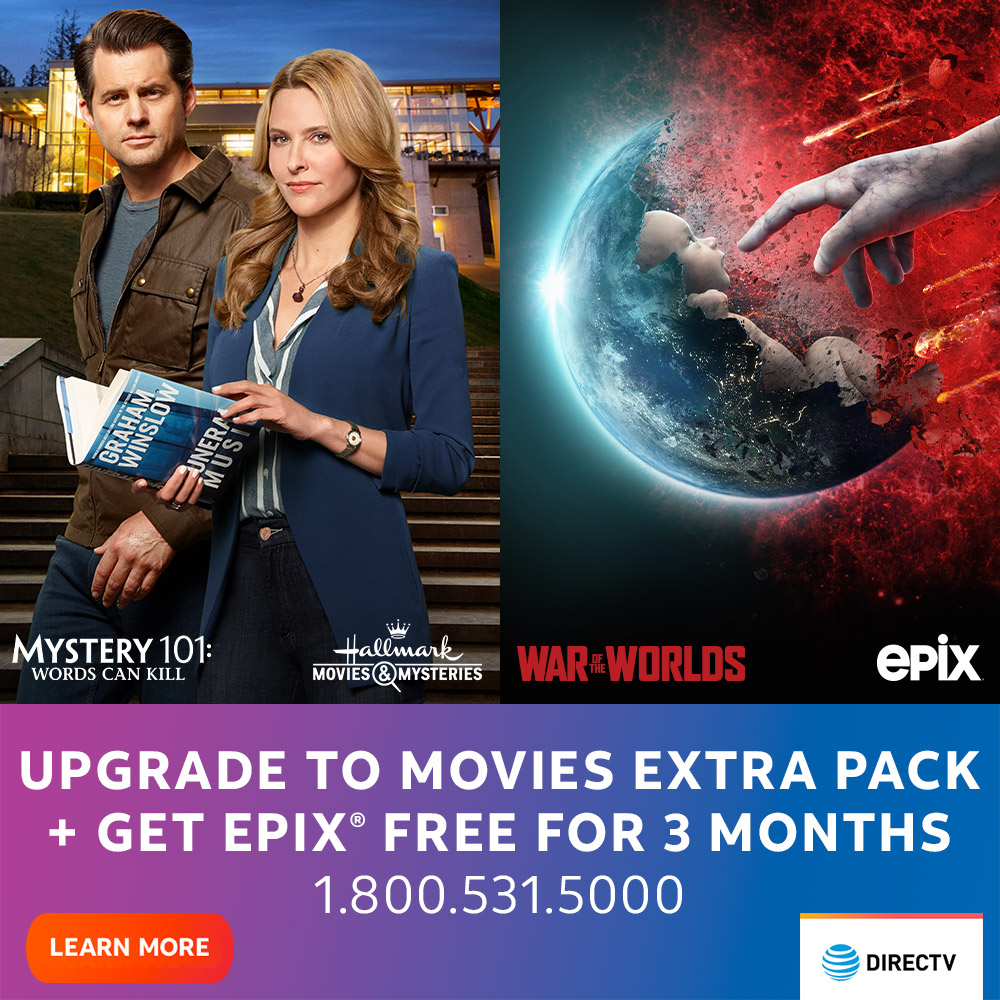