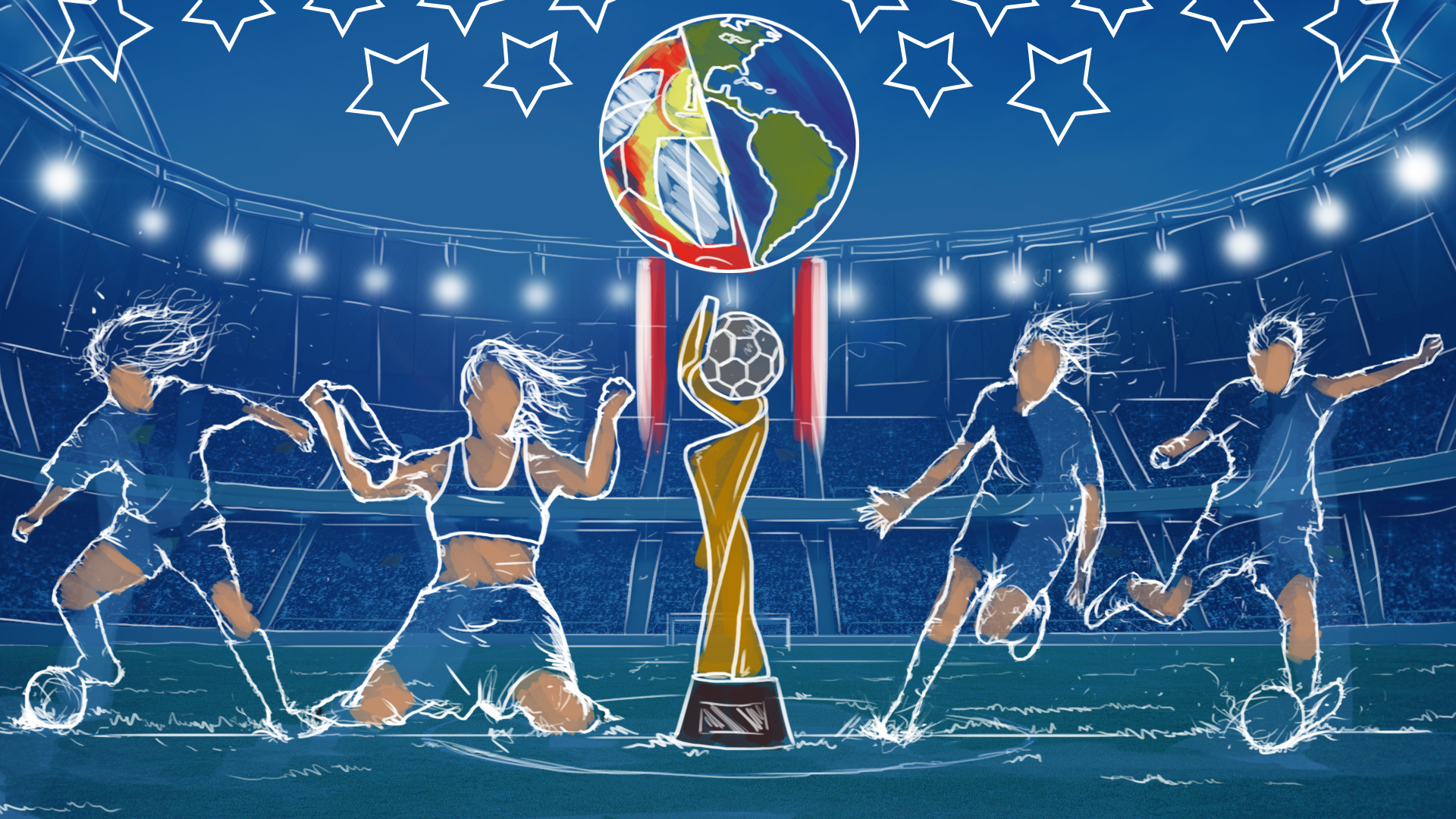 Dispatches from the Future: Women’s Soccer Will Be Awesome in the 2020s

Ed. note: As the calendar flipped toward 2020, we received a satellite transmission from the future...of women's soccer. While we can't confirm its accuracy, what follows looks like, at the very least, informed speculation as to what the next decade has in store for the game.

What a remarkable decade it has been for women's soccer! It feels like just yesterday that we were all crying in celebration as Megan Rapinoe and Carli Lloyd delivered a perfect sendoff for the greatest team in soccer's history by winning gold for the United States at the 2020 Olympic Games in Tokyo.

Yes, that's right. Former NFL kicker Carli Lloyd used to play soccer, kids! Long before she threw the iconic Philly Special II in Super Bowl LVII, Lloyd was a dominant scorer in real football. You can look it up!

It might be hard to remember that dominance by the United States, too. After Rapinoe and Lloyd secured that final gold medal, and a convincing victory in the courts ensuring equal pay for men and women with U.S. Soccer, their retirements seemed to close not just a chapter in USNT history, but the entire book.

Ed. note: As part of the legal settlement, the women's team dropped the "W" from their name, with the USMNT forced to keep the gender qualifier in place, pending improved World Cup results. "We already stack up so many W's on the field, so we're good," said Rapinoe.

A record TV audience watched in 2022 as long-ascendant France finally captured the World Cup they've seemingly been destined to win, with Wendie Renard, naturally, heading in the game-winner past Ashlyn Harris and the United States.

And the rise of the other world powers continued throughout the decade. U.S. Soccer, under this decade's coaches (Vlatko Andonovski, a brief Hope Solo interlude, and now Lauren Holiday), saw plenty of success, and remain a formidable challenger on the world stage. But winning World Cups is never as easy as the U.S. made it look in 2019. Ask Sam Kerr, whose Australia side finally broke through in 2026 to cement Kerr's rightful place among the all-time greats, complementing her astounding brilliance with Chelsea on the club side.

Nor was the United States much luckier in the Olympics. Andonovski's side did win in 2024—no one will forget Mal Pugh's run through nearly the entire field, and around nine Swedish defenders, to score the deciding goal in the gold medal game.

But England, on Lauren Hemp's penalty kick, won gold medal honors over Italy in 2028, the United States knocked out shockingly in the quarterfinals by Spain.

That only fueled further the long-simmering argument over which is the best league in the world: the National Women's Soccer League in the United States, now in its seventeenth season, or the FAWSL in England, which has grown strong thanks to financial support from the Premier League clubs and the massive television contract the FAWSL signed in 2023.

But it's hard to argue that the NWSL isn't still the queen of all the circuits, and it provided so many of the decade's most memorable moments. The early part of the decade belonged to the North Carolina Courage, naturally, who continued their dominant run from the end of the 2010s, only halted in 2024 when the Washington Spirit, behind Pugh and Rose Lavelle, raised the trophy at Audi Field.

The great Imani Dorsey/Midge Purce teams filled New Jersey's Red Bull Arena in the middle of the decade, giving Sky Blue fans their overdue glory, and by the end of the Twenties, a rivalry with the ageless Crystal Dunn's expansion Long Island Sound (known to real fans as Fuhggedaboutit FC).

The NWSL is 16 teams strong now, with expansion coming to Louisville, Sacramento, Minneapolis, Philadelphia, Austin, and—finally—Los Angeles. That may fall short of MLS' 48 teams, but it's pretty solid growth!

So what comes next for women's soccer? It's hard to predict the future, of course, but it's easy to imagine the 20 million people who watched the 2029 NWSL championship were even more excited for the decade ahead.

As Sophia Smith of the Mia Hamm-owned LA United stood on the steps of the White House, accepting congratulations on the final championship of the decade and declaring that the title runs in Los Angeles had just begun, the proceedings stood in stark contrast to the end of the previous decade. After the '19ers famously missed out on the traditional congratulations from the President, Carli Lloyd had to wait until winning an NFL title to earn her White House visit.

As for that team's other transcendent star? As she accepted yet another ceremonial "48" jersey, President Rapinoe relented to the cheering crowd, delivering a quick "statue pose" that went viral on the new cerebral implant network Brainwave. Some things never get old.

Ed. note: Was this transmission truly a harbinger of things to come? Tune in to women's international and NSWL soccer all decade long via DIRECTV to find out.