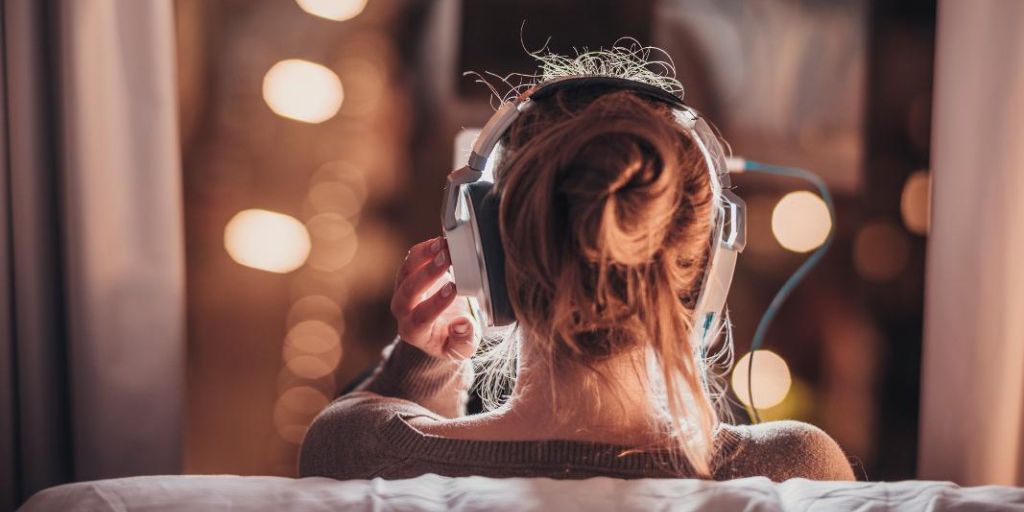 As people around the world are being asked to stay home to prevent the spread of COVID-19, it can cause some to feel stir-crazy as well as experience anxiety about the virus itself. While this time can take some adjusting to, practicing self-care — whether that be doing face masks, listening to music or eating comforting food — can help reduce anxiety and stress. For those that find solace in music, six DJs have shared what music they’re listening to during this time to soothe themselves from coronavirus concerns.

Talking Heads – “This Must Be the Place (Naive Melody)”: “This song always makes me happy. David Byrne wrote it as a love song, but for me it’s always been such a great reminder that ‘home’ is not a place — it’s a mindset and we can be ‘home’ wherever and whenever we want. Being forced into isolation, wherever we’re all living at this moment, can even make your home not feel like home. So, to me, the reminder that it’s a feeling and not a place is super important to me now and forever.”

Robag Wruhme – “Nata Alma”: “For electronic music to listen to while you’re relaxing, Robag [Wruhme] is my No. 1. I had a very difficult time picking which track to talk about because [there are] so many. I really just wanted to put down the complete albums titled ‘Venq Tolep’ and ‘Thora Vukk,’ but ‘Nata Alma’ is one of my favorite tracks by him. Robag’s sound is just so rich and beautiful — it always puts me in a good mood. It’s great to have on while I’m making art, chilling, doing things around the house, going for a drive or anything really. It’s been really soothing and positive for me during these bizarre times.”

The Pixies – “Where is my Mind”: “This is one of my absolute all time favorite songs and always sparks a very nostalgic feeling for me,  which feels really good during these crazy times. Being locked down in isolation with my roommates, I’ve been using music and art to transport me to different places, different feelings, and fond memories. This track always takes me there. [It] reminds me of growing up surfing in Encinitas, Calif., eating burritos on the beach, smoking weed and hanging with friends. Plus, the lyrics strike a definite chord with the current climate of everything.”

Disclosure – “Tondo”: “[It’s] such a refreshing, happy and uplifting tune that immediately brings to mind memories of the past festival summer. With so much uncertainty about the upcoming one, it’s nice to be able to recreate that vibe in your own living room.”

Kasablanca – “Alive”: “For me, this tune is the ultimate club record at the moment. And with all the clubs being closed, I am stuck to raving at home. This is my song of choice.”

Sam Feldt – “Hold Me Close (feat. Ella Henderson)”: “When the chorus of a song sings about holding your loved ones close and staying home to spend time with them, I think it’s the perfect feel-good song for this lockdown climate. Added bonus: it’s my own upcoming single that drops on Friday, March 27.”

Coldfish – “Arvie Awakens (S.A.M. Reshape)”: “One of my favorite songs that I’ve ever heard. It’s truly perfection from start to finish, and [it] evokes such a great feeling of sadness yet hope. The chord changes put you in a different mood every chord change that plays. It’s amazing that even after me playing this song far too many times, I can still be transported into a different dream-like place whilst listening to it. Plus, [I] still get truly inspired from the feelings it evokes in me.”

Kiasmos – “Blurred”: “It’s hard to pick one favorite song by Kiasmos. The Icelandic duo, I think, perfect the optimum blend between electronica, orchestral and techno. This song, though [it] is one of my recent favorites by them, is a beautiful wash of warm feelings that you can either pay close attention to or just let sit in the background.”

Bon Iver – “666 ʇ” : “One of my favorite songs by Justin. This particular album [the song is] from was not my favorite when I first heard it in full, but when I saw him on tour the whole album made so much more sense. Most especially this song, which just creates so much fantastic imagery.”

Tim Green will be releasing his next EP, “Vacation to Life,” on March 27.

Four Tet – “Teenage Birdsong”: “The whole ‘Sixteen Oceans’ album is incredible, but this one in particular just feels so right while I’m moping around the house [and] staring out the window longingly at the world I could once freely roam.”

Olafur Arnalds & Ry X – “Oceans”: “I don’t think I can stay inside for more than an hour or so while it’s cold/rainy outside (as it has been in Los Angeles the last couple weeks) without listening to Olafur [Arnalds] or Ry [X], so the fact that they collaborated on a song together means it’s in high rotation for me at the moment.”

Young Thug – “Hot feat. Gunna”: “This would come on at my gym most mornings. I had no idea what it was, but damn it would put me in the zone. [The] gym is closed, so I tracked this tune down and [I] play it every morning when I’m trying to awkwardly work out in the spare room.”

Cassian is releasing the title-track from his debut album, “LAPS,” Friday, April 3. The full LP will be out May 22.

Caribou – “Never Come Back”: “As well as being the message we all want to send to the virus, this song gives me lots of energy. I’m trying to listen to a lot of energetic and bright music like that to keep the mood to compose music and stay creative.”

Michel Berger – “Pour Être Moins Seul”: “Translated, the title of the song is ‘To Feel Less Alone.’ It’s not only about the lyrics, it’s also those typical French harmonies always between melancholy, romanticism and hope. You definitely feel all that staying home alone for this long.”

ANNA – “Bando”: “For my last track, I’d love to send all my love and support to Italians. This last song is a big hit in Italy. After this crisis, I’d love to see everyone dancing together on this song.”

Myd is hosting a live-steam DJ set every morning from 8:30 a.m. until 10 a.m. Paris time on the Ed Banger YouTube channel.

Four Tet – “Baby”: “We’ve been listening to the whole new album whilst self-isolating really. [We] always love Four Tet’s productions and there’s definitely some calming pieces of music on the ‘Sixteen Oceans’ album.”

Theo Kottis – “Loyal”: “[We’re] actually a little bit obsessed with this record. Theo dropped a three-track EP called ‘Nothing To Lose’ the other day, and this is track three on there. I was lucky enough to get out into the New Forest for a walk over the weekend, and this was the perfect soundtrack for that.”

Cubicolor – “Wake Me Up”: “[It’s] such a great tune and such a great album. [We] could have picked so many tunes off ‘Hardly A Day, Hardly A Night’. It’s been out a few weeks now, but we’re still hammering this record. It’s a big part of our lockdown playlists right now.”

This article was written by Lisa Kocay from Forbes and was legally licensed through the NewsCred publisher network. Please direct all licensing questions to legal@newscred.com.