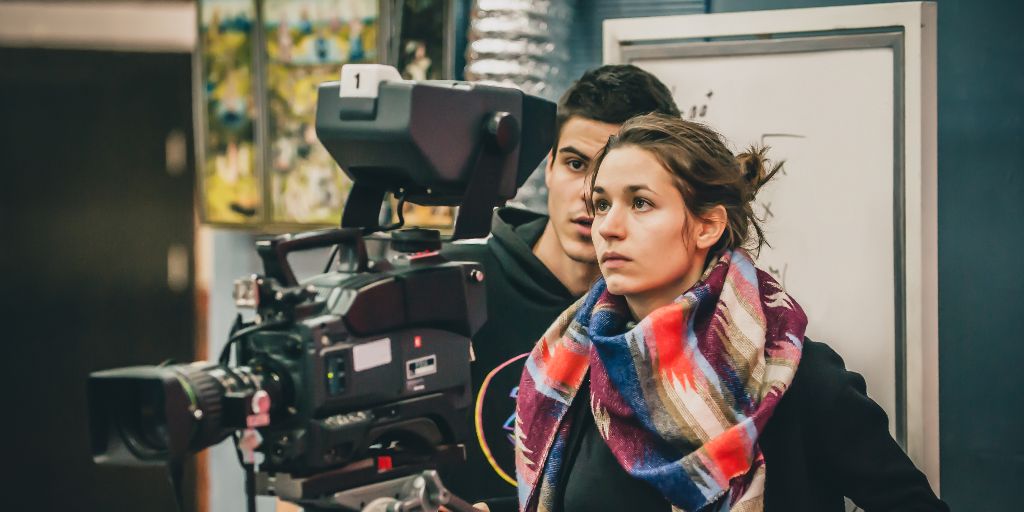 Documentaries Lead the Way for Gender Parity, but Challenges Remain

Women may be the gatekeepers of the documentary arm of the entertainment industry, but this year marks the first time they have helmed the majority of awards season's high-profile documentaries.

In late October, when the International Documentary Association announced the nominees for the 35th annual IDA awards, six of the 10 best doc nods and all of the films nominated in the inaugural director category were directed or co-directed by women. Meanwhile, three of the five feature docs nominated for a Gotham Award were directed by women; "American Factory," "Honeyland" and "One Child Nation" received a combined total of 13 Critics' Choice Documentary Awards noms.

If a woman garners a documentary feature Academy Award in February, it will mark the fourth time a female nonfiction director has won the trophy in the past 20 years. Earlier this year director Elizabeth Chai Vasarhelyi took home the Oscar for "Free Solo" alongside her co-director Jimmy Chin. In 2015 Laura Poitras took the category prize for "Citizenfour" and in 2005 Zana Briski shared the little gold man with Ross Kauffman for "Born Into Brothels."

But women behind the camera, including an impressive roster of female nonfiction gatekeepers at HBO, Apple, PBS and Netflix, as well as the launch of movements including #MeToo and Time's Up, have not put an end to gender bias in the doc community. According to several prominent female doc filmmakers and producers, gender inequality is still very much alive in the nonfiction workplace.

Three years ago, nonfiction female filmmakers including two-time Oscar nominee Liz Garbus and Emmy-nominated Dawn Porter talked with Variety about gender disparity in the documentary world after entertainment attorney Victoria Cook raised the issue on social media. At the time, Porter said: "As a woman you have to make the case each time you want to make a [doc], why you should be trusted. People assume that you, being a woman, don't necessarily have an infrastructure. Or when working with a crew you aren't familiar with — you get people challenging you in ways that I'm positive they don't challenge guys. For instance, they think you never shot an interview before."

Brodsky, who directed "Moonlight Sonata" about a family living with deafness, says this perception can still be a problem today. The veteran filmmaker says that while some areas of the documentary industry have evolved due to gender-parity movements, she, like Porter, is constantly challenged when it comes to the technical aspects of filmmaking.

"Pre- and post-#MeToo, there's a presumption that a woman filmmaker is going to need more technical support," says Brodsky. "Whether it's how to light an interview or how to achieve a certain look for a film."

Lears lenses the majority of her docs, including "Knock Down the House" about four female 2018 primary candidates including Alexandria Ocasio-Cortez. For each of her films Lears has hired additional cinematographers, but the director says it can be hard to persuade male DPs to follow her lead.

"I've definitely hired guys who just don't take my technical recommendations seriously even though I'm the director and cinematographer of the film," she says. "I'll say, 'Please shoot with these specs.' And they will be like, 'Nah. I'm doing this other thing.' And I'm just like, 'Dude! No! This is what we are doing for this film.'

"It's such strange process, because in those moments it makes me doubt myself," Lears says. "I find when someone forcefully dismisses my directions it can be really disorienting."

Despite such questioning, "One Child Nation" producer Julie Goldman maintains that the doc community is not a boys' club.

"It's not as evolved as it should be and as I hope it will be," says Goldman, a two-time Oscar nominee. "But there's too many strong, powerful women for it to be a boys' club."

But Goldman admits that the documentary industry's impressive roster full of women comes down to money or lack thereof.

"If the stakes were high financially in the doc world there certainly would not be as many women in power," admits Goldman. "It's just that it's always been the power structure [of docs] that you could do things for much lower budgets, so there wasn't the same kind of a resistance to having women in power."

"Traditionally if you look at teaching and nursing, women have always been welcomed into low-paying fields," adds Greenfield. "So it's only natural that women would be embraced by the documentary industry, where half the time we're working without being paid."

Greenfield has been making docs for 13 years. Her first, "Thin" premiered at the Sundance Film Festival and was followed by "The Queen of Versailles," which grossed more than $2.4 million worldwide. Her latest film, "The Kingmaker," about Imelda Marcos, premiered at the Venice Film Festival, followed by screenings at Telluride and Toronto film fests. Despite her success, Greenfield says that women still face an uphill battle when it comes to money.

"The big challenge for women now is parity of budget on bigger fiction films and commercials," she says. "Somebody like Ryan Coogler was able to go do a really big-budget movie after the success of 'Fruitvale Station.' I think that that jump proves a lot harder for women."

Goldman concurs. "It always feels like the rest of the industry is trying to catch up with the [doc community] because if you look at our [Academy] branch it's pretty much equal in terms of men and women members. And if you look at the [documentary feature] nominees from last year, there were no white, male directors nominated. So in that way, yes, we are ahead of the field. But in other ways, what you'll track is that somebody will have a big success, and if they're a white guy, people will be chasing them. If it's anyone other than a white guy, it's just not the same."

"I have so many people ask me, 'Oh, so now that you've made three films, you must get so many offers,'" Wang says. "And I tell them, 'No. I actually don't.' People are always surprised."

While women aren't being chased down to make tentpole films, "Roll Red Roll" director Schwartzman says the #MeToo movement has changed some areas of the doc industry for the better.

"There's been a shift for the good around people being mindful of who takes up space in a room," she says. "I've been at pitch meetings where there's a bit of a different atmosphere. There seem to be more women in the room and more mindfulness around being talked over."

What women in the doc space seem to agree on is that white men are not the enemy. During the production of "Roll Red Roll," about an infamous 2012 high school rape case that took place in Steubenville, Ohio, Schwartzman relied heavily on two white male crew members.

"It was already disruptive enough to have a lady boss for folks in [Steubenville]," Schwartzman says. "So I chose the people in the field with me very carefully. They had to look like people in town. In the end I had to be able to hide behind two white guys to get the access that I needed to get."

For "The Kingmaker" Greenfield says that she chose the best cinematographer for the job, which ended up being two DPs — one a white male and the other a white female.

This article was written by Addie Morfoot from Variety and was legally licensed via the Tribune Content Agency through the NewsCred publisher network. Please direct all licensing questions to legal@newscred.com.