For the first six years of his Major League Baseball career, Mookie Betts was an integral part of the greatest rivalry in baseball, and arguably one of the best rivalries in all of sports: the Boston Red Sox vs. the New York Yankees.

Betts recorded his first major league hit on June 29, 2014, against the Yankees. The Red Sox bested their rivals in the American League Division Series en route to winning the 2018 World Series, while Betts was named AL MVP. The outfielder gave the Bronx Bombers a taste of their own medicine by hitting three home runs in a game on July 26, 2019.

Despite being traded to the Los Angeles Dodgers in 2020, Betts is again playing an indispensable role in a rivalry that may dwarf the Red Sox-Yankees this season as the loaded defending World Series champions jostle for superiority and bragging rights in the NL West with the steadily improving San Diego Padres nipping at their heels.

“It’s a different dynamic [from] the Red Sox and Yankees,” Betts said. “That was two heavyweights slugging back and forth; there were a lot of 10-run games. Now with the Dodgers and Padres, there’s a lot more defense, pitching is different, base stealing — I feel like there’s a couple more elements added to the game just with the different teams. The AL East is built different [from] the NL West and with those differences comes a different style of game.

“I’m just happy to be part of it. It’s a lot of fun and great for the game of baseball in general. I’m having just as much fun playing as you guys are watching. It’s definitely a lot of fun for me.” 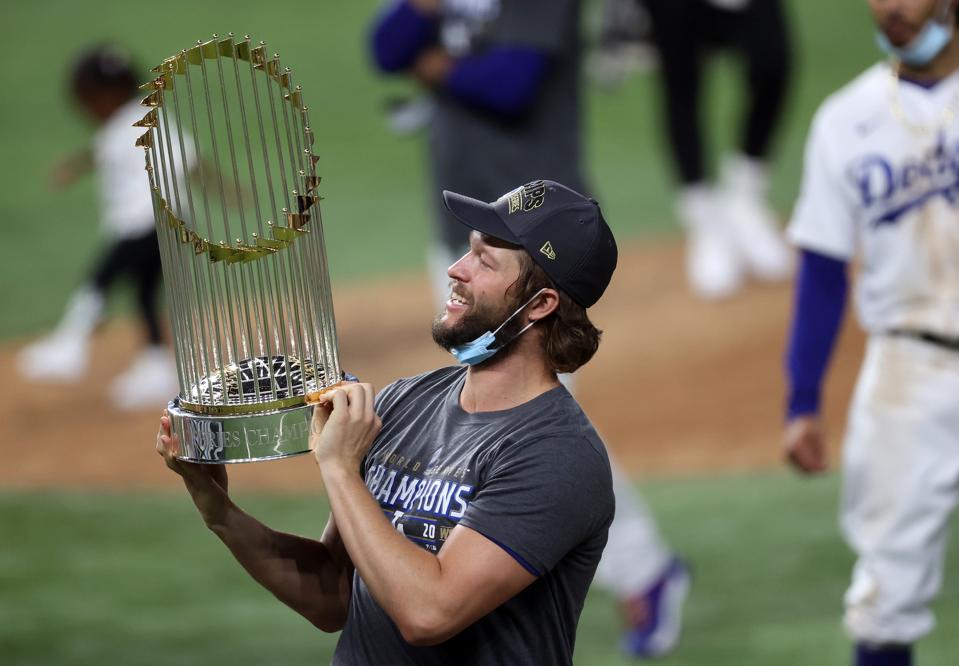 About 120 miles south, the Padres, who grew tired of playing second — or even third — fiddle, went on a shopping spree this offseason in the hopes of building off a successful 2020 season which led to the organization’s first winning campaign since 2010 and first playoff appearance since 2006.

Even before the first of their 19 regular-season meetings this year, the hype around the rivalry was palpable. During spring training Turner proclaimed: “We’re going to get 19 World Series games this year,” while Hosmer said the games “definitely feel like they’re postseason games, that type of atmosphere.”

“Obviously they made a lot of moves to come after us and we made a couple of moves as well,” Betts said. “It’s just one of those things you know everyone, not just them, is gunning after us. If someone else had won the World Series we’d be gunning after them. It’s the dynamic of the game.

“We know they’re really good and we know we’re really good, and any given night we can lose to anyone. We know the Padres are a really, really good team and we have to play our A-game anytime we step on the field against them.”

The rivalry hasn’t been anything short of must-watch TV barely a month into the 2021 season; it’s featured extra-inning excitement, game-saving diving catches, stellar pitching, rallies, and, of course, home runs.

While Betts and the Dodgers are vying for their ninth consecutive division title, Betts and BodyArmor are making moves to supplant Gatorade as the top-selling sports drink. The outfielder, who joined the brand as an ambassador and received equity in 2017, is joined by Naomi Osaka, James Harden, Christian McCaffrey, Sabrina Ionescu, Trae Young, Carlos Vela and Baker Mayfield in the better-for-you sports drinks’ largest campaign yet, One More.

“The relationship has been nothing but the best,” Betts said. “I can’t ask for anything more than what BodyArmor has done for me and provided for me and my family.

“This campaign is geared for everyone, not just professional athletes. It’s also about the kids who go out and do all the behind-the-scenes work people don’t see. It’s to encourage them to continue to do that, and ‘just one more’ sometimes is all it takes to get to the next level and get to the next step in life or sports. It’s a huge campaign that’s going to take over.”