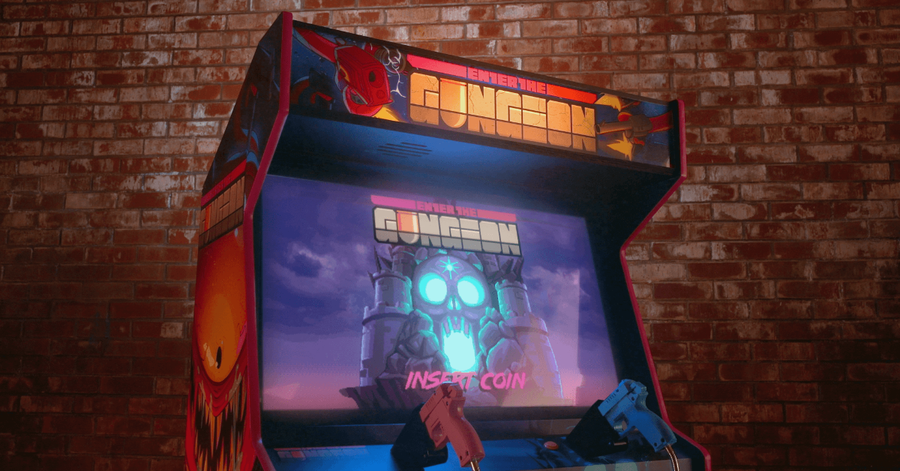 If you were apply Adult Swim’s twisted ethos of content that’s both wickedly smart and weird-as-hell to a (non-Adult Swim) video game developer, you would have Devolver Digital.

Famous for games like the 8-bit-style stealth and gore classic Hotline Miami and adorably stressful bullethell roguelike, Enter the Gungeon, Devolver revealed their latest creations via their annual “Big Fancy Press Conference”at E3 over the weekend, which in addition to new games, also featured a lot of fake blood, as these things sometimes do.

Fall Guys: Ultimate Knockout looks to take on the battle royale genre that’s so popular with the kids these days and turn it into a 100-player episode of Most Extreme Elimination Challenge, as each players little blobby fellow tries to outlast the other 99 competitors in an obstacle course comprised of giant sumo chickens, slides, tilting platforms, skateboards, wrecking balls, and countless other smooshy, mashy, pummeling perils.

Here’s something you don’t see much of these days – an honest to goodness arcade game.

Recalling the days of the 90’s lightgun-fever, House of the Gundead takes Devolver’s Enter the Gungeon gameplay and basically turns it into the Sega classic House of the Dead as players try to survive the onslaught of the titular “Gundead”. Oh, and it costs $5000. Probably worth it?

A “reverse horror” game in which you play a murderous, Lovecraftian tentacle monster with a heart of gold (probably?) looking to escape a dank, dystopian science lab while spreading as much fear and blood as possible. Relatable!

What else do you need to know?

Bootlegging your own bootlegs is truly a boss move.