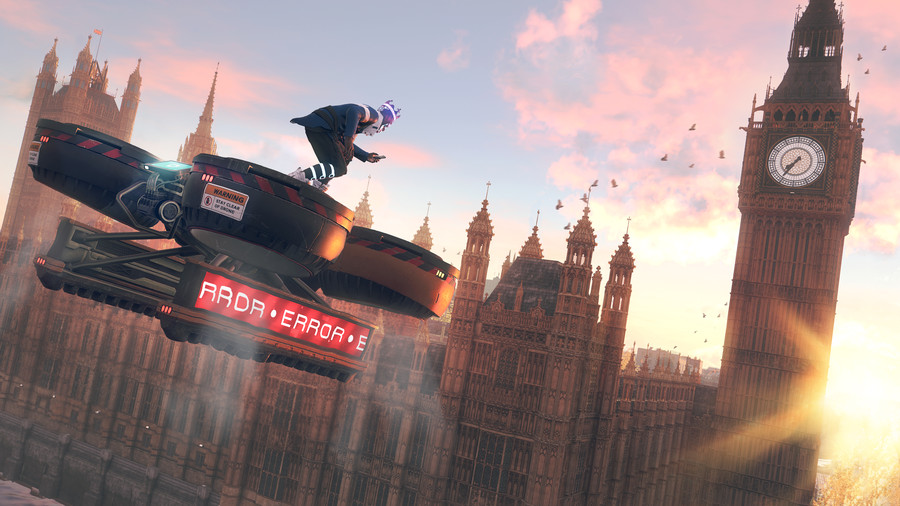 Instead of becoming a shadowy hacker or social media whiz kid, as in its sequels, players of "Watch Dogs Legion" will be able to assume control of anyone in the game's near-future London.

The game takes place during a time of great upheaval and, the player is organizing a resistance or revolutionary movement.

Work began on the game before the Brexit vote; Ubisoft has recently dug in to a position that says its games are intended to be received as non-partisan interactive entertainment.

In "Watch Dogs Legion," third in a series about a computer hacking and social media influencing group, players can recruit up to 20 civilians from various walks of life -- even a taser-wielding granny -- assigning them roles as enforcers, infiltrators or hackers, in an attempt to overthrow a private military corporation that has assumed control of the UK's capital.

It's due March 2020 on PlayStation 4, Xbox One, PC, and Google game streaming service Stadia.

"Quarantine" is built on elements of the "Rainbow Six Siege" platform -- gunplay, gadgets, tactics and destruction -- but instead puts its participants in a three-player co-operative setup, the small squad being sent deep into infected zones.

As for "Tom Clancy's Ghost Recon Breakpoint," it was already revealed during a dedicated May event and takes place after the events of 2017's "Ghost Recon Wildlands"

It sends players, alone or in teams of up to four, onto a fictional Pacific island to neutralize an elite private military company that has taken control.

Due October across PS4, Xbox One, and PC, and then on Stadia in November, "Ghost Recon Breakpoint" is offering a September beta test to customers that place advance orders as well as a limited number of open access registrants.