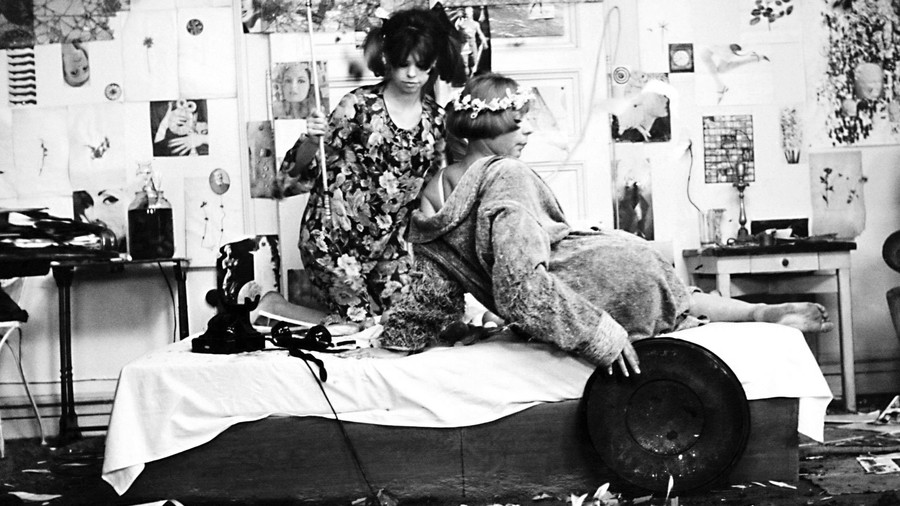 From the silent era through to today, Eastern European cinema has offered the world a key gateway to the region's people, culture, and history. Regardless of what country they come from, this selection of films touches on universal themes; the things that make us human and transcend language and geographical borders.

Discover classics from Poland and the Czech Republic, and dip your toe into the world of Soviet cinema with these titles, all available to stream on HBO Max.

Regarded as one of the greatest films of all time and the most significant work to come out of the silent era, Sergei Eisenstein’s “Battleship Potemkin” is still essential viewing nearly a century after its release.

Certified Fresh with a 100% rating on Rotten Tomatoes, the Soviet cinematic triumph reenacts the real mutiny that unfolded in 1905 with unforgettable imagery, groundbreaking camera work, and montage editing techniques that have proved influential to this day. As “one of the clearest of all examples of filmmaking artistry, collective and individual,” Eisenstein’s creative vision and legacy lives on, and “remains a revolutionary masterpiece.” (See also: Ivan the Terrible)

Winner of the Palme d’Or at the 1958 Cannes Film Festival, Mikhail Kalatozov’s “The Cranes are Flying” is a lyrical love story set against the harsh realities of WW2 and the scars it left on the Soviet people.

Considered to be one of the most powerful cinematic reflections on wartime devastation, The Criterion Channel calls it “a superbly crafted drama with impassioned performances and viscerally emotional, gravity-defying cinematography.” And the original New York Times review from 1960 still rings true as well: “One absorbs a tremendous feeling of sympathy from this film — a feeling that has no awareness of geographical or political bounds.”

If you can’t bring yourself to read all 1,225 pages of Leo Tolstoy’s “War and Peace,” perhaps Sergey Bondarchuk’s four-part film — which stays remarkably faithful to the book — is a better place to start. Hailed as “the definitive epic of all time” by Roger Ebert, the movie took five years, 120,000 cast members, and $100 million to make — an attempt to prove to Hollywood, and the world at large, what Russia was capable of achieving.

With an Academy Award win for Best Foreign Language Film — the first for Russia — the hard work paid off, resulting in “a sweeping vision of grand balls that glitter with rococo beauty and breathtaking battles that overwhelm with their expressionistic power.”

“One of the finest achievements of Eastern European cinema,” according to The Guardian, Andrzej Wajda’s “Ashes and Diamonds” is the third installment of the filmmaker’s war trilogy, which also includes “A Generation” and “Kanal.”

It takes place in post-WWII Poland and follows a hitman, who — when tasked with killing a former ally — begins to question his loyalties and country’s future while managing to “express a uniquely Polish sensibility — reflecting his nation's troubled history — as well as the kind of youthful frustrations that are still recognisable today.”

What makes the film truly gripping; however, and continues to “render it fascinating,” is “Wajda's deeply romantic and personal vision, inspired by both Italian Neorealism and by the more baroque images of Expressionism…[along with] the film's ambiguities, as the filmmaker tries to come to grips with the myths and legends of the era.”

Roman Polanski’s film debut — his first and only Polish-language feature — earned him an Oscar nod, becoming the first Polish movie to be nominated for Best Foreign Language Film. “A brilliant psychological thriller that many critics still consider among his greatest work,” the movie follows a married couple that picks up a young hitchhiker, who ends up overturning their dynamic in a host of threatening ways. Pair that anxiety-inducing premise “with stinging dialogue and a mercilessly probing camera, [and] Polanski creates a disturbing study of fear, humiliation, sexuality, and aggression.”

Jan Kadar’s powerful mediation on the horrors of the Holocaust within the Slovak State earned an Academy Award for Best Foreign Language Film, as well as a Best Actress nomination for Ida Kaminska for her heartbreaking performance as an elderly Jewish widow whose shop has been assigned an “Aryan controller.” The controller in question: a reluctant, ne'er-do-well villager who’s been put up to the job by his Nazi-backed brother-in-law.

“Then as now,” according to Variety, “its condemnation of indifference in the face of oppression resonates with contempo relevance.” And in the words of the director himself, “Of all my films, ‘The Shop on Main Street’ touches me most closely...I am sure that audiences will find it difficult to forget the white-haired, hard-of-hearing, and bewildered old lady with the innocent face. She is the most powerful reminder I know of fascism and its victims.”

Inspired by the French New Wave, visionary Czech director Vera Chytilova’s “Daisies” also happens to be one of history’s great works of feminist cinema. As funny as it is subversive, the madcap farce follows two bored, young women as they traipse through Prague playing pranks on anybody and anything that crosses their path.

Experimental anarchy prevails in each plotless scene, stitched together chaotically and alternating between color, black-and-white, and filtered footage. The New Yorker calls it “one of the greatest outpourings of cinematic invention in an age of over-all artistic liberation,” and asserts that “the revolutionary value of imagination is the film’s very subject.”