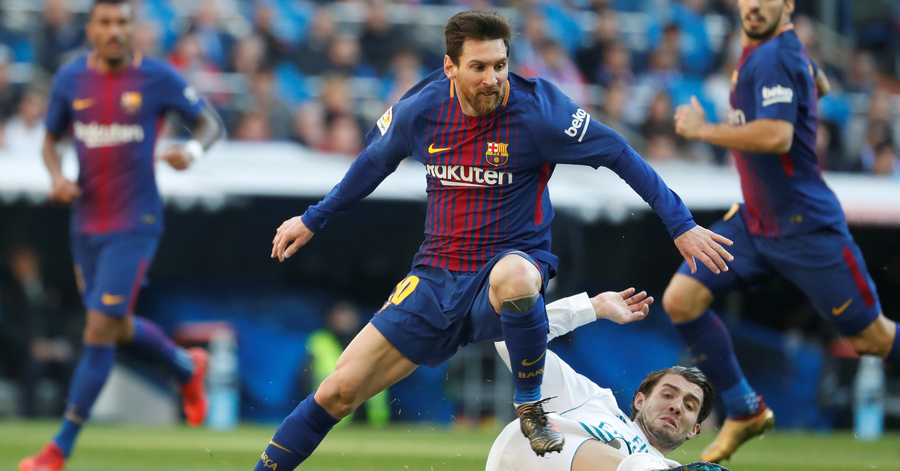 It is one of the world’s greatest rivalries. Or derbies, as the Brits say. Barcelona and Real Madrid have met competitively 236 times since the dawn of the 20th century. A first meeting was said to have been played in a tournament to inaugurate the coming of age of Spanish King Alfonso XIII in 1902. Over the subsequent century plus, the two clubs have met dozens of times with dozens of trophies on the line. They’ve vied for the La Liga title, the Copa del Rey, and the Supercopa de España. They’ve met in the UEFA Champions League, as well as more than a few so-called “friendlies.”

On Sunday, May 6th, they meet again, this time at the famed Camp Nou in Barcelona, where Lionel Messi, Andres Iniesta, and crew have lifted countless trophies. They will lift the La Liga trophy this season, along with the Copa del Rey. Real Madrid, 15 points adrift of the Blaugrana and vanquished early from the Copa del Rey, still have their sights set on Europe. They will compete in the UEFA Champions League Final later this month against Liverpool. Los Blancos hope to fine tune their scintillating side by taking down the league champs in their own backyard. See a quick video preview below, and don’t forget to check out our El Clásico page with a look at the history of the rivalry—from the club with the most wins to the player with the most goals—highlights from last December’s match.

Don’t miss Barcelona vs. Real Madrid, live from Camp Nou in Barcelona on Sunday, May 6th, at 2:45 p.m. EST on beIN SPORTS, En Español channel 467 and in English channel 620 on DIRECTV.