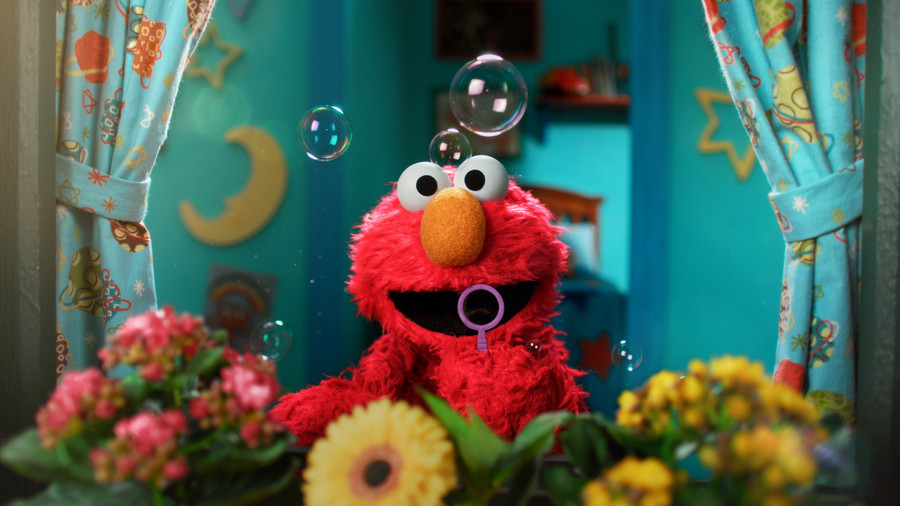 "Sesame Street" is a childhood staple. But even in adulthood, we end up encountering Elmo, Big Bird, and Cookie Monster in popular movies, games, and shows. In fact, no medium has escaped the influence of "Sesame Street."

Except for late-night television.

Late-night TV is typically reserved for the Jimmy Fallons, the Samantha Bees, and the Trevor Noahs of the world: clever and highly articulate performers who put a funny spin on even the most depressing of world events.

It's no mystery then why the "Sesame Street" masterminds had not attempted to tackle late-night TV in the past. After all, kids are the target audience of the show, and late-night TV is not exactly kid-friendly. Besides, it's called "late night" for a reason: It's shown after dark, at a time when most kids have already been tucked into bed.

How could Elmo possibly deliver the same kind of dry wit and political fervor that most late-night hosts do — all while making sure the content is suitable for children? Simple: He doesn't. Instead, Elmo offers something completely different from the average late-night host.

Enter "The Not-Too-Late Show." As its name suggests, "The Not-Too-Late-Show" adheres to the classic late-night format. Elmo and his sidekick (Cookie Monster) are ushered to the stage by the roar of the crowd and the sound of his band Mama Bear and the Monsters. He even opens with a monologue (although a monologue from Elmo is more likely to feature a magic trick than heavy political commentary). All of this before talking to the special celebrity guest of the night.

So what's so different? Well, for starters, the HBO Max exclusive series is more of a bonafide skit than a classic talk show. It more so borrows elements from a Muppet show than an actual late talk show, in that there is always some kid-friendly chaos baked into each plot. In one episode, Bert and Ernie make Elmo moo like a cow by pressing buttons in the control room. In another, Elmo's set pieces fall apart during a magic trick. In short, there is always something going wrong, as would be expected from a cast of characters who have no experience running a late-night talk show.

The "Not-Too-Late Show" is mostly scripted, allowing spontaneity to come into play only during the celebrity interviews. Here, unlike in other late-night shows, guests seem to let their guard down and have fun. The pressure is off. No need to dodge invasive questions.

Here, The Jonas Brothers can feel reassured that Elmo will probe no further than, "Can you make a goofy face?" In this episode, the Jonas Brothers break into a musical routine about the importance of brushing teeth before bed. John Mulaney works in his charm, bouncing jokes off of the red-haired puppet beside him. Olivia Wilde takes a break from promoting her newest movies and, instead, just plays "Teddy Bear Dress-Up" with Elmo.

The low stakes, high-reward nature of "The Not-Too-Late Show" offers a refreshing break from the current news cycle dominated by politics, COVID-19 updates, police reform, and other fear-mongering triggers.

The world is just a little bit scary right now (to say the least), and it feels like all of the late-night talk shows are trying to put their own fun spin on what's happening in America. Whether you decide to change the channel to see Stephen Colbert or Conan O'Brien, you're likely to hear the same jokes about President Trump and his election rival Joe Biden. And, of course, there's nothing wrong with comedians trying to make light of the news. But at a time when unemployment rates and coronavirus cases are rising, it can sometimes be difficult to appreciate a punchline. A lot of us are far too worn out.

That's why Elmo's "Not-Too-Late Show" feels like a breath of fresh air. It's a much-needed break from reality, with a focus on lighthearted, family-friendly humor. It leaves political bias at the door.

Elmo's "Not-Too-Late Show" first premiered on HBO Max back on May 27th, 2020, but it hasn't attracted much buzz yet. Each episode is only 15 minutes long, so it takes little to no time to catch up on all 13 episodes and counting.

If you were hoping to find something quick, stress-free, and educational for your children to watch right before bedtime, "The Not-Too-Late Show with Elmo" should be a perfect fit. Offering life lessons for kids and inside jokes for parents (on top of a much-needed break from the never-ending news cycle), the latest "Sesame Street" series is casual fun for the entire family.