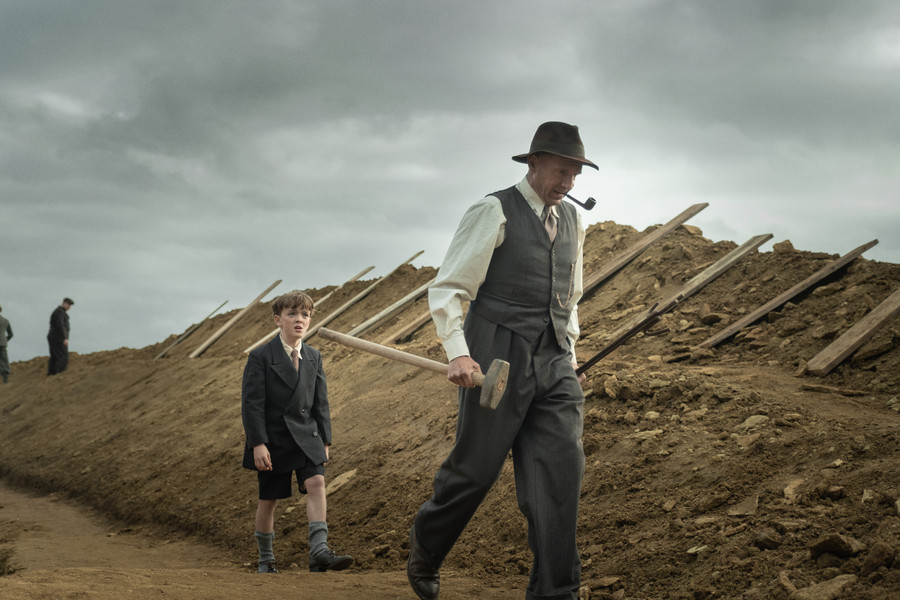 The Emerging Young Stars of 2021

With this year's award season now in our rearview, it's time to look ahead to the coming year, featuring a healthier box office (fingers crossed), and the emergence of new, young talent to get excited about. A mix of already-released and projects yet to come, below you’ll find a spotlight of emerging young stars in the making, who we predict will be making headlines – and owning awards seasons – for years to come.

The film follows former high school football coach Eddie Palmer (Timberlake) who returns home after 12 years in prison looking to put his life back together. He forms an unlikely friendship with a unique boy (Allen) from a troubled home.

While Allen currently doesn’t have any confirmed upcoming projects, his stunning performance as Sam is sure to cement his place in this business for a long time.

With two West End theater credits also on his resume, this will not be the last we see of the versatile young star.

While this was her first on-screen film role, Kea has been a performer most of her life, appearing in music videos for Jennifer Lopez and Chris Brown and as part of the hip-hop troupe The Lab, which competed in “World of Dance’s” first season.

This month, you’ll see “Reckoning’s” Finn Little as Connor Casserly in the Angelina Jolie-starrer “Those Who Wish Me Dead.” The thriller finds the teenager, a murder witness, on the run from twin assassins in the Montana wilderness with help from a survival expert (Jolie). If that’s not enough – there’s also the threat of a massive forest fire playing out at the same time.

Since the Oscar-nominated “A Quiet Place released in 2018, Millicent Simmonds and Noah Jupe have been busy. Simmonds, who had previously starred in Todd Haynes’ “Wonderstruck” has since recurred on Disney’s “Andi Mack,” an episode of “This Close,” and in the Freeform pilot “Close Up,” which sadly never made it to series.

Jupe, most recently seen as Nicole Kidman and Hugh Grant’s son Henry in HBO’s “The Undoing,” has added “Holmes & Watson,” “Honey Boy,” and “Ford v. Ferrari” to his impressive resume and will next be seen in Steven Soderbergh’s star-studded “No Sudden Move,” alongside Matt Damon, Jon Hamm, Don Cheadle, David Harbour, Benicio Del Toro, and Brendan Fraser, and among the voice cast for “The Magician’s Elephant,” which also features “Mary Poppins Returns” breakout Pixie Davies.

In further sequel news, June 4 brings “The Conjuring: The Devil Made Me Do It” to theaters and HBO Max and stars a young man we are sure to hear about for years to come, Julian Hilliard. In the three years since bursting onto the scene, the roughly ten-year-old Hilliard’s resume consists of a body of work that most actors work their entire careers for – including recurring roles in “The Haunting of Hill House,” “Penny Dreadful: The City of Angels,” and Disney/Marvel’s explosive hit “WandaVision” as one half of Elizabeth Olsen’s “Wanda” and Guy Pearce’s “Vision” dynamic twin sons. We have high hopes for this young man and whether his career takes him more towards film or tv in the future, we have no doubt about his longevity in this business.

We'll end with Alan Kim. Though a release date is unknown, Kim signed on to star in the upcoming “Latchkey Kids” alongside one of our other favorite youngsters, Elsie Fisher. Slated to begin production this summer, the film follows an eccentric teenager (Fisher), who is looking to escape her dysfunctional life, but ultimately finds herself in the company of a young boy (Kim) police believe is killing his babysitters. Fisher was a breakout in 2018 for her indomitable performance in “Eighth Grade” and this film feels like a complete departure for them both – which we are here for.