EPIX Is the New Destination For Prestige TV

In August 2015, John Landgraf, the CEO of FX Networks, coined the term "peak TV," telling the Television Critics Association summer press tour audience that his sense was that 2015 or 2016 would "represent peak TV in America and that we'll begin to see declines coming the year after and beyond" in terms of the total number of scripted TV shows.

However, in January 2020, Landgraf told the TCA winter press tour audience that we have yet to peak — in 2019, the number of scripted TV shows topped 500 for the first time since they started keeping track. There were 532 scripted TV shows, which was a seven percent gain from 2018.

Yes, it is bananas. With so many shows out there, it can be hard to cut through the noise and find the best content. So, we'd like to bring a network to your attention that you should absolutely be watching if you aren't already: EPIX. In the last few years, this premium cable network has been putting out some of the best TV available, so if you've been sleeping on EPIX, it's time to wake up.

The EPIX dramas run the gamut from period pieces, to comic book lore, to spy thrillers, but they have one thing in common: they're all excellent.

For fantasy fans, the high-octane "Britannia" is a dramatization of the Roman invasion of Britain in the first century A.D. If "Game of Thrones" and "Vikings" are some of your favorite television epics from the past few years, "Britannia" should be the next show on your watch list.

For the "Downton Abbey" fans in the house, "Belgravia" was a limited series triumph in the same vein. It comes from the "Downton" creative team and is set in an affluent area of London in the aftermath of the Napoleonic Wars.

There is also the spy thriller "Berlin Station," which ran for three seasons, and the neo-noir "Perpetual Grace, LTD" that ran for one season and is getting a limited run wrap-up.

Finally, we cannot offer enough praise for two dramas that premiered in 2019 and have been renewed for second seasons — "Pennyworth" and "Godfather of Harlem." The former is an origin story drama about Batman's butler, Alfred Pennyworth, and the latter is a crime drama starring Oscar winner Forest Whitaker as 1960s New York gangster Bumpy Johnson.

Both are excellent and are worth tuning in to EPIX entirely in and of themselves. They also make us very excited about an upcoming drama called "Chapelwaite," a horror series based on Stephen King's story "Jerusalem's Lot" that stars Adrien Brody.

EPIX has only put forth two scripted comedies so far, but they were both winners, especially "Get Shorty." This dark comedy is loosely based on the Elmore Leonard novel of the same name and stars Chris O'Dowd as Miles Daly, an enforcer for a crime ring in Nevada.

When he decides he needs a career change, he tries to make it as a Hollywood producer — who is also laundering money through his productions. Ray Romano co-stars as Daly's partner and Hollywood insider, and the recurring/guest star roster is chock full of A-list stars.

Be sure to check out EPIX's other original show, "Graves" which ran for two seasons and earned Nick Nolte a Golden Globe nomination for his portrayal of a former president who goes on a quixotic journey to right the wrongs of his administration.

Additionally, there are frequent stand-up comedy specials from the likes of Craig Ferguson, Marc Maron, Michael Ian Black, Wanda Sykes, Anjelah Johnson, husband and wife Nick Offerman and Megan Mullally, and many more, plus "Unprotected Sets," a docu-series about up-and-coming stand-up comics and how hard it is to survive and thrive in that industry.

If documentaries are your thing, EPIX is right up there with HBO and Showtime in terms of quality content. In the past five years, it has produced documentary films or docuseries about a variety of subjects, including Serena Williams, Danica Patrick, the Deep Web, the NFL, the Watergate scandal, and the Charles Manson family's Tate-Labianca murders.

EPIX is also home to a docuseries called "By Whatever Means Necessary: The Times of Godfather of Harlem," which brings to life the dramatic true story of Harlem and its music during the 1960s. Whitaker is an executive producer of the piece.

In addition to excellent original TV content, EPIX is also a premier destination for movies. Its film library currently boasts everything from current hits like "Bombshell," "Captain America: The First Avenger," and "Rocketman" to such classics as "House on Haunted Hill," "Inherit the Wind," and "Night of the Living Dead."

If all of this still isn't enough, check out the development slate for upcoming programming: 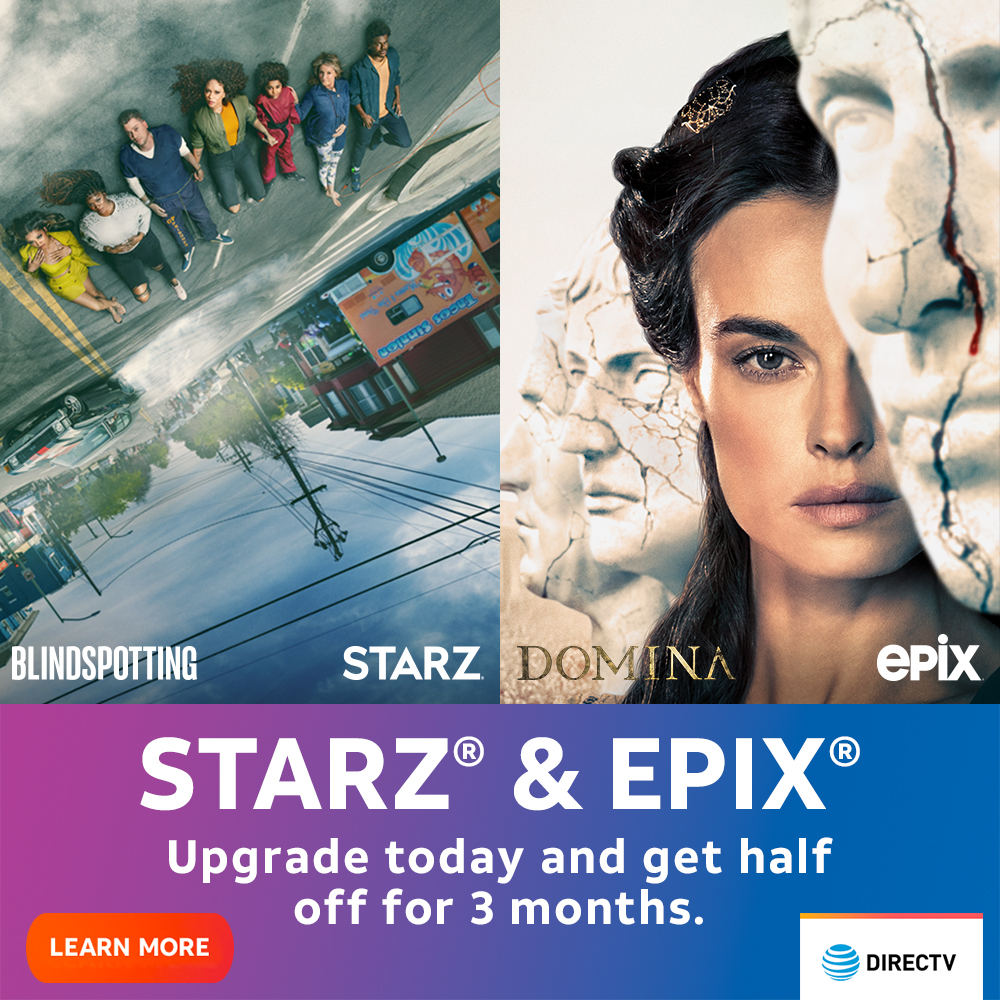