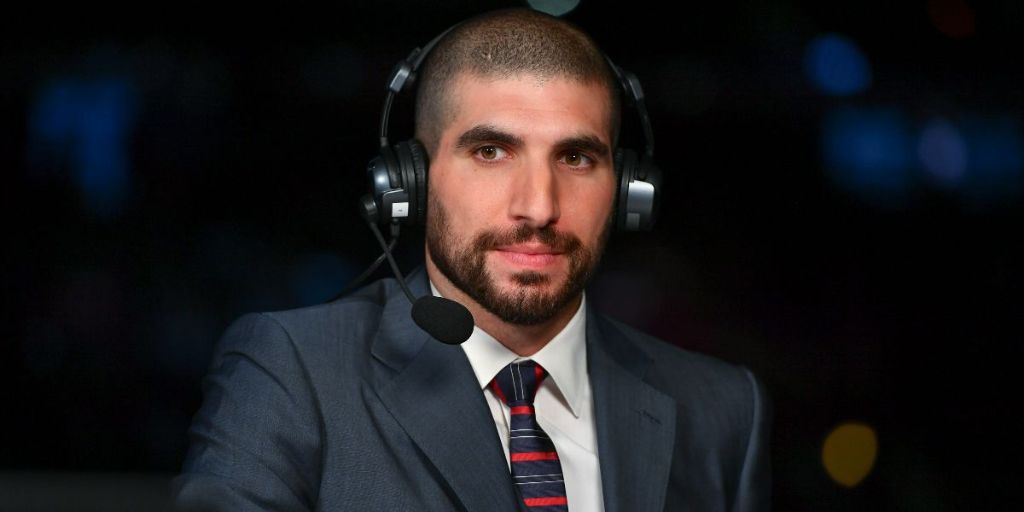 Let’s talk UFC Fight Night. On Saturday, June 29th, Francis Ngannou faces former world champion Junior Dos Santos. Ngannou has a pair of devastating first-round knockouts to build on. At 6’5” and 254 lbs., “The Predator” is a fierce and intimidating force in the heavyweight division. What does Ngannou need to do to defeat the veteran Dos Santos and then cut a path to the heavyweight title?

Ngannou needs to do exactly what he has been doing: walk forward and swing for the fences. JDS will prove to be one of his toughest opponents to date because he boxes well and can take a punch. He is also accustomed to fighting into the fourth and five rounds, which is something Ngannou isn’t used to. The knock on Ngannou has been his lack of cardio, especially late in fights, so it’s important for him to end this in the first or second round. The later the fight goes, the more it favors JDS. This is a really important fight because the winner should fight for the belt next, in my opinion.

On Saturday, July 6th in Las Vegas, Jon “Bones” Jones steps back into the Octagon at UFC 239. The closest thing we have to a peerless champion, the light heavyweight strapholder faces Thiago Santos, the third ranked light heavyweight contender in the UFC. Santos is a serious striker with knockout power and is on a four-fight winning streak with the last three coming by stoppage. What do you expect from this matchup?

I expect Santos to go in there and try to end Jones’ night early with a knockout. Problem is, Jones has faced and beat them all. Santos doesn’t do anything that Jones hasn’t seen before. But anything can happen when you’re wearing four ounce gloves. Jones has a good chin and has never been rocked, so it’s going to take a lot for Santos to put him away early with a big knockout, which I suspect is his only hope to pull off the mammoth upset.

Rumors have swirled about Conor McGregor vs. Donald “Cowboy” Cerrone. McGregor has also taken to social media to reignite the war of words with Khabib Nermagomedov. What’s the future hold for the supposedly retired media king of the UFC?

McGregor is currently nursing a broken left hand that required surgery, however, his head coach John Kavanagh told me last week he hopes and thinks McGregor will return later this year. I’d circle the November pay-per-view at Madison Square Garden or the December pay-per-view in Las Vegas as potential return dates. As for who he’d face, that’s still very much up in the air. It could be Nate Diaz, Tony Ferguson, Justin Gaethje, Anthony Pettis, Khabib Nurmagomedov, Donald Cerrone ... the options are limitless. One thing is for certain, though: McGregor will fight again.

Fresh off his monumental victory over Max Holloway, interim lightweight champ Dustin Poirier has been confirmed for a September unification bout with 155-pound king Khabib Nurmagomedov. What do you think of Poirier’s chances against “The Eagle”?

I think they are solid. Poirier is a tough veteran who is somewhat underrated. He will not be intimated by Nurmagomedov. Problem is, Nurmagomedov might just be the most dominant force in UFC history. For Poirier to win, he needs to keep this fight standing. Will he be able to stuff Nurmagomedov’s relentless wrestling attack? No one else has up until this point.

We’ve seen a good bit of turnover at the top the women’s divisions. Most recently, Rose Namajunas was stunned by Jessica Andrade at UFC 237 in Rio de Janeiro. Namajunas spoke of retirement following the fight, in which she dominated the first round. Is Andrade here to stay, or do you expect “Thug Rose” to reclaim the crown?

I expect Namajunas to return to action at some point. I don’t think she’s done just yet, even though she hinted at retirement after the loss. As for Andrade, her first title defense will be against rising Chinese star Zhang Weili on Aug. 31. Zhang may not be a household name, but she is not to be overlooked. Since losing her MMA debut, she has won 19 in a row. She’s also 3-0 in the UFC. She is tough and well-rounded. I wouldn’t be surprised if she pulls off the upset when they meet in China later this summer.

Amanda Nunes is the first woman to hold the Bantamweight and Featherweight women’s titles. She’s at the peak of her powers. She’ll face Holly Holm again at UFC 239. Is there anyone in women’s MMA that you see who might seriously challenge her?

Holm could be that person. I am not ready to count her out just yet. There’s also Aspen Ladd, a hungry, undefeated prospect who is quickly rising the ranks. The scary thing about Nunes at this point is it feels like she gets better every time we see her fight. But if Holm can use her supreme boxing skills to her advantage and keep Nunes at bay, I wouldn’t be surprised if she gets the win, especially via decision. The key is not to let Nunes overpower her and turn the fight into a dirty one. Holm needs to be quick and elusive.

Ariel Helwani is a leading MMA reporter with ESPN and has been with the network since 2018. He has covered MMA professionally since 2006. He hosts Ariel Helwani's MMA Show and "Ariel and the Bad Guy" with Chael Sonnen. Follow him on Twitter at @arielhelwani.