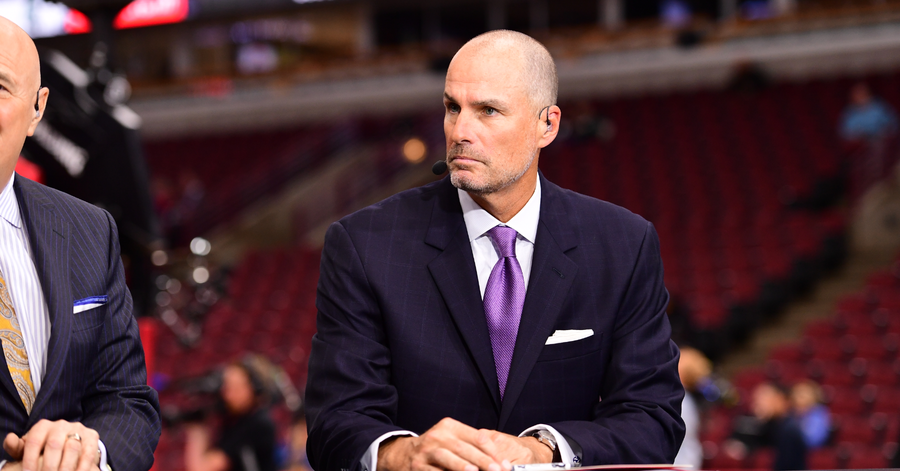 ESPN's legendary college basketball and NBA draft analyst, Jay Bilas, took time out to talk with DIRECTV Sports on the upcoming college basketball season. We asked Bilas who he thinks are the best young players and most complete teams in the upcoming NCAA Men's College Basketball season, as well as the controversial 'one and done' rule and related recommendations from the Commission on College Basketball.

DIRECTV: Which freshman will make the biggest impact this season?

JB: Duke’s freshman class is the best, with Zion Williamson, R.J. Barrett and Cam Reddish projecting as Top 10 NBA Draft selections.  Nassir Little of North Carolina is another Top 10 NBA Draft pick, and Quentin Grimes of Kansas is one of Bill Self’s best and most complete freshmen talents.  A non-Power 5 freshman that could make the biggest impact is Nevada’s Jordan Brown.  He is a dominant inside player that could have starred anywhere.

DIRECTV: What team is going to surprise fans in the upcoming season?

JB: It may not be a surprise to insiders, but Nevada will be a legitimate threat to reach Minneapolis and win the National Championship.  Eric Musselman built his program on major conference transfers, and he added Jordan Brown to that talented and experience mix.  Nevada can beat anyone.

DIRECTV: With Deandre Ayton and Marvin Bagley off to the NBA, who do you think will be the best player in college basketball this year?

JB: Keep your eye on Dedric Lawson of Kansas.  He transferred in from Memphis, sat out last season, and will be among the best and most productive players in the nation this year.  Lawson can average over 20 points per game for Bill Self, and Kansas is a threat to win it all.

DIRECTV: What are your thoughts on the independent commission on college basketball recommendations?

JB: I am very appreciative of the time and efforts of the great people on the Commission.  However, it is naive to believe that the Commission’s work, so limited in scope by the NCAA, is anything more than window dressing for the NCAA money machine.  Sadly, the Commission didn’t even examine the professional model of college sports, which generates billions of dollars by selling these “amateur” players for every penny it can squeeze out of them.  Without examination of the money in the game, it was a total waste of time and effort.  As to the “one and done’ rule, the NCAA has tried to blame its decades old issues on “one and done,” even though there is no connection.  If players are allowed to go pro out of high school, all of the NCAA’s problems remain.  These problems existed before “one and done,” and will exist after.  Plus, there will still be players that leave after one season, as more will reclassify and come to college early, then leave after one season.  It is a good recommendation to allow undrafted players to return to school, but it does not go far enough.

The NCAA should allow drafted players to return to school, as well. That is the NBA’s problem to figure out, not the NCAA’s.  If we really believe in education, why wouldn’t we welcome back any player that wishes to play and pursue education?  The NCAA says, ad nauseam, that athletes are just students that happen to be athletes, and that athletes are to be treated like any other student.  Well, no other student is limited in what they can earn or accept.  No other student is denied the ability to have representation.  There is no legitimate reason to deny any athlete the right to seek advice and counsel from any representative.  Players should be allowed agents, whether in high school or college.  A child actor can have an agent, and keep that agent while in college on a drama scholarship, continuing to work and earn money as a professional actor.  Athletes should be allowed the same economic rights.

DIRECTV: How do you see the recruiting process changing if these rules are implemented?

JB: Recruiting will never change until NCAA rules do.  There is no underground economy with regard to coaches and administrators because they can be paid.  If athletes are allowed to be paid, schools will offer compensation in the form of a contract.  It will be all orderly business.  A byproduct will be athletes that stay in school longer.  Everybody wins.  The truth is, this is pro sports right now.  Amateur sports do not make billions of dollars and pay its coaches millions upon millions.  College sports is professional, and has been for decades.

JB: Maybe to some, but I don’t view it that way.  Both are recruiting the best players they can get, and they are not the only coaches recruiting those players.  In today’s game, the best players don’t often stay four years.  But, whether a player stays one year or two years, it is of little difference.  Our focus should be on encouraging players to go to college and pursue education and their basketball dreams.  These athletes can do both, and we should celebrate the fact that they can do both.  The NCAA has pushed the narrative that if you aren’t Bill Bradley, you don’t belong in college.  That is nonsense.    We have thousands of colleges in this country. Everyone belongs in college.  If any school doesn’t believe a player doesn’t belong in its school, don’t recruit and admit that player.  Pretty simple.

Jay Bilas, known for his extensive knowledge of men’s basketball and insightful analysis about the sports industry, joined ESPN in 1995. Bilas, who is featured on ESPN’s game and studio coverage, calls the top men’s college basketball games involving the nation’s marquee teams and conferences. He joined the ESPN’s Saturday Primetime game-of-the-week telecasts in 2015, adding to his role on the popular Saturday morning and evening college basketball program, College GameDay. Bilas also writes for ESPN.com, and contributes to SportsCenter and ESPN Radio. Since 2003, Bilas has provided in-depth player scouting and analysis for ESPN’s coverage of the NBA Draft.