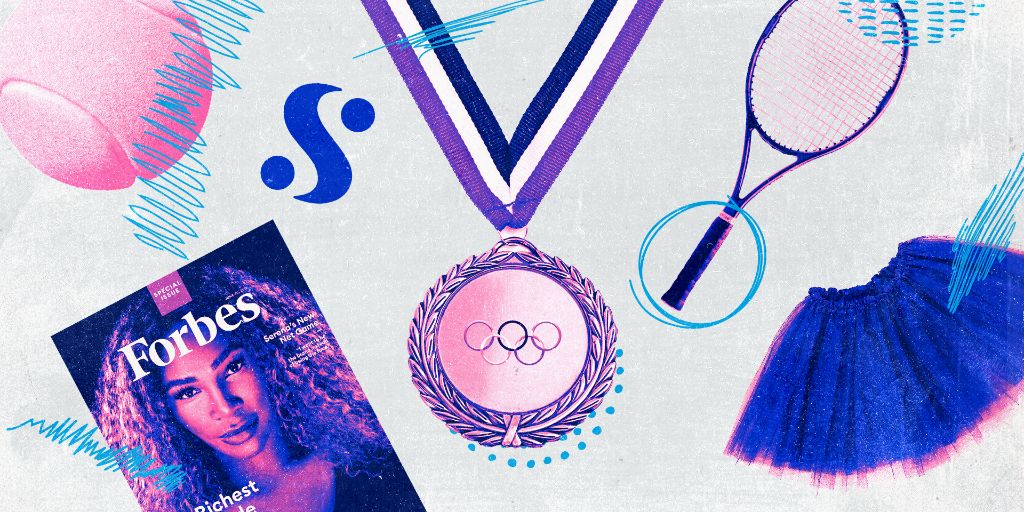 Few athletes are more recognizable and successful than Serena Williams. As a tennis pro with 72 career singles titles, 23 doubles titles and two mixed doubles titles—not to mention four Olympic Gold medals—Williams has made an indelible mark on the sports world. But beyond her outstanding career and accomplishments, Williams has risen to the level of a cultural and feminist icon in the past decade through her daring fashion and unapologetic critique of sexism on and off the court. Let’s take a look at some of her stand-out moments of the past decade.

We all came to know Serena as the second half of the Williams duo alongside her sister Venus, but she’s since become a stand-out figure this past decade with her powerful playing style and strong presence on the court. She was the first tennis player ever—male or female—to win 23 Grand Slam titles in the open era (one of which she won while pregnant) and shares the record for the most consecutive weeks ranked Women’s Tennis Association’s No. 1 player in the world. To top it all off, Williams is officially the highest-earning female athlete of all-time in any sport, making her the first athlete to earn a spot on the Forbes World's Richest Self-Made Women list.

Williams has recently made waves through her subtle yet powerful demonstrations through tennis wear. After the 2018 French Open controversy surrounding her banned catsuit, Williams retaliated by appearing on court with a tutu at the US Open later that year. She continued to push boundaries with a short unitard at the 2019 Australian Open. At the 2019 French Open, Williams was celebrated for her custom-designed Nike x Off White outfit as she did what she does best: not care what anyone else thinks. In response to the conversations springing up around her fashion trends, she stated: “I love when fashion becomes a vehicle for sharing a powerful message.” This passion has led her to create her own inclusive and body-positive fashion line, S by Serena.

Let the Roland Garros begin. Here is my French Open look designed by @virgilabloh and @nike.

In addition to pushing boundaries through clothing and self-expression, Williams has been a vocal critic of unfair treatment of female athletes and has called out other players for inappropriate remarks. She most notably gained attention during the 2018 US Open Finals match with Naomi Osaka after exchanging heated words with the umpire, who called several violations against her, one of which included “verbal abuse” after Williams fought back against accusations that she had cheated. In a press conference following the match, she did not hold back. “I’ve seen other men call other umpires several things, and I’m here fighting for women’s rights and for women’s equality … For me to say ‘thief’ and for him to take a game? … It was a sexist remark. He’s never took [sic] a game from a man because they said, thief. For me, it blows my mind. But I’m going to continue to fight for women.”

A champion for others

Though the 2018 US Open Finals launched her into the feminist spotlight, Williams became an advocate for women long before. In 2017, she wrote an op-ed for Fortune about closing the pay gap for black women and shared her journey navigating racism and sexism. In 2018, Williams shared her harrowing experience with medical negligence during childbirth that almost cut her life short, shedding light on a pervasive problem across America and inspiring other mothers to come forward with their own stories. Her charitable work as a UNICEF Goodwill Ambassador and through her foundation, the Serena Williams Foundation, are just two examples of the many ways she tries to give back to her community. With a presence like this, it’s probably no surprise that Beyonce asked her to be a part of her music video for “Sorry,” a song about strength and courage. If that doesn’t fit her perfectly, then what does?

This past decade has undoubtedly been a busy and successful one for Serena Williams. Regardless of how long she remains on the court, wearing new tutus and pushing old boundaries to improve the sport for future generations, she'll always be known as an advocate for women and people of color and as a cultural icon for years to come.