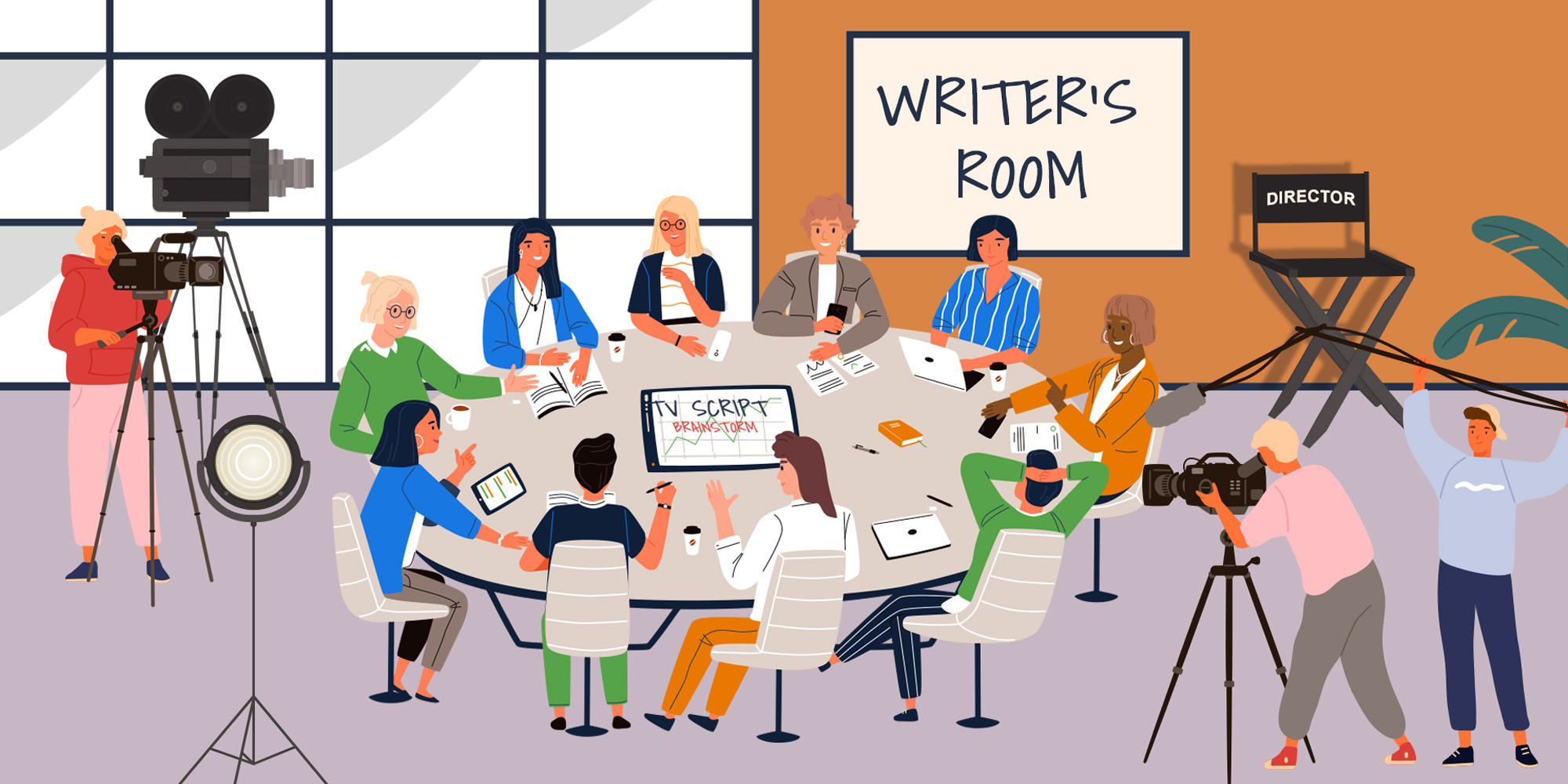 Female Empowerment: The Best Women-Led TV of the Decade

Television in the 2010s was marked by trends like the popularity of anthology TV, the death of the antihero protagonist, and, crucially, the rise of female showrunners creating female-centric television. It's something women themselves can hardly believe is happening—and they're hungry for more of it.

At a 2018 gathering of female TV creators who, in a nod to author Virginia Woolf, call themselves "The Woolf Pack," Jenny Bicks (Sex and the City, The Big C) told journalist Joy Press that when she was coming up in Hollywood, she didn't have female mentors.

"Very few of us had female mentors," said Bicks. "If you are a showrunner who started when I did, there were a few women, like Diane English (Murphy Brown), but it was pretty much all men."

But Liz Tigelaar (Life Unexpected, Once Upon a Time) added that while the numbers are far from even—a 2017 study found that 80 percent of showrunners are male—there is a general feeling that women are slowly closing the gap.

"Looking at the numbers, maybe it seems bleak and like the uptick hasn't happened yet. But the feeling of being in it is real," said Tigelaar. "I think it's a great time to be a woman in television, and I look around at that [Woolf Pack] lunch and, I'm like, look at what my friends are doing: they're all badasses! I think doors are being kicked open."

With that in mind, here's a look at 10 badass female showrunners who have been creating shows about nuanced, flawed, strong, vulnerable women. We can't wait to see what they all do in the next 10 years.

A musical dramedy about a woman struggling with mental illness is probably a tough pitch in Hollywood, but thank goodness The CW was listening. Viewers were treated to four years of Aline Brosh McKenna and co-creator/star Rachel Bloom's incredibly funny, moving, and important show, Crazy Ex-Girlfriend.

OWN's Queen Sugar tells the story of three siblings, two sisters and a brother, who are brought back together when their father dies and his 800-acre Louisiana sugarcane farm is left to Charley (Dawn-Lyen Gardner), a wife and mother from Los Angeles. It is not only created by and starring women, but the cast is predominantly black and focuses on issues like racial profiling, the way slavery continues to affect people today, and inequality in the criminal justice system. DuVernay told Awards Daily in 2017 that she makes this show largely for an audience of one—herself—and then has to hope other people connect with it and love it too.

"You have to trust yourself as an artist and story maker to say, 'If I love it, somebody else has got to love it too,'" said DuVernay, adding, "I shared what I wanted to share and somebody out there is going to connect with it because I put everything into it. It's just that trust of knowing your voice, if it's pure enough and what you really want to get across, someone will hear and someone will listen and someone will respond. That's how I've had to make it."

Killing Eve has the distinction of showcasing one of the best female-female relationships on TV right now, and it's between a dangerous assassin and the MI5 agent trying to track her down. It has also had three female showrunners over its first three seasons, with Heathcote taking over for the upcoming third season; Emerald Fennell was the showrunner in season two, and creator Phoebe Waller-Bridge was the showrunner in season one. Waller-Bridge also created the critically-acclaimed Fleabag on Amazon.

Killing Eve explores human connection and attraction, trust and dependence, dysfunction and emotional intelligence, all within the backdrop of the spy genre—and 20 years ago, the main characters of assassin and intelligence agent would most likely have been men.

Pretty Little Liars explored female friendship, what it means to be a teenage girl in this day and age, and all the pressures and assumptions that come with it. It ran for seven seasons under the leadership of showrunner and co-creator I. Marlene King, who told Refinery29 in a 2017 interview that Hollywood is slowly evolving.

"I do think Hollywood is starting to make strides for women—I've seen a few other kindred souls like myself that are promoting from within and going out of their way to hire as many different kinds of women as possible,” King said. "At its core, PLL is about unconditional friendship amongst women. I wanted to create a show that's as unapologetically strong and powerful onscreen as it is offscreen."

Michelle King is a fine example of a showrunner putting strong, layered women on TV with her CBS and CBS All Access dramas The Good Wife and spinoff The Good Fight. She is also one half of a fine example of men supporting women, because her producing partner is her husband, Robert. They said in a 2015 NPR interview that they aren't trying to have heroes or antiheroes; they're just trying to tell stories about "a regular person with all their complexity and messiness."

In the first episode of this Lifetime dramedy, lead character Rachel (Shiri Appleby) wears a shirt that says, "This is what a feminist looks like," and that's exactly what creator Sarah Gertrude Shapiro was going for—a show about women asserting their power in the TV industry without being labeled "difficult" or "a bitch." It also explores a complicated female friendship between Rachel and her boss, Quinn (Constance Zimmer).

"They are together. They are back together...and since that relationship is the true love story of this series, I do think that's a really happy ending," Rukeyser told the Los Angeles Times in an interview about the series finale.

You can't talk about strong women gettin' it done without mentioning an actual superhero, right? Since its debut on The CW in 2015, Supergirl has quietly been making some great strides for inclusion, including a high-profile queer relationship and TV's first transgender superhero in Dreamer (Nicole Maines).

Showrunner Jessica Queller isn't just famous for making TV. She actually made headlines in 2008 because she made the difficult choice to have a prophylactic double mastectomy after finding out she inherited the BRCA mutation from her mother, which is the gene that can cause breast and ovarian cancer. She wrote a memoir titled "Pretty Is What Changes" about her mastectomy decision and she applauded Angelina Jolie's public decision to do the same.

"[Jolie] is empowering other women who admire her. She is telling them not to be afraid but to take action to safeguard their own health," wrote Queller in a 2013 NY Post op-ed. "Doctors once told me that I would be less beautiful and desirable if I had the surgery, but I did it anyway. Angelina Jolie is sending the same message."

Issa Rae's character on her HBO comedy may be Insecure, but she is anything but. The series is based on Rae's YouTube series "Awkward Black Girl," and Rae told PopSugar in a 2019 interview that she's just trying to reflect black womanhood in a way it hasn't been seen before.

"I think it just reflects a part of black womanhood that hasn't been reflected for a while. I mean, you mentioned Girlfriends, that was like about 20 years ago, and we haven't really had our stories told in a modern, successful way recently," said Rae. "That's also not to say that it represents all of black womanhood—or all of womanhood. It could never, but it is the slice. And I'm just grateful that people respond to it."

You can't mention powerful female showrunners without bringing up Shonda Rhimes, creator of Grey's Anatomy, Scandal, and several other female-centric TV shows. We want to highlight Scandal because the woman at its center, Olivia Pope (Kerry Washington) dealt with every hardship and obstacle imaginable, while under the magnifying glass of working in and around the White House.

"I hear a lot that what's great about the characters [I write] is that they’re unapologetic," said Rhimes in a 2017 interview with Entertainment Weekly. "I think that women are raised to believe that they're supposed to want certain things and so you feel like you're supposed to apologize when you don’t want those things."

Last but certainly not least is Jane the Virgin showrunner Jennie Snyder Urman, who wanted to tell a very specific story about a woman in her 20s and 30s, a very scary time in a woman's life.

"It is such a fraught time when you're defining yourself and deciding who you want to be personally, professionally, and in the world," Snyder Urman told Deadline in 2015. "The decisions that you make are very vital and scary. Jane feels the most relatable to me because we went through a pregnancy. With Jane, I get that period in her life, but I also get to explore the next stage, which is how to retain your identity as a woman, a professional, and a mother."

It was incredibly hard to narrow this list down to 10, so please don't forget that there are dozens of women out there making excellent women-centric television shows. From established creators like Tina Fey (Unbreakable Kimmy Schmidt) and Melissa Rosenberg (Jessica Jones) to relative unknowns like Carina Adly Mackenzie (Roswell, New Mexico) and Elizabeth Berger (This Is Us), women are gettin' it done all over the TV landscape as we head into the next decade.