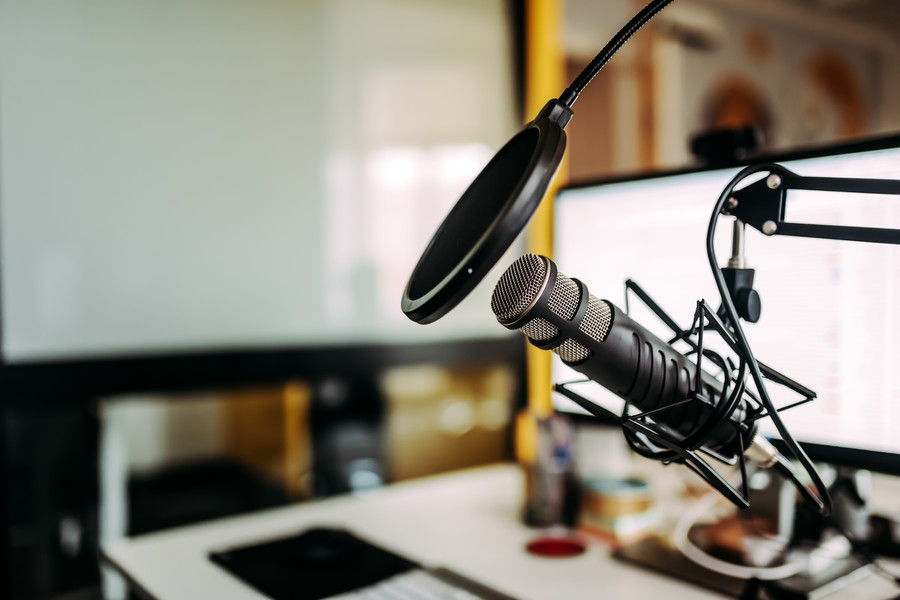 Fiction podcasts are on the rise and better than ever. These are the ones to listen to.

Now that a majority of Americans have listened to a podcast, it's fair to say the medium has gone mainstream. Within a surge of new shows catering to all kinds of listeners, there's been a wave of fictional audio dramas that breathe new life into a format first popularized by the radio dramas of the 1930s.

Today, podcasts offer similar serialized story­telling with creative flair and growing budgets. Some shows are even getting picked up for screen adaptations. Gimlet's "Homecoming" got the Amazon Prime treatment with Julia Roberts, while mystery thriller "Limetown" is being turned into a Facebook series starring Jessica Biel. (Amazon's chief executive Jeff Bezos owns The Washington Post.)

Like the podcast world in general, there's more audio fiction than one person can consume, but here are a variety of shows that deserve a time slot in your dishwashing playlist.

‘The Horror of Dolores Roach’

Adapted from the play "Empanada Loca," by Aaron Mark, the podcast includes captivating performances by Tony nominees Daphne Rubin-Vega and Bobby Cannavale. After Dolores (Rubin-Vega) is released from prison, she wanders the streets of a now-gentrified New York, disoriented by the drastic transformation of her former neighborhood that is now overrun by spandex-clad women sipping green smoothies. Reminiscent of "Sweeney Todd," the story turns sharply into an unhinged tale of survival that's so gripping Blumhouse Television recently acquired the rights of the Gimlet production for a TV show.

Alba Salix is a comedy built on fairy tales and bad attitudes. Set in a kingdom with an abundance of fantastical characters, creators Eli McIlveen and Sean Howard ambitiously and gradually build an extraordinary, transporting world. We follow the life of the royal family's head witch, Alba Salix, along with an accident-prone fairy and sardonic ex-monk.

From the mind of Issa Rae, creator of HBO's "Insecure," comes the story of a black football player navigating his sexuality in the hypermasculine arena of professional sports. Rae was inspired by "hearing stories about football players who couldn't come out," she told the Guardian in 2016, and "Fruit" does feel realistic. When the NFL's first openly gay player, Michael Sam, kissed his boyfriend on national television in 2014, he sent the sports world into a frenzy. Rae's compelling story effortlessly unfolds, practically guaranteeing a binge.

An audio drama list would not be complete without at least one show from the Night Vale Presents crew, who put audio dramas on the map with "Welcome to Night Vale." "Adventures" is a more complex production, with the same creepy approach. The show is a fun romp in a dystopian future where Tetchy Terrorist Vampire Zombies from outer space endanger New New York — and occasionally break out in song. A cranky man diagnosed with cancer and a friendly sociopath make an unlikely duo who take on the space zombies in what the creators call "the first sci-fi, Afrofuturistic, political satire, buddy comedy."

Radiotopia's "The Truth" is an audio short story series. Each episode creates a new world, complete with brilliant voice acting and captivating writing. Start with "Everybody SCREAM!!!" for the inner monologues of a highly-competitive spin class or "Meet Cute," about what-could-have-been after a great first date immediately precedes a premature death. Don't miss "The Off Season," which takes inspiration from the Me Too movement, and tells the suspenseful story of a popular news host sent to an isolated home in the Hamptons after a deluge of sexual misconduct allegations.

This horror show will get your heart pumping and send you scrambling for the next episode. Initially envisioned for television by military veteran Kc Wayland, the show follows a handful of survivors, some with varying degrees of military expertise, as they attempt to defend an L.A. apartment building against a swarm of zombies. In this post-apocalyptic world, zombies are fast-moving and, maybe most terrifying of all, intelligent. "We're Alive" is masterfully written and action-packed with sound design that will make you jump out of your seat.

Michelle Harven is an audio producer based in Washington, D.C., where she works on podcasts such as Force For Hire and DC Diary.

This article was written by Michelle Harven from The Washington Post and was legally licensed through the NewsCred publisher network. Please direct all licensing questions to legal@newscred.com.