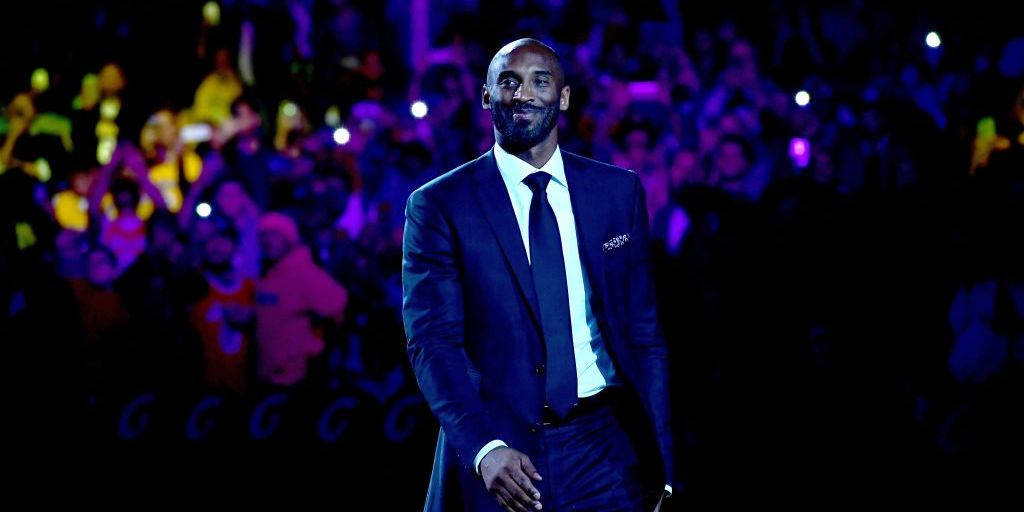 As the world continues to mourn the loss of NBA great Kobe Bryant, everyone is looking to archival interviews and social media posts to hold on to cherished memories of the legend.

While interviews are great, they are normally shorter in length and stick to professional scripts in their lines of questioning. If you are looking for a different aspect of the famed player's life and career, here are three films that highlight Bryant in a different light.

Dear Basketball is an animated short film written and narrated by Bryant. The film is based on a letter Bryant wrote to The Players' Tribune on Nov. 29, 2015, which announced his retirement from professional basketball after 20 successful seasons.

LA is the land of opportunity. It’s as big or small as you want it be. What you get out of LA reflects what you put in. It’s the place where you can learn from the greats who came before you. And where you can continue their journey farther. It’s where you leave a legacy for the next generation of LA greats to carry on after you. #sportchangeseverything

In the letter, Bryant describes his love for basketball, which began when he was a young child. He famously revealed once that he began playing when he was just two years old. Bryant details with love how he and basketball became synonymous and how the game has been one of the longest loves of his life.

I couldn’t imagine anyone else directing and animating something so personal to me. Thank you @glenkeaneprd #DearBasketball @go90sports

Many were surprised at Bryant's transition into filmmaking and storytelling post-retirement. While most retired athletes go into sportscasting, Bryant took a different route and spoke openly about his love for writing.

I never knew that showing my heart would lead to this. Dear Basketball was my way of saying thank you to the game that gave me everything. Your reaction lit another fire in me that I didn’t know existed. I'm so excited to keep sharing my passions with you all @granity #GranityStudios

"I never, ever thought that storytelling would be something that I would love as much as the game," he told Yahoo Sports in 2017. "I heard a lot of people telling me when I started writing and they would ask me, "What are you going to do when you retire?" And I'd say, "Well, I want to be a writer; I want to be a storyteller," and I got a lot of, "That's cute. That's cute. You'll be depressed when your career is over, and you'll come back to playing," you know. And I got that a lot.

Dear Basketball proved that he would excel in his new career. The film won a 2017 Oscar for Best Animated Short film.

Shot in front of a single camera with a black backdrop, the Showtime documentary gave fans and viewers an intimate look into who Bryant was both in his element in basketball and at home. Bryant opened up about his what his life after retirement would look like, about fatherhood, and about the biggest misconceptions about him.

Bryant speaks honestly in the documentary about some of the biggest personal challenges of his career. For the first time, he details how his cheating scandal of 2003 had a dual effect on him both personally and professionally.

On a personal level, it rocked his marriage, and he believes the stress of the scandal contributed to his wife's miscarriage while she carried the couple's second child — something that visibly still burdened Bryant as he spoke about it. Professionally, he poured his frustrations into basketball and flourished on the court, eventually winning five championship titles with the Los Angeles Lakers.

On this day 18yrs ago the hornets told me right after they drafted me that they had no use for me and were going to trade me. #thanku #Believe #usmnt #lakers #jwest #drbuss #letsGo #USA

Bryant also opened up about his career-defining injury and how it affected his game.

The documentary was praised for its honesty and Bryant's vulnerability.

After his death, CNN featured a piece on Bryant's famed "Black Mamba" alter ego. He gave himself the moniker to cope with the backlash he faced following his cheating scandal. In a 2014 interview with The New Yorker, he said the name was inspired after watching Kill Bill.

"The name [Kobe Bryant] just evokes such a negative emotion," he said at the time. "I said, 'If I create this alter ego, so now when I play this is what's coming out of your mouth, it separates the personal stuff, right?' You're not watching David Banner — you're watching the Hulk."

He spoke about the nickname over the years, including in a 2015 interview with the NBA, saying, "When I step on that court, I become that. I am that killer snake. I'm stone cold, man."

For me, it started with a dream. The only way to achieve that dream was to adopt a winning mentality and focus deeply on the mental aspects of the game I loved. Learn how I did it. #TheMambaMentality is out now. https://www.mcdbooks.com/the-mamba-mentality

"The Black Mamba" eventually turned into a full brand that now includes a basketball academy for boys and girls. In 2011, Bryant partnered with Nike to create a short based on his alter ego. In the six-minute piece, Bryant is in a pitch meeting where Robert Rodriguez tries to sell him on the idea of an action film exploring his alter ego as a character. Bryant is initially hesitant but warms up to the idea.

Danny Trejo, Bruce Willis and Kanye West guest-star as villains who poke fun at the character. It's one of the first instances in which many who are used to a normally serious Bryant are exposed to a more humorous side of the star.

Thanks to Kobe Bryant for his inspirational work and life!

This article was written by Brenda Alexander from The Cheat Sheet and was legally licensed through the NewsCred publisher network. Please direct all licensing questions to legal@newscred.com.