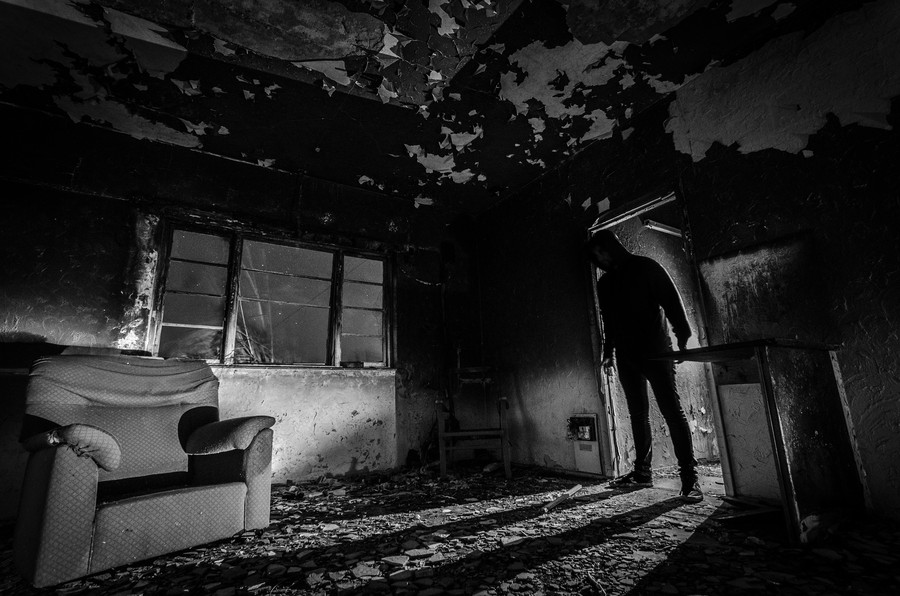 Everyone has the same story. “When I was a kid…my [insert mischievous friend or sibling]…so we watched…and I’ve been afraid of [clowns/the dark/TV static] ever since — even though our parents repeatedly warned us not to watch horror movies before bed (or ever really) because they’ll give us nightmares. Yet, something COMPELLED us to test that theory.
Welp, these are not those movies.
These are the movies that blindside you on a rainy Saturday afternoon when you thought you were safe. The premise of this movie sounds cool, you said. How bad can it be, you think. Bad. Very bad. Especially if you’re a little young, impressionable, and living in an era before social media appropriately desensitized you.
So, we submit to you, five movies that we just weren't ready for and that we saw way too young.

Looking back, I don’t know if I even knew what the term arachnophobia meant before sitting down and popping in the ol’ VHS tape. But you can be sure, I never, ever forgot.
The Jennings family just wanted to get some fresh air and quiet in their new countryside home but found themselves at the mercy of an eight-legged infestation. And I’m not talking about giant, mutant spiders. The kind we all laugh at because “that could never happen.”

It can.
I’m talking about the one you saw last night, neigh, that’s in your house watching TV right now. Waiting to jump scare you when you get home and least suspect it. I do have to warn you though — if you watch this movie, there’s no going back. You’ll never, ever be able to walk into a dimly lit area and not check every corner or behind every possible hiding place again.

Here’s the thing, space movies are supposed to be aspirational. They’re supposed to be about what mankind can do if he only looked up and reached for the stars. It’s also where most franchises go to die. See any 80s/90s horror movie whose fifth plus entry went to space.
So, once again, it was on a typical weekend afternoon where I decided to pop in a little VHS and prepare to marvel at the future. And upon the rolling of the end credits, any aspirations I had of being an astronaut or even being a tourist on a trip to the moon, ABRUPTLY ended. Here’s why–
The basic idea is that the ship Event Horizon was designed to travel faster than light. But as Sam Neill's character states (Dr. Grant from Jurassic Park for the uninitiated), it actually opens up a doorway between two points in the universe. Nothing scary yet, right? Right. But as the movie progresses — no spoilers — they realize that’s actually inaccurate. It travels THROUGH somewhere to go from point A to point B.
As a child, I was not ready for where they went. And there’s not a day that goes by where a major scientific discovery makes me think, yep…this is it. This is the moment of no return for humanity.

A few years later, we all witnessed firsthand the infancy of viral marketing. If you haven’t heard of The Blair Witch Project, #knowyourroots.
The idea is that three student filmmakers ventured into the woods to document the legend of some witches that had done some…witching back in the day. The kicker is that the student filmmakers never returned. But sometime later, another group of people found their footage and pieced together the movie. Setting aside any moral or ethical implications at the time, I was in because, from a filmmaking standpoint, this is amazing. It essentially marked both the first viral marketing campaign that I’d ever been aware of and introduced the world to the found footage genre.
Now, depending upon who you talk to “this movie wasn’t scary” tends to come up in conversation a lot. To that point, I agree. It was only later, when I took my dog out for her last walk of the night along a treelined area, that I realized I’ve never been so hyper-aware of the sounds beyond those trees in my life. My dog tended to disappear beyond where I could see, and that’s when your mind usually starts to fill in the fantastical gaps. I don’t know what as a kid I was expecting to leap out of those woods at me, but you better believe from that point forward, my "fight or flight" system was primed and ready.

By the time the Texas Chainsaw Massacre came out, I was a little older, a little wiser, and now only afraid of spiders, deep space and the woods. Yep.
So, as I sat down to watch a screening of this remake, it occurred to me that I didn’t know it was “based on a true story”. Uh oh.

Repeat after me: it's just a movie.
This movie is simple enough. A group of youngins decides to go on a road trip. Fine. They need to stop at a gas station. Fine. And then one thing after another, after another roll credits.
The thing that’s most haunting about this movie, is it’s not a revenge flick. It’s not Scream or I Know What You Did Last Summer — there's no rhyme or reason as to why you. They just happened to be a random fly that turned the corner and ended up in a random spider’s web.
This movie made me immediately rethink any road trip I’ve ever taken because sometimes, you really can be in the wrong place at the wrong time.

The Paranormal Activity series may be one of the most brilliant horror series of all time because it's one of the few horror series with incredibly and clearly defined rules. I won’t go into too much detail to avoid spoilers but said “paranormal activity” only takes place under certain conditions.
Paranormal Activity 2 plays into the rules first established in its prequel beautifully. It allows the audience to get comfortable knowing that this series only tries to scare you when certain conditions are met. But then suddenly, and without warning, knowing that this franchise has taught us what is and isn’t safe — it completely destroys its own rules and suddenly, you’re terrified because nothing is safe. You have no idea where the movie is going, and all you can do is hold on for dear life.
And more importantly, it teaches you that if your dog starts barking at something you can’t see, or if a door somewhere deep in your house slams shut, or you find your cabinets wide open and you don’t know why…it’s time to go ladies and gentlemen. Your house is officially for sale.
Unless the thing that did it…won’t let you.
Happy Halloween!
Join the conversation!