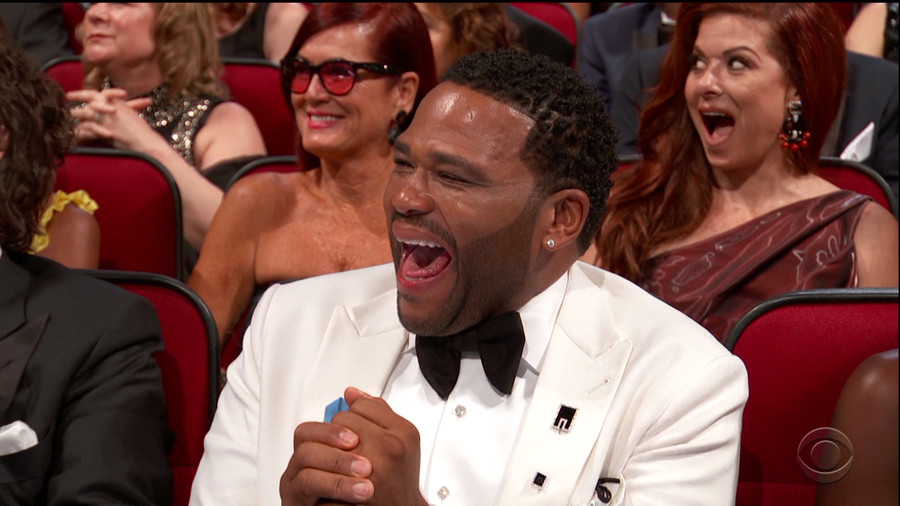 So now we know! Samira Wiley (of The Handmaid's Tale and Orange is the New Black) and Ryan Eggold (star of "The Blacklist") announced the nominees for the 70th Annual Primetime Emmy Awards today. If you're looking for a few key takeaways from the list to drop into casual conversation tonight, we humbly suggest the following:

1. Netflix edges out HBO for most nominations

For the first time since 2001, HBO did not lead the pack for nominations by network. Streaming giant Netflix took that honor instead, garnering 112 nominations while HBO received 108. (Last year, these two were also top dogs – but in reverse order). That said, two of the three most nominated titles – Game of Thrones and Westworld – air on HBO. It was Netflix's breadth of content that let them grab those few extra nods.

As you put together your ballot, ask yourself: Is this the Television Academy's last chance to reward a performance or show? We're willing to bet they'll lean into this feeling when they vote. This years list includes one-time-only events (looking at you, Jesus Christ Superstar Live), and final seasons of beloved shows. With no more of FX's The Americans, Matthew Rhys and Keri Russell won't be eligible for their roles on this drama heavy-hitter again and it may be too sweet an opportunity to give out hardware to pass up. The same applies for Tatiana Maslany's masterful performance (really, multiple performances) on Orphan Black. On a much sadder note, the tragic passing of Anthony Bourdin earlier this year means that this was the final year for Parts Unknown – we expect many voters to honor his memory by celebrating his achievements.

3. I am my own competitor

Co-star vs. co-star, director of one episode vs. director of another, Ramin Djawadi vs. himself. It was a big year for heavy-hitters to get multiple nods in the same category. In some of the biggest categories of the night, Ed Harris and Jeffrey Wright will go head to head for their work on Westworld, as will show brothers Nikolaj Coster-Waldau and Peter Dinklage (it'll be a good night for the Lannisters all around - Lena Headey also got a nod), and THREE actresses from The Handmaid's Tale will compete for Supporting Actress in a Drama Series: Alexis Bledel, Ann Dowd, and Yvonne Strahovski. Let the games begin!

Several shows with a focus on LGBTQ characters or people scored big this year for nominations. The revival of Will & Grace on NBC, having been an Emmy darling in its previous life, got five and Ru Paul's Drag Race on VH1 got 10 (10's across the board!). Netflix's reboot of Queer Eye also proved a force to be reckoned with – we guess the Emmy voters cried when AJ came out, just like we did. But the most lauded show featuring an emphasis on LGBTQ characters is The Assassination Of Gianni Versace: American Crime Story – receiving a whopping 18 nominations, including six for acting categories. Notably, both Amazon's Transparent and STARZ' new hit Vida were snubbed.

5. The age of the auteur is alive and well

The trend of the past few years to turn to one-stop-shop artists to write, produce, direct, and star in their own shows doesn't show signs of stopping anytime soon! Donald Glover, who swept last year for directing and acting, is once again nominated for Atlanta in a slew of categories. Bill Hader's new HBO comedy Barry similarly got him into several races. Issa Rae got a nod for her semi-autobiographical comedy Insecure; Jason Bateman was nominated for directing and acting in Ozark; and Elizabeth Moss stands to win two more Emmys for producing and starring in The Handmaid's Tale. Wearing many hats may lead to carrying home many trophies.

Can't wait to see who wins? Mark your calendars for September 17 and tune in to NBC to watch!