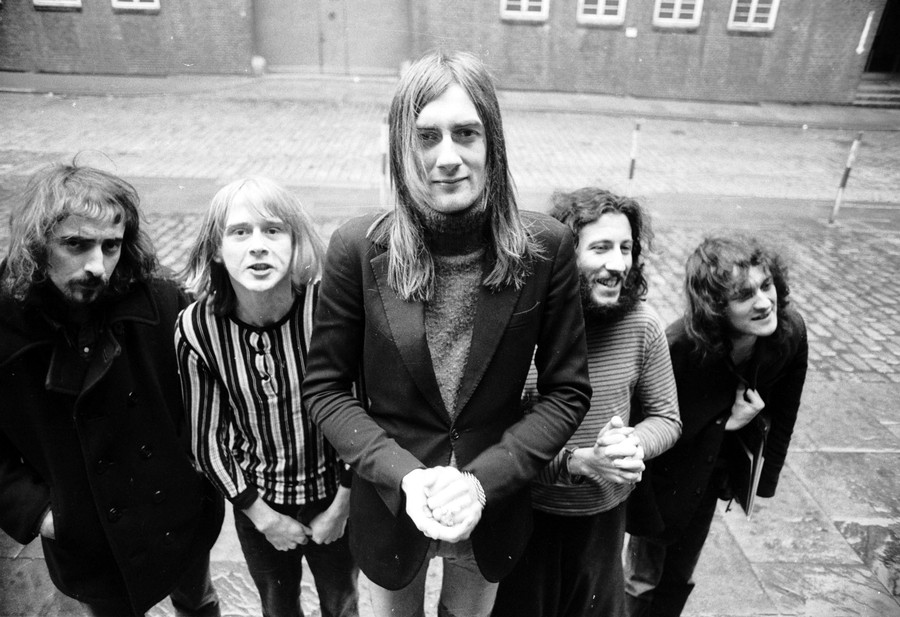 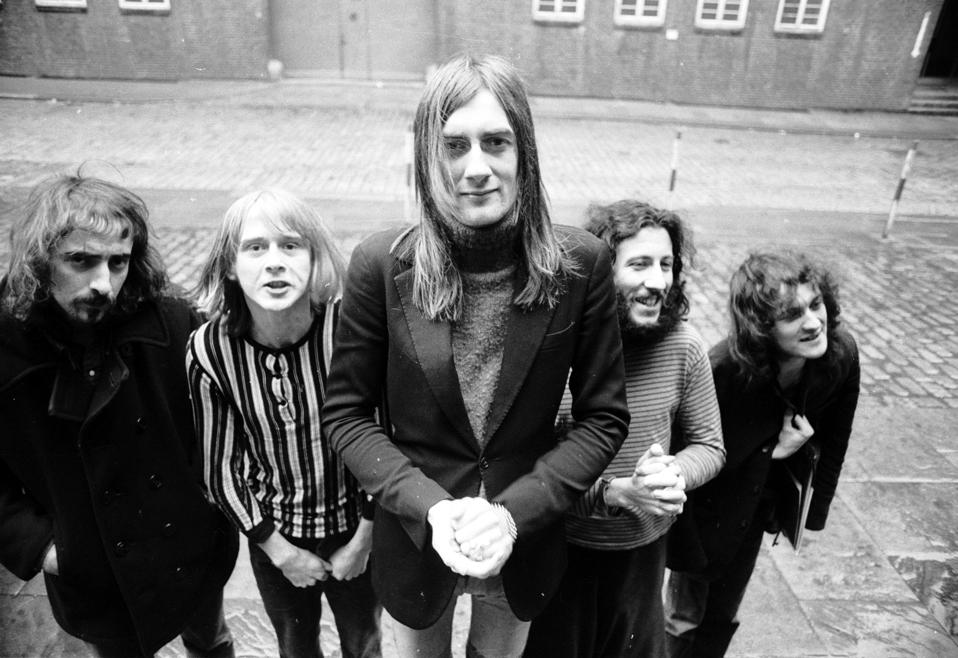 Mention the name ‘Fleetwood Mac’ to anyone today, and they'll likely think of the classic band lineup of Mick Fleetwood, John McVie, Christine McVie, Lindsey Buckingham and Stevie Nicks—the configuration that recorded the blockbuster albums Fleetwood Mac and Rumours, as well as many enduring songs like “Rhiannon,” “Don't Stop,” “Dreams” and “Go Your Own Way.” But much younger listeners might not know that Fleetwood Mac had existed several years before the game-changing arrival of Nicks and Buckingham in late 1974. In fact, Fleetwood Mac started out in 1967 as a British-based blues group led by the talented guitarist Peter Green. Over the next 50 years, Fleetwood Mac experienced many personnel changes—with the remaining constant being the rhythm section of drummer Mick Fleetwood and bassist John McVie, whom the group was named after.

The pre-Buckingham/Nicks era of the band is the focus of a newly released 8-CD boxed set, Fleetwood Mac 1969-1974, now out on Rhino. It contains seven of the band's studio albums recorded for Reprise Records during that period: Then Play On, Kiln House, Future Games, Bare Trees, Penguin, Mystery to Me and Heroes Are Hard to Find. While those records were not huge commercial sellers upon their original release, they offer a fascinating glimpse of how Fleetwood Mac evolved from a British blues rock outfit to a Southern California-sounding pop/rock band. And in retrospect, each of these overlooked albums had at least one or two songs that should have been hit singles. 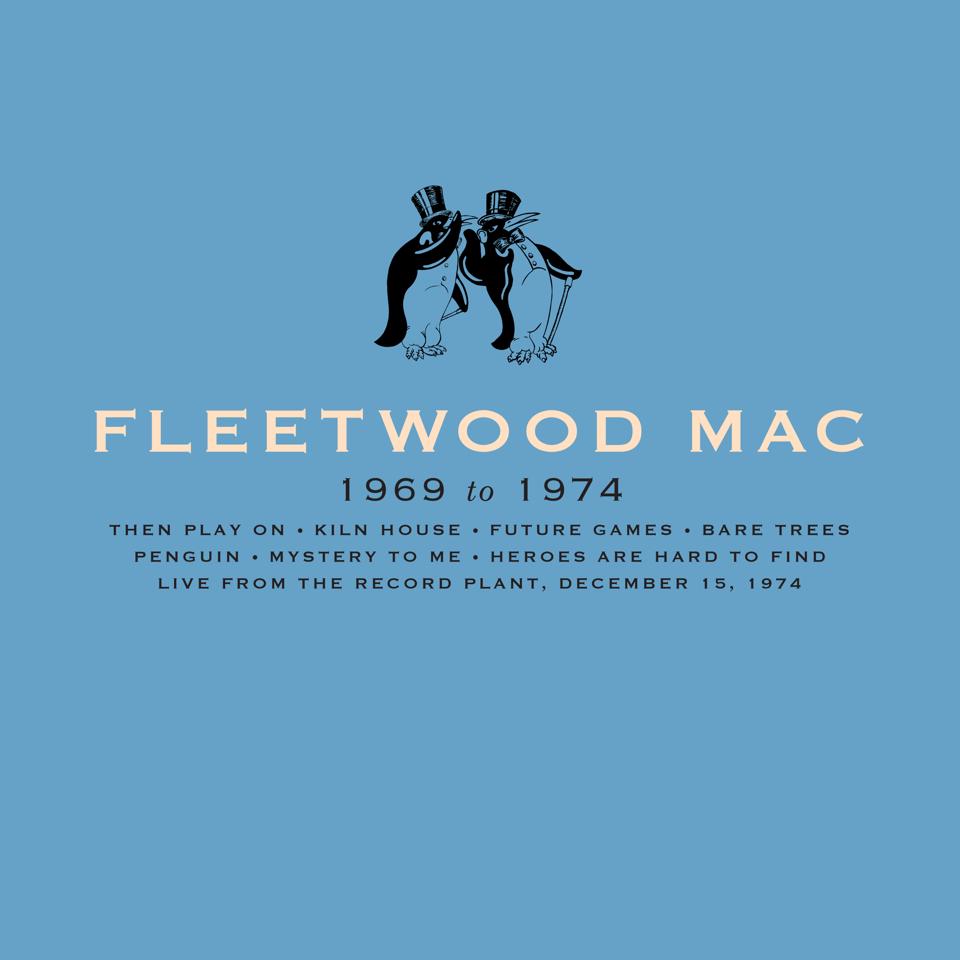 Then Play On (1969) is the band's third studio album following Fleetwood Mac (not to be confused with the 1975 LP of the same name) and Mr. Wonderful. Featuring the lineup of Green, Fleetwood, McVie and singers-guitarists Jeremy Spencer and Danny Kirwan, Then Play On is a distillation of blues and psychedelic rock , highlighted by the urgent “Coming Your Way”; the moody and reflective “Closing My Eyes” and “Without You”; and the ramshackle rockers “Fighting for Madge” and “Searching for Madge.” Then Play On's best-known number is the lean blues rocker “Rattlesnake Shake”; later reissues of the album contain the popular singles “Oh Well (Parts I and II)” and “The Green Manalishi (With the Two-Pronged Crown),” which was later covered by Judas Priest. Then Play On became Green's final appearance on record with the group as he left in 1970 (he died this past July at the age of 73). Of the seven albums in the box, this is perhaps the best of the bunch.

Following Green's departure, the singing, guitar playing and songwriting duties fell on Spencer and Kirwan for 1970's Kiln House. On this album, one could hear the band starting to shift a bit from the British-based blues of their preceding albums to mainstream rock: from the rootsy “Station Man” and “One Together”; through the passionate rock of “Jewel Eyed Judy” and the soulful “Tell Me All the Things You Do”; to “Buddy's Song,” a tribute to Buddy Holly that mimics the style of the pioneering rocker’s music. Kiln House was crucial in Fleetwood Mac's history in that it marked the last record to feature Spencer, who left to join a religious group—and the first to feature credited guest contributions by singer/keyboardist Christine McVie.

Next, the band recruited American singer-songwriter-guitarist Bob Welch to fill Spencer's slot on Future Games (1971), whose sound is a mixture of blues, country and soft rock—somewhat of a harbinger of the band’s commercially successful sound by the late 1970s. By this time Christine McVie became a full-time member, and her contributions such as the bouncy “Morning Rain” and the majestic “Show Me a Smile” established the pop-oriented side of the group. Other songs that reflect this direction away from the pure blues of the Green era include the rootsy “Sometimes,” the ornate-sounding “Sands of Time,” and the mystical “Woman of 1000 Years.”

Bare Trees (1972) further ventures into accessible rock territory with the songwriting formally split three ways among Kirwan, Welch and Christine McVie. Among the album’s standouts are the Kirwan-penned title song, which could've been something out of Eric Clapton's early 1970s album, and his psychedelic rocker “Danny's Chant” drenched with some wah-wah guitar playing; and Welch’s funky boogie rock “The Ghost.” The two popular numbers from that record are an early version of Welch's ballad “Sentimental Lady” (which he later had a huge hit with in 1977 after leaving Fleetwood Mac), and Christine McVie's yearning and tender “Spare Me a Little of Your Love.” Bare Trees was the last Fleetwood Mac album to feature Kirwan, as he was later fired from the group.

For Penguin (1973), Fleetwood Mac was augmented by guitarist Bob Weston and (very briefly) singer Dave Walker, who lent some gritty lead vocals on a cover of the Junior Walker song “(I'm a) Road Runner” and the country-folk number “The Derelict.” Otherwise, Christine McVie and Bob Welch dominate the singing and songwriter on the album—from Welch’s sensuous and dreamy “Bright Fire” and “Night Watch,” to McVie’s romantic “Remember Me” and the Caribbean-influenced “Did You Ever Love Me.”

Along with Bare Trees, 1973's Mystery to Me may be the most strongest and satisfying of the post-Peter Green records, as it features two of Welch's most outstanding songs: the gauzy and reflective “Emerald Eyes” and the mesmerizing jazzy-pop tune “Hypnotized.” Elements of soul and funk also dominate Mystery to Me's sound, especially Christine McVie's elegant “Keep on Going,” which recalls prime '70s Bobby Womack and Curtis Mayfield, and Welch's rocker “The City.” The record concludes with McVie's lush ballad “Why.”

By the time of Heroes Are to Find's release in 1974, guitarist Weston had left the band, paring down the lineup to Welch, the McVies and Fleetwood; at this point Fleetwood Mac had relocated to Los Angeles following the controversy surrounding a fake band who were touring as ‘Fleetwood Mac.’ The West Coast influences certainly can be heard on this album through the horn-powered title song; the slinky and funky “Angel” and “Bermuda Triangle”; and the cowboy rocker “Silver Heels.” A number of Christine McVie' romantic love songs grace the record, such the winsome country rock of “Come a Little Bit Closer” and the delicate and orchestral ballad “Prove Your Love.” Fittingly, the album's closing number “Safe Harbour” recalls the Fleetwood Mac's hit song “Albatross” from the Peter Green era.

Additionally, the boxed set contains a previously unreleased live concert recording by the Welch-McVies-Fleetwood lineup from the Record Plant in Sausalito, California on December 15, 1974. It's an electrifying and loose set that draws from the band's back catalog up to this point—including a medley of Peter Green's “Black Magic Woman” (later a big hit for Santana) and “Oh Well” and an epic performance of “Rattlesnake Shake,” along with the popular “Sentimental Lady,” “Hypnotized” and “Spare Me a Little of Your Love.” Some fantastic playing by Welch reveals what an underrated guitarist he was (he died in 2012). His departure from the band following this performance set the stage for the arrival of Lindsey Buckingham and Stevie Nicks—and the rest, as they say, is history.

Fleetwood Mac 1969-1974 will most likely appeal to the longtime die-hard fans of the group, especially those who want the never-before-released Record Plant concert for their collection. Overall, the box makes a strong case for these somewhat forgotten records that have long been eclipsed by the group’s phenomenal success after 1975. They may have not been big sellers during their time, but these early Mac records provided an important sonic blueprint of what was to come.

(Also of note, on its 50th anniversary, Then Play On is being reissued as a separate ‘celebration edition' release via BMG on September 18, featuring the original U.K. vinyl track listing along with four bonus tracks, including “Oh Well” (Parts I and II)” and “The Green Manalishi (With the Two-Pronged Crown).” Available as a 2-LP or CD set, the new collection contains new liner notes by journalist Anthony Bozza and a foreword by Mick Fleetwood). 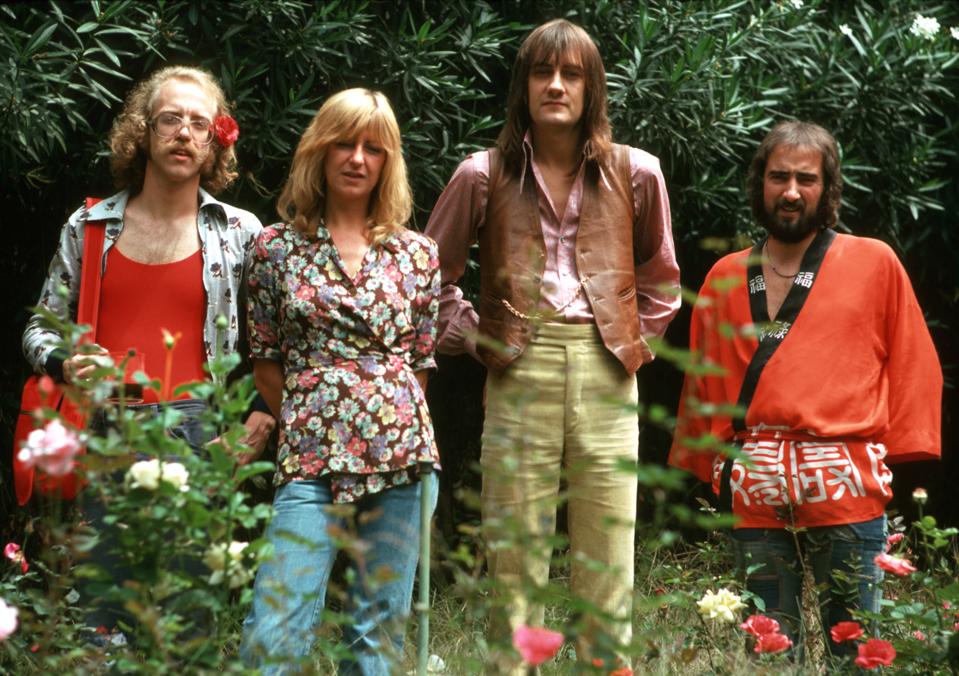 This article was written by David Chiu from Forbes and was legally licensed through the Industry Dive publisher network. Please direct all licensing questions to legal@industrydive.com.