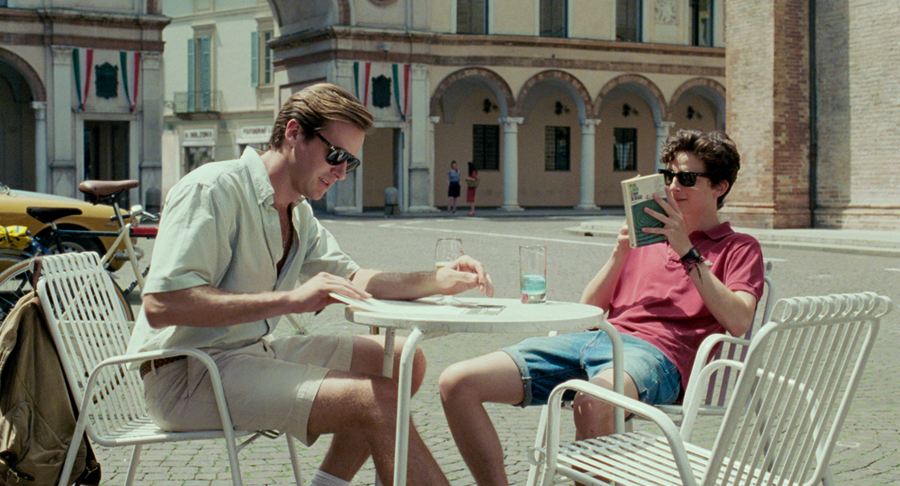 Call Me by Your Name: Revisited

Call Me by Your Name, a three-time Oscar-nominated art house film is a breath of fresh air in a sea of Hollywood coming-of-age stories. The movie acts like a mirror for its audience, forcing them to reflect on their own lives and wonder what opportunities they’ve robbed themselves of for fear of being vulnerable. In this digital world, which can often be guarded and fabricated, Call Me by Your Name reminds us of the beauty of real human connection and living in the moment.

Based on Andre Aciman’s novel of the same name, Call Me by Your Name has been captivating audiences for over a decade. The film, set in northern Italy in 1983, follows the budding romance between 17-year-old Elio Perlman (Timothée Chalamet) and 24-year-old Oliver (Armie Hammer) over the course of a summer that will change their lives forever.

The movie is the final piece in director Luca Guadagnino’s “Desire” Trilogy – following I Am Love (2009) and A Bigger Splash (2015). And, in typical Guadagnino fashion, there is an authenticity to the film that almost makes you forget you’re watching a movie at all. Shot on one lens and filmed in sequence, the audience is essentially a fly on the wall, watching as this relationship unfolds. Guadagnino also filmed most scenes in one take, giving the movie a play-like quality that keeps audiences on the edge of their seat scene after scene.

Guadagnino has often shared his disdain for ‘acting,’ stating that it is “the gravest sin actors can commit.” Instead, he urges his actors to ‘be,’ which he facilitated in Call Me by Your Name by modeling the pre-production process after the story’s own development. He sent Chalamet to Italy a month in advance to learn Italian, piano and guitar, and he didn’t introduce him to Hammer until the first week of shooting. In fact, they never had a chemistry test at all – a move that many found surprising. Guadagnino, however, didn’t feel it was necessary, arguing that if he loved his actors, then they would surely love each other. In doing this, Guadagnino blurs the lines between art and life so seamlessly, it’s unclear which is imitating the other.

The music in Call Me by Your Name also helps to bring the story to life. With classics from Debussy, Bach, Liszt, and Busoni weaving between each scene, there is a lulling calm throughout the film. The pinnacle piece being ‘Une Barque sur l’Océan’ performed by Andre LaPlante (and by Chalamet in the film). The film’s soundtrack also includes two original songs by indie artist Sufjan Stevens. Originally, Guadagnino asked him to narrate the film, but instead, Stevens sent back Mystery of Love, Visions of Gideon, and a piano version of his song Futile Devices to fill that role. Despite having limited information about Guadagnino’s vision, Stevens’ songs managed to capture the film’s tone perfectly and it truly wouldn’t have been the same without them.

Though Chalamet’s notorious ‘peach scene’ got the most airtime in interviews this year, there are several other noteworthy scenes in this movie, including the incredible speech by Elio’s father, Professor Perlman (Michael Stuhlbarg). The dialogue from that scene was pulled straight from the book and leaves audiences in tears every time. Frank Ocean even shared his appreciation for the scene, posting on Tumblr: “Michael Stuhlbarg is my new dad now and that’s that.” In the scene, Perlman talks to Elio, who is visibly upset after Oliver has returned home, in the kind of way we all wish our parents would talk to us. Perlman admits how envious he is of his son’s courage to be his true self, but also warned him of the pain and heartbreak that would inevitably ensue. Rather than shy away from it, though, he urges Elio to embrace the pain and to let it serve as a reminder of the uncertainty of time with the people we love.

Maybe what is so impactful about Call Me by Your Name is that its protagonist's conflict isn't overtly political. No one is getting beat up or shunned from the church. Neither character is being disowned by their parents or dying of AIDS. Through and through it is a story about love – unapologetic and unabashed love. Perhaps the only protagonist in this movie is time itself, or rather, time wasted. Time we spend wrapped up in our own thoughts or trying to act like we don’t care. The times we don’t speak up about the “things that matter” because we’re scared of how others might react. And the times we look back on and wish we’d appreciated more while we were there.

If you haven’t seen this film yet I strongly recommend it. And, if you fall in love with the story like so many others have already, read the book. Luckily for them, Aciman’s novel is split into four parts – only two of which were developed for the movie. And, Guadagnino is currently working on developing a screenplay for the latter half of the novel. But don’t expect a sequel too soon… the last half of the book takes place years in the future and Guadagnino is adamant on using the same cast. So, until then, we’ll keep reliving the beauty of this summer, somewhere in northern Italy in the 1980s.