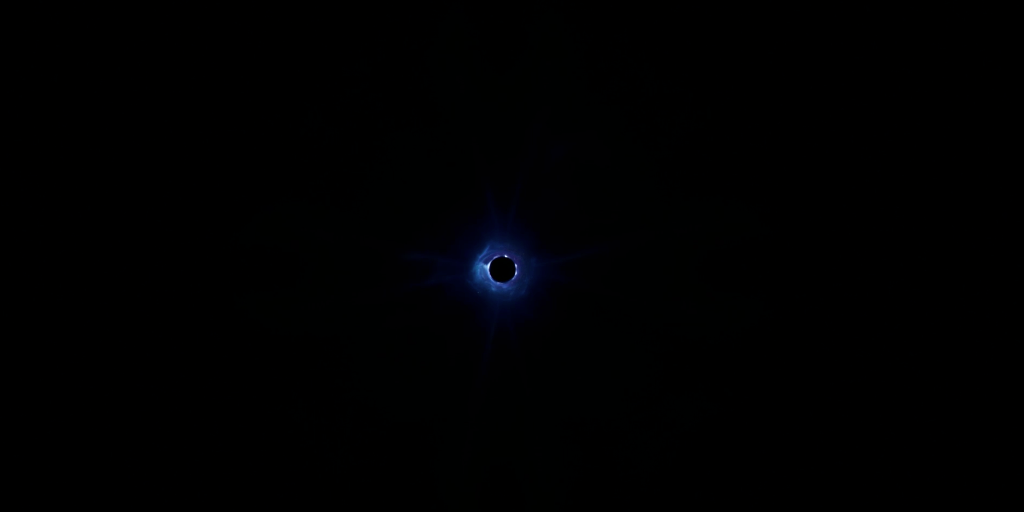 On Sunday evening, more than 6 million people gathered online via streaming services such as Twitch and YouTube to watch the end of the world. Not our world, thankfully, but the world of Fortnite, which was sucked into a black hole, taking the whole game and all player characters with it. If you try to load Fortnite today, you’ll be presented with a blank screen. When developer Epic Games called the finale of Fortnite Season 10 “The End”, it wasn’t kidding.

OK, before confused parents start celebrating, let’s be clear: Fortnite will be back, it’s just that Epic has closed out the first chapter of the game, which has amassed 250 million players since the launch of its Battle Royale mode in September 2017. And amid all the hype, hysteria and controversy that has surrounded the gigantically successful title over the past two years, one aspect has been overlooked outside its fanbase: this has been one of the most innovative story experiments of the decade.

Related: Is Fortnite down? Is it just hype? And is it all Elon Musk's fault?

There is no conventional “narrative” to Fortnite Battle Royale – Epic doesn’t provide an origin story for its endless 100-player wars, it doesn’t give us long cinematic scenes with characters explaining the world, the factions and the plot. Instead, Fortnite is split into a series of three-month-long seasons, each with a climactic event that suggests some kind of interdimensional struggle taking place over the future of the game’s isolated island locale.

The plot began in Season Three when players noticed space rocks hitting the surface of the island as they played. Season Four opened with a huge meteor crash, which destroyed the Dusty Depot area of the map, and then at the close of the season, a rocket flew out of the impact site in a live, in-game event visible to all players online at the time – an incredible technical achievement, and a fascinating new way to tell stories within a non-persistent multiplayer universe.

From here, each season brought some new anomaly to the world, including giant alien cubes and vast volcanoes, all seemingly part of a fissure in space-time. But players were never told exactly what was going on – everything played out through dramatic season events, and clever little environmental storytelling features, such as in-game television screens suddenly showing countdowns, and new scenic features such as impenetrable bunkers appearing in the woods, with no explanation.

Watch a gamer react to the extraordinary finale

Through this system of events and signs, a kind of narrative economy emerged between players. Fans took to Reddit forums in their millions to discuss findings and theorise over what the latest signals could mean. These theories were focused and amplified by the game’s biggest YouTube players – especially Fortnite superstar Ninja – who made videos, picking through clues they and other players had found in the landscape.

Environmental storytelling has always been a key element of video game design. When you have a world that players are free to explore, it makes sense to fill that world with story-enhancing elements, rewarding players for having a good look round. Hidden audiotapes, emails and scrolls are a familiar element of action adventure titles such as Assassin’s Creed, Mass Effect and Grand Theft Auto. But these are grand, single-player experiences, where narrative discovery is a key element.

What is Fortnite: Battle Royale

In short, it's a mass online brawl where 100 players leap out of a flying bus on to a small island and then fight until only one is left. Hidden around are weapons and traps, and players must arm themselves while exploring.

When was it released?

Fortnite started in July 2017 as a four-player cooperative survival game, but the game's developer, Epic, noticed the huge success of PC title PlayerUnknown's Battlegrounds (PUBG), which pits 100 players against each other, and decided to release a new version.

How much does it cost?

The game is free and players are able to unlock new items as they progress without paying anything. A Premium Battle Pass gives access to exclusive clothing and items.

Why is it so popular with kids?

It's free, it's fun, and it has a very silly, offbeat sense of humour. While PUBG has a serious, realistic visual style, Fortnite: Battle Royale has very bright, almost cartoon-like graphics, as well as loads of ridiculous items and costumes, such as space suits and dinosaur outfits. Players can pull a variety of dance moves, and team up with a friend to compete as a duo or a squad. Participants can chat as they play using headsets and microphones.

Is there violence? And is it addictive?

Although Fortnite is a multiplayer shooter, it does not depict bloody violence. It takes lots of enjoyable gameplay concepts from more mature shooting games but places them in a non-threatening, non-realistic world. In terms of addictiveness, Fortnite contains nothing that makes it different from other action video games. It's more that the game contains many different elements – nice visuals, good shooting mechanics, an interesting building component and lots of support and interest from YouTubers – into one package that is free to download.

Fortnite Battle Royale, on the other hand, is a multiplayer online game where players interact with the world in discrete 20-minute sessions. Ostensibly, there’s no need for a narrative – Epic could, in theory, retain player interest simply by making sure there is a steady supply of new dance moves, costumes and scenic features to enjoy. Instead, the studio has built a vast functional universe in which an alien known as The Visitor is attempting to mend the space-time fissure around the island, and communicated this through systems of signs, signals and miracles – sort of like the Medieval Christian church. Indeed, it’s interesting how Fortnite has co-opted a lot of religious symbolism into the game’s suggestive narrative, from comets trailing across the sky, to the decidedly apocalyptic imagery of fire, brimstone and global destruction.

For Season 10, Epic was always building toward something vast and catastrophic and upped the narrative signalling accordingly. Throughout the last months players have been able to find audiotapes hidden around the map in which The Visitor has made recordings about his attempts to fix a loop in time and prevent a singularity. It sounds like the ravings of a conspiracy theorist, echoing back the most extreme theories from the fanbase itself.

And then in the game’s final moments on Sunday evening, a giant explosion took place, sucking the world into a black vortex, leaving players stunned and confused. Brilliantly, Epic took the explosion out of the “fiction” of the game, so that the menu pages and user interface were also pulled into the black hole. To complete the meta-narrative, players who looked up the game’s server status found the narrative had even extended here:

Mad props to everyone on the @FortniteGame team for the brilliant execution of this season’s end. I really appreciate the little details like the server status (see picture below). This STW player is excited to see what’s next! 😊 #Fortnite #FortniteChapter2 pic.twitter.com/jGHnJLlMfb

Fortnite has been criticised as a shallow, cynical machine of compulsion, its trendy dances and outlandish outfits a means of ensnaring younger players. But as a purveyor of new forms of storytelling, in which the community is left to construct its own narrative based around subtle semiotic systems and climactic events, it is a fascinating innovator.

In many ways, video-game storytelling is still young. The artform is barely 40 years old as a mass medium – compare that to the movie business (taking the Lumière brothers’ Cinématographe as our start point), which was only just getting into era of colour after four decades. We have seen the rise of massively multiplayer adventures such as World of Warcraft, where global arching narratives are woven into the largely player-directed quests, and we have seen plenty of interesting live story experiments, such as the mostly single-player adventure Dark Souls allowing players to leave messages to each other within the game.

But Fortnite is playing with storytelling concepts, tropes and systems while also providing a piece of blockbuster entertainment for millions of mostly teenage players. It’s like a new Marvel superhero movie being performed entirely in interpretive dance.

When Chapter 2 inevitably begins, bringing a new landscape with new gameplay features, it will be interesting to see where Epic goes next on its somewhat transgressive storytelling odyssey. It is, after all, quite hard to top the end of the world as a narrative device.

This article was written by Keith Stuart from The Guardian and was legally licensed through the NewsCred publisher network. Please direct all licensing questions to legal@newscred.com.