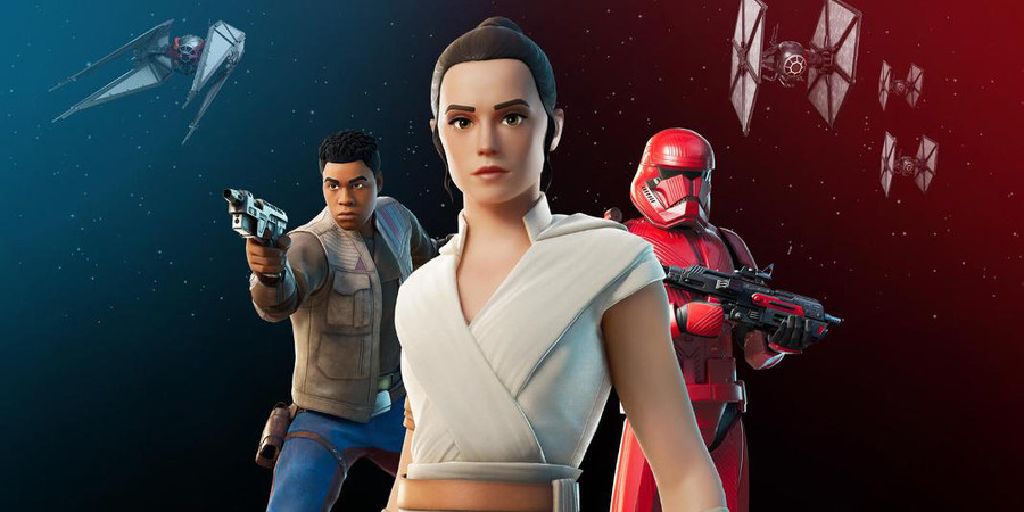 A while ago, I said that Fortnite was turning into “Sponsorship Super Smash Bros.” with all its licensing deals adding in different famous characters into the game, from superheroes to guest stars from other games like Borderlands.

I was thinking too small.

Last month, Fortnite had an event where it debuted a new Star Wars clip in-game. The clip itself was not significant, and was kind of terrible. The big deal was the rest of it. The clip was introduced by a soaring TIE vs. Falcon fight players were invited to attend. The clip was presented by JJ Abrams himself, complete with a custom avatar. And at the end, there was a message from Emperor Palpatine that was itself of such significance to the movie, it was actually in the opening crawl. And you could hear it only in Fortnite.

Fortnite is building something here. Something much, much bigger than a battle-royale game.

Call it the Metaverse if you’re a Snow Crash fan. Call it the Oasis if you’re more into Ready Player One. But I fully believe that this is what Fortnite is building, a shared virtual world where players and brands and IPs all collide and coexist in a myriad ways. For playing games, yes, but also for … everything.

The key distinction here is that this is not a virtual reality world. Not yet. The Metaverse and the Oasis both utilize ultra-immersive VR, and though VR does exist now, it is not ready for mass, mainstream adoption. So Fortnite’s Metaverse will just be a traditional experience on a screen, with perhaps VR to come further down the line after another decade or so in the oven.

What I’m describing here is something akin to Second Life, the original virtual life sim, but built on Epic’s engine and using hundreds of millions of Fortnite players as a jumping-off point. Not to mention the billions they’ve raked in from Fortnite’s massive success. You think they’re just spending all that on servers and skin development?

Observe any kid playing Fortnite and he’ll reveal that the game already exists as a sort of interactive social network, a bit like Minecraft before it. Yes, you play, but you are there to spend time with your friends.

Now, the corporate invasion of Fortnite is starting to remind me distinctly of Ready Player One, in which players can choose virtual avatars to walk around in that are either original creations or existing properties.

In the last two years alone, Fortnite has already formed relationships with massive corporations for skins that are now permanent fixtures in the game. To recap, in addition to all Fortnite’s original skins, we have:

You get my point here. If Fortnite can land names this big to become permanent parts of its universe, pretty much nothing should be off limits. And it probably won’t be.

Build yourself a mansion, buy new clothes for further customization of existing avatars (or buy more licensed ones). Buy yourself a race car or spaceship, take it anywhere. Hang out with friends, explore secrets of the world.

And yes, play games, of course. I could also see Epic combining this idea with its own Epic Games store. In Ready Player One, players travel to different planets to play different games. Maybe the Epic Store becomes an entirely virtual space where instead of just clicking a button, while you’re hanging out on Planet Fortnite, you board a rocket to take you to Pandora to start playing Borderlands. You get the idea.

We are at the base, base level of something like this. Epic has not announced anything like this, and yet the bones are there. The skeleton is taking shape even if it remains invisible to people who aren’t looking for it. I believe that Epic wants to own and run the biggest virtual space in gaming, and perhaps the entire internet, and is not going to wait around for hyper-immersive VR to do it. Epic is building its own Metaverse, and I believe we will see it come to life in the next few years, at the latest. Watch the skies.

How Dead Rising 4 celebrates Christmas in the most surprising way

When it comes to video games that celebrate Christmas, the ...