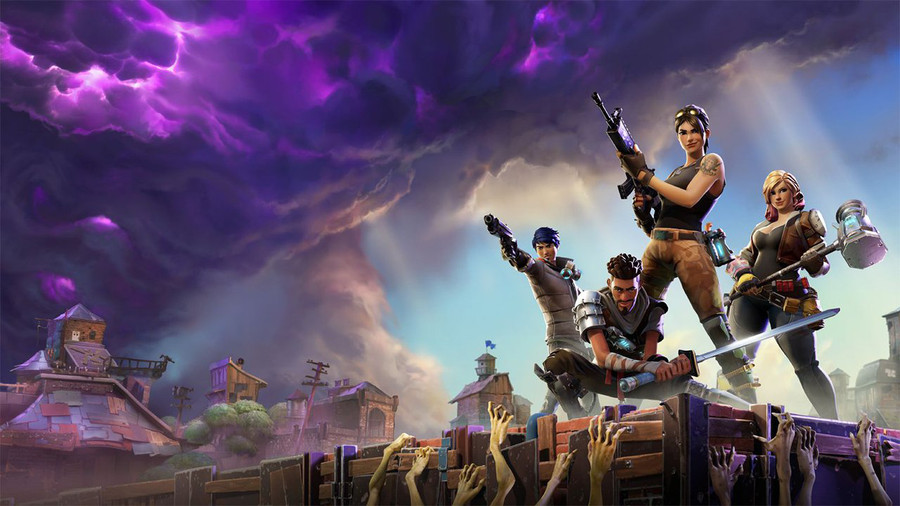 With the news that Steven Spielberg's Halo television series was finally getting the green light at Showtime, along with other games like The Witcher were getting serialized adaptations of their own, the time feels right to look to the collections on our shelves for the next great video game TV show.

However, we didn't limit ourselves to just one great idea (why would we limit our creative juices?). Instead, we took it upon ourselves to find the right program for 10 different networks, each of which brings something a little different for audiences of all ages and fandoms.

From sci-fi to teen drama, and epics to mini-series, these are the 10 games that deserve television adaptations next.

One of the most revered Japanese role-playing games of all time, Earthbound is technically the sequel to Japan-only game Mother. However, since neither Mother nor Mother 3 ever made it outside of Japan (legally), our planned series would focus on just the characters and plot from Earthbound. Produced by the Duffer Brothers (Stranger Things), the show would follow the story of a band of kids fighting against the supernatural alien force Gygas, who has enveloped the world in hate. Freeform's a great home for this youth-focused show, as the network is constantly adding new content that straddles that line between adolescence and adulthood. Plus, there'll be plenty of action to keep a wide range of viewers hooked season after season.

Life is Strange (The CW)

A touching and heartbreaking drama, Life is Strange follows Max Caufield, a teen girl returning to the Pacific Northwest town where she grew up to finish high school. It just so happens she also discovers she has the ability to control time just as she arrives. Produced by Jason Katims (Friday Night Lights, Roswell), the show would deal with major issues affecting today's teens like bullying, suicide, and finding themselves, while exploring the effects Max's powers have on those closest to her. The first "season" of the game followed the mystery of a missing girl, which could provide a great backdrop to carry a season or two, allowing weekly episodes to hone in on characterization and personal drama.

A celebrated space-faring action-RPG from BioWare, Mass Effect has a universe filled with characters, planets, and stories that would do well as a TV series, particularly on SyFy. Instead of focusing on the game's star Commander Shepard and the crew of the Normandy, the show would focus on other aspects of the universe that we heard about, but never really saw. The team behind The Expanse (Mark Fergus, Hawk Ostby, and Naren Shankar) would be a great fit given their expertise in crafting a compelling adaptation of James SA Corey's Expanse novels. There are so many wonderful and diverse corners of the Mass Effect universe, the writers could have their picks of what, who, and where to focus their attentions.

The Last of Us (Starz)

With Starz adding more prestige format shows to its programming, it could use something like The Last of Us, a post-apocalyptic tale of survival after much of humanity was wiped out by the cordyceps virus. The Naughty Dog game shows the best and worst of humanity as it struggles to stay relevant in a world growing more dangerous by the day. Rather than just focusing on two main protagonists like the games, the show could center on an entire group fighting for their place in the world. Ingrid Escajeda (Justified, Empire) has the expertise to get a talented writers' room to handle all the dark, deep characterization needed. Add in the slightly more elaborate production budget premium cable affords, and you have a show that could be the next The Walking Dead with ease.

What Remains of Edith Finch? (HBO)

This adaptation would follow the critically acclaimed narrative of What Remains of Edith Finch? rather closely. Centered on the Finch homestead, an awkwardly designed mansion with new rooms added without regard for architectural safety as new members of the family were born, this would be a limited-run series on HBO produced and written by Phoebe Waller-Bridge (Killing Eve), and starring Hailee Steinfeld as young Edith. Each episode would feature Edith recounting the history of the unbelievable house, and hone in on a specific, eccentric member of the family tree. That makes it ripe for guest appearances from big name stars to drive up viewership. Staying as true to the heart-breaking, heart-warming, quirky, and earnest narrative as possible would also make it an instant contender for accolades come award season.

Yes, there were a few Silent Hill movies, but they didn't have the time to delve into the real spooky supernatural elements of the fan-favorite Konami series. Given that the franchise's most recent game, Silent Hills, was canceled, fans are extra-hungry for more stories in this world. There's a lot of lore to explore from the existing games, with Silent Hill 1 and 2 alone having enough material to get at least a few seasons deep. Produced by John Logan (Penny Dreadful), the show would stick to its psychological horror roots, and be a great series to alternate seasons on AMC with The Walking Dead and The Terror. Plus, its (mostly) real-world setting should keep the budget down enough to afford some spectacular effects.

LucasArt's classic adventure noir is one of the most stylish games ever crafted. Set in the afterlife as viewed through the lens of Mexican/South American tradition, Grim Fandango would be the perfect adult animated series with noir sensibilities ever made. In addition to its serious tone, there's also lots of comedy to break up the drama, which makes Rob Thomas (Veronica Mars, iZombie) perfect to run the show. Ideally, there would be a season-long mystery holding viewers for the long haul, with individual episodes hosting smaller cases that related back to the big case at the center. The animated style would also open options for the voice cast, which could draw some big names like FXX's other animated hit, Archer.

The hottest game in the world, Fortnite is mostly known for its battle royale mode, but there's also a story side to the multiplayer game too. Our proposed show would focus on this aspect, known as "Save the World," and have a cast of diverse characters forced to come together under extreme circumstances to save their town from the strange new invaders, known as husks. Helmed by Lexi Alexander (Punisher: War Zone), who has a knack for action and TV experience, the show would be a tour de force of epic, over-the-top fights with the drama of survival as the foundation. Plus, Fox could parlay it into its first primetime eSports event with a Fortnite championship tournament during the typical winter break.

Rather than being developed by outside talent, Bilzzard would oversee the show itself, just like it does the smaller narrative videos it makes for each individual Overwatch character. Using that same wonderful computer animation, Overwatch would be a great fit for Adult Swim, giving Cartoon Network's late night programming block a bit more gravitas. The show would expand on the early years of the in-game universe, explaining how all the characters came together, and how they drifted apart by the time the game's official timeline started. Fans are always hungering for more lore from Blizzard, and there's no better way to give fans all that they've wanted than with a weekly series. Plus, Adult Swim is flexible with its show length, meaning Blizzard wouldn't have to commit to traditional 22-minute episodes.

It's probably been a while since you've thought about Harmonix's virtual band in a box, Rock Band. Well, the rhythm game is still kicking, and still turning parties into jam sessions today. Our take on Rock Band would re-imagine the game as a reality show akin to American Idol and The Voice. However, rather than bands battling it out against one another every week, each individual aspect of the band - drummer, guitar, bass, lead singer - would be fought over by various contestants. Ultimately, the top winners for each position would form a few bands that would then battle it out in the final few weeks for the title of Rock Band, and a recording/performing deal of some kind.