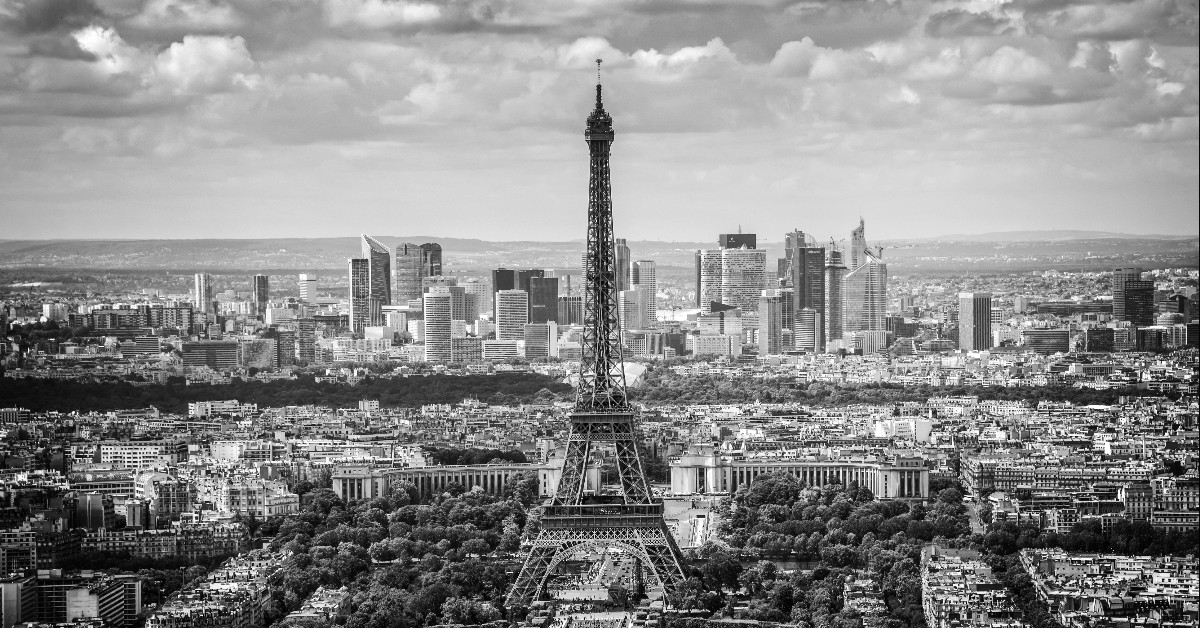 You may have heard of a French duo known as the Lumière brothers, credited for the birth of cinematography at the turn of the 20th century. With their 50-second silent film “Train Pulling into a Station,” they introduced audiences around the world to the magic of the motion picture, paving the way for generations of filmmakers to come.

One such generation was known as the French New Wave, flourishing in the years after the end of the Second World War. Experimentation fueled this art film movement, with new approaches to aesthetics and editing as well as storytelling itself. Let’s take a look.

Jean-Luc Godard pioneered the French New Wave and is now widely known as one of history’s most influential filmmakers. Over the course of a career that’s lasted several decades, the still-living director revolutionized the art form with his unique vision.

With his first feature film, Godard immediately made a name for himself. With its innovative techniques, like intentional jump cuts and character asides, “Breathless” established the New Wave as an exciting new cinematic force that made a clear break from tradition. Hailed as one of the best films ever made and the start of modern cinema, it tells the story of a nihilistic nogoodnik and his narcissist girlfriend as they come together and move apart, detached from the world and society at large.

Upon its release, Roger Ebert hailed “Weekend” as Godard’s “best film, and his most inventive… [in which] everything makes sense, but nothing holds together.” A tale steeped in violence, social evils, and consumerism, we follow a bourgeois couple as they embark on a weekend trip that includes catastrophe, murder, cannibalism, and other horrors — as well as a few historical figures. Billed as a black comedy, this politically charged traipse through the French countryside is often compared to some kind of dystopian Alice in Wonderland.

Another filmmaker credited as one of the founders of the French New Wave, François Truffaut — who wrote the screenplay for “Breathless” — directed more than 20 movies over the course of his storied career. At the age of eight, he saw his first film (1939’s “Paradise Lost”), beginning a lifelong love for the medium.

“The 400 Blows” marked Truffaut’s directorial debut and his most defining work. The first of five films based on the same autobiographical character — Antoine Doinel, played by 15-year-old Jean-Pierre Léaud — follows the troubled adolescent through his trials and tribulations at school, with his parents, the law, and beyond. Nominated for an Academy Award for Best Original Screenplay, the film routinely lands on greatest-movie-ever-made lists, in France and the world at large.

One of the last films made before Truffaut’s death, “The Last Metro” tells the story of a Parisian theatre where the show must go on — even amidst the German occupation of France. Catherine Deneuve stars as the theatre owner and leading lady whose Jewish husband is kept in hiding, with Gérard Depardieu as a new acting hire as well as Resistance group leader. A meditation on the evils of intolerance, this moving story was both a commercial and critical success at home and abroad, earning numerous prestigious international awards and nominations.

Although Luis Buñuel was born in Spain, he’s the man behind one of the most famous French films of all time. The avant-garde surrealist, most known for his silent short film collaboration with Salvador Dalí (“Un Chien Andalou”), had an iconic filmmaking career that spanned 50 years and continues to stand the test of time.

With “Belle du Jour,” Buñuel created his most popular box office hit. Based on a novel of the same name, the narrative centers on a bored, rich, young housewife (Catherine Deneuve) who starts to fill her afternoons as a high-class prostitute.

An exploration of fetish, fantasy, and human sexuality — as well as the depths of identity — that’s not to be missed. For curious minds, Godard’s Vivre Sa Vie (1962) and 2 or 3 Things I Know About Her (1967) provide meditations on a similar theme: unfulfilled bourgeois women reclaiming their lives and their sexuality despite social norms and possible scandal.

No article about French cinema would be complete without mention of the 34-minute long masterpiece that is “The Red Balloon.” This simple but unforgettable story centers on the simplicity and wonders of childhood as we watch a love story unfold between a boy and his balloon.

Created by Albert Lamorisse, whose efforts earned him an Oscar for Best Original Screenplay, the film featured his own son and daughter as one as well one special effect — a balloon that seems to have a mind of its own — that has left viewers spellbound for generations.

Directed by Agnès Varda, among the only female filmmakers credited with the development of the New Wave movement, “Cléo From 5 to 7” is her most famous contribution. Known for her experimental style and focus on women’s issues, Varda’s film takes on the two, as well as themes on mortality, despair, and the meaning of life. As Cléo waits to hear the results of an important medical exam, we watch as she struggles with society’s oppression of women as well as her own existence. According to a BBC poll, film experts agree on its continued merit; in 2019, the movie was voted the second greatest film of all time directed by a woman.