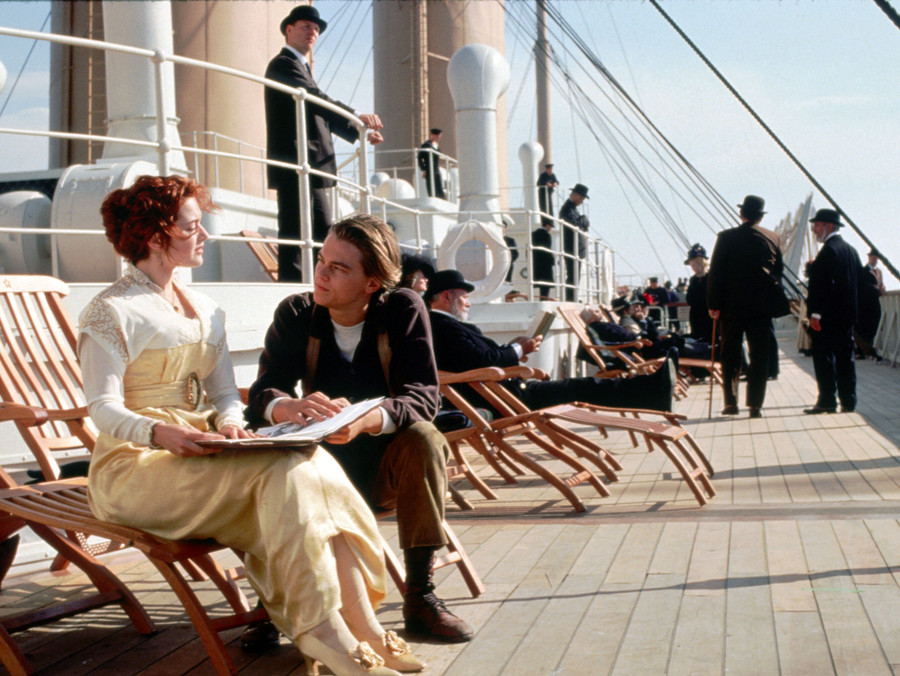 If there’s one film franchise that understands the power of expertly wielded pop music, it’s Deadpool.

The Ryan Reynolds starring action vehicle blends ultra-violence, humor, and an acute pop-culture awareness. Just take a look at the official soundtrack for Deadpool 2. It includes classics like Cher’s “If I Could Turn Back Time,” Dolly Parton’s “9 to 5,” Peter Gabriel’s “In Your Eyes,” Air Supply’s “I’m All Out Of Love” and Pat Benatar’s “We Belong,” just to name a few. It’s not exactly the sort of stuff you’d expect to score a film full of bullet holes and severed body parts.

The most brilliantly bizarre musical choice has got to be the lead single from the Deadpool 2 soundtrack, “Ashes” by Celine Dion. Part satire and part earnest tribute to power ballads past, it’s the kind of single that would only be at home on a Deadpool album.

The video takes it to the next level. It’s Celine belting in all her diva glory as Deadpool (dancer Yanis Marshall) performs an evocative interpretive dance in high heels. “Ashes” has built such a cult following, Celine added it to her live performance repertoire. It’s the latest in a long history of music video movie tie-ins to make a splash.

“Ashes” is certainly not Celine’s first foray into music videos for motion pictures. Her theme from Titanic is one of the most memorable of all time. It’s also the best use of pan flute in a pop song, full stop.

Though singles like “I Will Always Love You” and “I’m Every Woman” may be more enduring hits, they’re both covers (and their cultural impact transcends any connection to The Bodyguard). However, “Queen of the Night” is ripped right from one of the film’s performance scenes, and Whitney was a straight-up pop-music KWEEN at her peak.

At the height of his film popularity, Will Smith dropped his first solo single without DJ Jazzy Jeff to tie into his sci-fi summer blockbuster. The single, which samples Patrice Rushen’s “Forget Me Nots,” gave Smith claim to both the film AND the song of the summer. (He’d repeat the feat with his 1999 track for Wild Wild West.)

The success of this platinum-selling ballad far outpaced the film for which it was written. Featuring three kings of dad-rock -- Bryan Adams, Rod Stewart, and Sting -- the track sat atop the Billboard Hot 100 for three weeks.

Coolio’s most successful single was the perfect soundtrack to Michelle Pfeiffer channeling all her smoldering intensity into this gritty addition to the “white savior” genre.

“Ninja Rap” from Teenage Mutant Ninja Turtles II: The Secret of the Ooze (1991)

The kid-friendly rap number taken from Vanilla Ice's performance in the film may have been ripped by critics, but there’s a whole generation of ‘80s babies out there still singing “Go ninja, go ninja, go!”

This Ray Parker Jr. earworm and accompanying star-studded music video are even more beloved than the film that inspired them. Ask anyone “Who ya gonna call?” and you’ll surely only get one answer.

The best music video movie tie-ins are performed by one of the film’s stars, like this catchy (though ultimately unsuccessful) LL Cool J track. Deep Blue Sea was no Jaws, but imagine how great it would be if Jaws had Richard Dreyfus rap the theme.

Leave it to the warped brilliance of Prince to create one of the most ambitious (and strange) singles ever associated with a movie. From the chaotic composition to the bizarre music video in which Prince plays a Batman-Joker hybrid named “Gemini,” nothing about “Batdance” should work. And yet? It’s a masterpiece.

Originally released on Seal’s second eponymous album, this ballad didn’t really take hold until it was re-released in conjunction with the third Batman film. The entire soundtrack is lowkey stacked with legends (U2, PJ Harvey, and Method Man, oh my!), but it’s this sweet Seal song that’s permanently embedded in our collective consciousness.