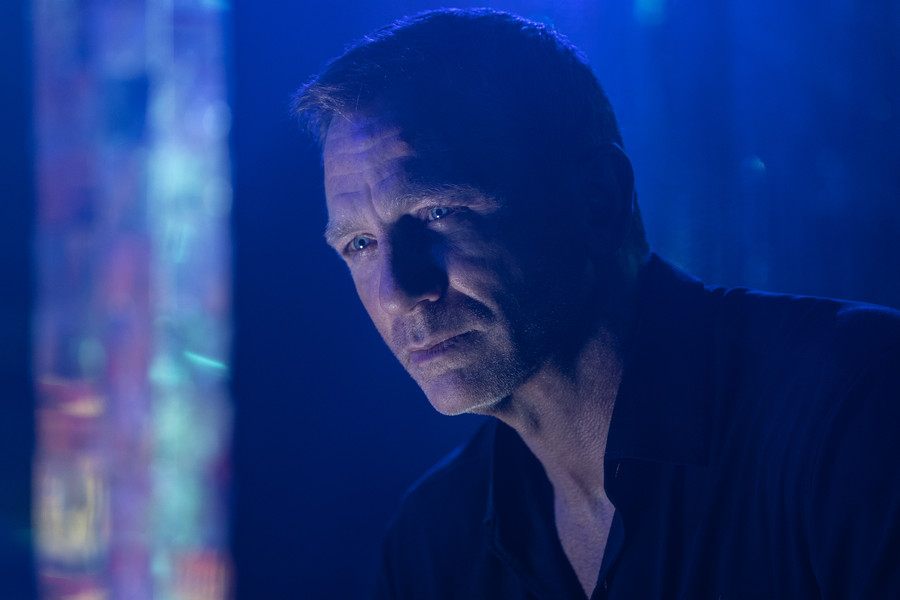 From James Bond to Marvel: Can Hollywood Survive a Year Without Blockbusters?

Few of us will be able to recall a time when the words “Coming soon to a cinema near you” were not part of our cultural vocabulary. What a difference a pandemic makes. Following the postponement of numerous big-budget titles by a year or more, the phrase “coming soon” now carries with it the ring of equivocation, the threat of deferred or broken promises. The mood is best summed up by the tagline for The Croods 2, one of the many films that may or may not open later this year amid the hurly-burly of shifting release dates: “The future ain’t what it used to be.”

For an understanding of how we got here, look at the fates of two films that did get released during the pandemic. Following a tense summer in which Christopher Nolan’s Tenet and Disney’s live-action Mulan remake competed against the coronavirus, both films were finally released using opposing strategies.

“Warner Bros did a brave thing bringing out Tenet [in cinemas] at that very fraught time,” says Naman Ramachandran, international correspondent at Variety magazine. “It sent a positive message to the exhibition sector as a whole.” Disney, on the other hand, launched Mulan on its streaming service Disney+, where it came with a premium price tag ($29.99) in addition to subscription fees. Cinemas screened it only in territories where Disney+ is not available. “My opinion is that Disney should have released Mulan in cinemas also,” says Ramachandran. “There was a demand for it and it would have kept the theatrical chains happy.” As it stands, no one is: not the exhibitors who lost out on an event movie, nor Disney, who won’t be thrilled if the mediocre streaming audience estimates are correct.

Mulan’s defection and Tenet’s under-performance in the U.S. (it still hasn’t opened in the lucrative New York and Los Angeles markets, where cinemas remain closed) have had a devastating effect on other big releases. The biggest development came at the weekend when the new James Bond film, No Time to Die, was delayed yet again, this time to April 2021, a full year on from its original release date. Its initial seven-month postponement to November had looked prudent at the start of the pandemic; this one, coming when cinemas are in jeopardy, feels cowardly. Indeed, Cineworld has announced that it will temporarily close all 128 of its U.K. and Ireland screens now that Bond’s withdrawal has made business “unviable.”

There are few bright spots ahead. Kenneth Branagh’s starry remake of Death on the Nile, originally due this month, has been nudged downriver to December, where its rivals may include Warner Bros blockbuster Wonder Woman 1984 (although some expect that film to move, too). Next year is shaping up to be the year of the “tardy tentpole,” with Steven Spielberg’s new version of West Side Story shunted back an entire year from this Christmas to next, while Dune, also due to come out in December, has been pushed back to October. Marvel’s Black Widow was also lined up for this month but will now appear in spring, along with the likes of A Quiet Place Part II, Fast & Furious 9, Ghostbusters: Afterlife and the Sopranos prequel The Many Saints of Newark. And pity Wes Anderson’s The French Dispatch, which has abandoned its mid-October date and fallen off the schedule altogether. The pause in film production this year during lockdown may just about offset all these new releases backing up.

Marvel, though, looks to be in an especially precarious position. Not only are its films too costly to be diverted to streaming, but they are also too intricately scheduled (with launch dates fixed years in advance), to be released out of their pre-planned chronological order. After all, the Marvel Cinematic Universe has staked its brand on overlapping characters and interconnected storylines intended to be watched in sequence. The delay to Black Widow, not to mention the effects of production shutdowns, will surely create a domino effect on future titles. The studio also faces a balancing act between stoking fans’ anticipation and allowing titles such as Black Widow to gather cobwebs on the shelf.

Shang-Chi and the Legend of the Ten Rings, and Eternals, the 25th and 26th installments in the Marvel Cinematic Universe, are currently set to open in 2021, while the proposed release dates for future titles such as Thor: Love and Thunder (February 2022) and Doctor Strange in the Multiverse of Madness (March 2022) may as well be written in smoke now for all the reassurance they provide.

The volatility of the current situation means that the blockbuster stranglehold might at least be loosened for a time. In the short term, independent films have been allowed more of a look-in.

“With the studios moving away, there have been opportunities for smaller distributors,” says Philip Knatchbull, the CEO of Curzon, which releases its films in cinemas and on its own streaming service. One forthcoming film, About Endlessness, directed by the deadpan comic miserabilist Roy Andersson, was originally scheduled to “duke it out” — as Knatchbull jokingly puts it — with Black Widow in early November. “Maybe now Roy can finally have one of his films go saturation [i.e., released widely],” he says. Well, we can dream.

Then again, box-office trends in the Covid era have been unpredictable. The sleeper hit of the year, YA romance sequel After We Collided, has grossed more than £2.5m in the U.K. and Ireland on the back of social media campaigns and fans’ enthusiasm rather than traditional marketing and reviews. Family films have also performed spectacularly: Pixar’s Onward, which had its original run interrupted by the closure of cinemas, achieved a 48% rise in box office at the end of September, more than six months after it opened.

The first year of the Covid crisis may have shown that cinemas sorely need blockbusters, but “the U.K. exhibition sector is a lot more complicated than that,” according to Ramachandran. “People have been bravely releasing arthouse films, concert films, documentaries. The sheer diversity of what’s coming out is impressive.”

What will change if infection rates continue to fluctuate is the industry’s resistance to new films going to premium video-on-demand. “I would point you to the situation in India,” says Ramachandran. “It’s one of the world’s biggest markets and it’s still closed [though cinemas there will now reopen starting Oct. 15]. As early as May, a raft of big films intended for theatrical release, including the Bollywood remake of The Fault in Our Stars, went straight to Amazon. The next lot went to Disney’s streaming service, and a third lot went to Netflix. So the short answer to the VOD question is: it’s already happening.”

“We have to collectively accept that the perfect release is not possible and the future is uncertain,” says Knatchbull. “We have to be creative and look at new ways of working.” Resisting VOD while holding out for the theatrical landscape to stabilize could result in a distant future of movie premieres in which stars troop up the red carpet in 2023 and beyond promoting films that wrapped years earlier. Their faces will have acquired wrinkles and worry lines in the interim but the image of their younger selves will be preserved on the screen, a Picture of Dorian Gray in reverse.

This article was written by Ryan Gilbey from The Guardian and was legally licensed through the Industry Dive publisher network. Please direct all licensing questions to legal@industrydive.com.