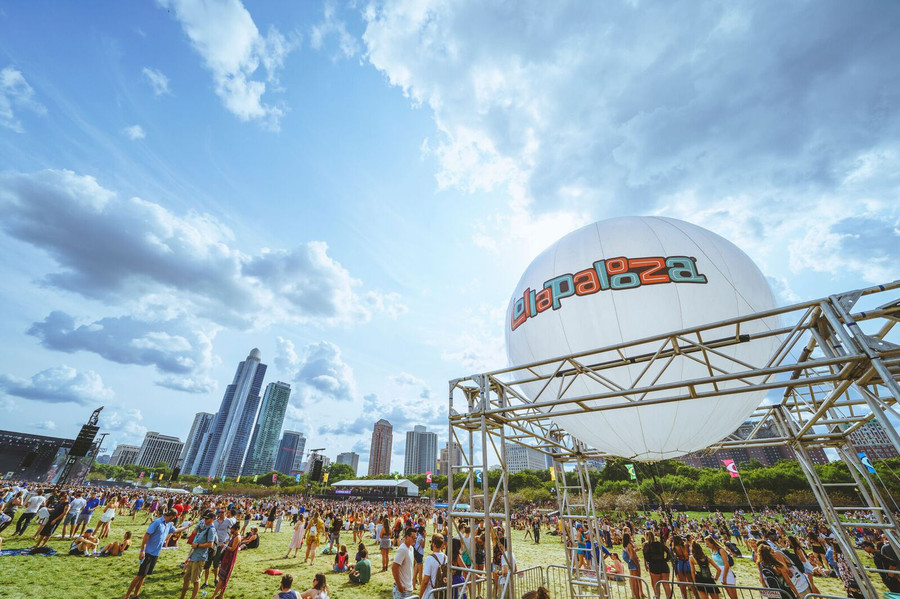 From Kanye to Kesha: 11 Famous Artists Who Started at Lollapalooza

Lollapalooza has officially passed its silver anniversary. This year, the famous music festival turns 26 and will celebrate at its usual stomping ground in Chicago's historic Grant Park. Performances run for a full four days—Thursday, August 2 to Sunday, August 5—and the lineup is jam-packed with both Grammy-winning and up-and-coming artists. Who knows? Those promising new musicians could be the next big thing. In fact, Lollapalooza has a history of featuring artists before they become household names. Here are some examples:

Long before 'Ye designed Yeezys or infamously interrupted Taylor Swift's awards show speech, he was taking the Lollapalooza stage. He first performed at the festival in 2006, right around the time "Gold Digger" was blowing up. He must've loved the crowd's energy, because he returned in 2008 for an encore.

It’s been 10 years since I released Just Dance.

Get this: Lady Gaga played Lollapalooza before her debut hit single, "Just Dance," even came out. She teamed up with Lady Starlight for her short-but-sweet set back in 2007. The following year, Gaga dropped her solo album, The Fame. Now she's doing big things like playing the Super Bowl Halftime Show.

Ke$ha released her debut single, "TiK ToK," on the very first day of Lollapalooza 2009. Fans probably didn't even get the chance to memorize the unforgettable lyrics—"Wake up in the morning feeling like P. Diddy"—before seeing her onstage. Since then, she's released three albums, scored two Grammy nominations, and dropped the dollar sign from her name. It's just Kesha now.

Kung Fu Kenny's Lollapalooza performance came on the heels of his second album, Good Kid, M.A.A.D City. A few years later, To Pimp a Butterfly and DAMN. came along, and rap music was never the same again.

The Weeknd hadn't even released a full LP before playing Lollapalooza in 2012. "Can't Feel My Face," the song that arguably took his career to a whole new level of fame, didn't happen until 2015. Of course, he had to return to Lollapalooza again that year to perform his chart-topping new tunes.

This billboard in times square is bananas! Tickets on sale Friday ? #PrayForTheWicked

Don't let this massive Times Square billboard fool you: Back in 2006, Panic! at the Disco was just a group of kids obsessed with music, trying to turn their passion into a career. Their 2006 set at Lollapalooza was just the beginning. The band—now on their sixth album—is currently headlining nationwide tours and playing at legendary venues like Madison Square Garden.

Lollapalooza's lineup always includes artists across genres, and Diplo is one of many DJs who has showed off his skills at Grant Park. His career was quickly gaining steam in 2009, as he had just finished up his first big collaboration with M.I.A. for "Paper Planes." The song's success opened up countless new opportunities for him, leading him to become one of the world's most well-known DJs. (Fun fact: His side projects include Major Lazer and Jack Ü.)

Chicago. Lollapalooza 2013. I will never forget it.

Chance the Rapper obviously had to perform at Lollapalooza––he's a Chicago native! At the time, he was pretty well-known on the local level. He had released his second mixtape, Acid Rap, which got rave reviews. Soon enough, he was touring the country and winning Grammys.

Twenty One Pilots first performed at Lollapalooza in 2013, one year after their band went through a major lineup change that resulted in the duo you know and love today. They had also just signed their record deal with Fueled By Ramen, which led to Vessel, their first major-label album.

When yo overalls bunched up, n yo neck hit that double chin+ that ONE vein pop out?...u know your exactly where your sposed to be ? Grateful for the love , Grateful for the feels. Thank you #Lollapalooza2015 #longlivethefeels ? #TDE

SZA racked up an impressive five nominations—including one for the highly coveted New Artist award—at the 2018 Grammys. But before those accolades rolled in, she was singing at Lollapalooza in 2015. Her critically acclaimed debut album, Ctrl, came out nearly two years later.

When The Chainsmokers came to Lollapalooza in 2015, they were primarily riding off the success of two singles: "#Selfie" and "Roses." Little did they know that was just the beginning. Their full-length LP and global tour came a few years later, as did "Closer"—their massively successful collaboration with Halsey that broke records for sitting atop Billboard's Hot 100 chart for 12 straight weeks. Casual.

Who should you look out for at Lollapalooza 2018?

Lollapalooza's 2018 lineup is chock-full of artists you know and love—The Weeknd and Bruno Mars, anyone?—but as per usual, keep an eye out for the less famous (but just as talented!) performers.

R&B singer Sabrina Claudio, for instance, has a voice unlike anyone you've ever heard before.

There's also Bebe Rexha, who just released her first full-length album, Expectations, after penning songs for everyone from Eminem to Selena Gomez.

Daya, the synthpop singer whose voice you'd likely recognize from The Chainsmokers' Grammy-winning hit "Don't Let Me Down," is taking the stage.

And speaking of The Chainsmokers, if you're into their music, you need to hear FRENSHIP, another electropop duo who have worked with Chainsmokers songwriter Emily Warren.

Someday these artists may be headlining Lollapalooza themselves, so check 'em out now!