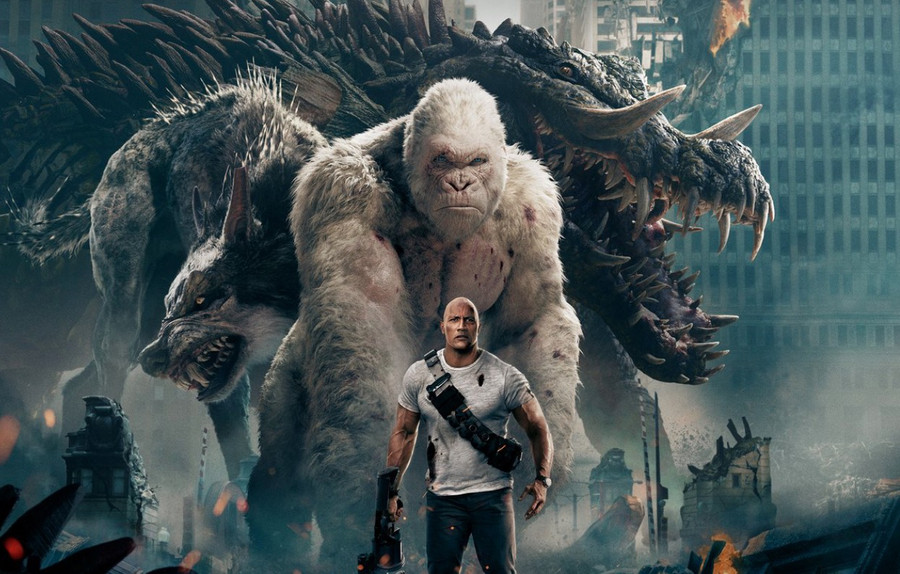 From ‘Mario’ to ‘Rampage’: The Most Iconic Video Game Films of All Time

Relatively speaking, films inspired by video games are a fairly new genre: Adaptations of platformers, RPGs, fighting games and more have hit the big screen over the last quarter-century, drawing in some of Hollywood's biggest stars.

One of the most recent canon entries is Rampage, a "smash-'em-up" sci-fi flick starring Dwayne "The Rock" Johnson that's available now on DIRECTV. Inspired by the beloved arcade game, the film follows Johnson's character as he tries to stop an oversized albino gorilla, a mutant alligator and a monstrous wolf creature from – you guessed it – rampaging through Chicago. 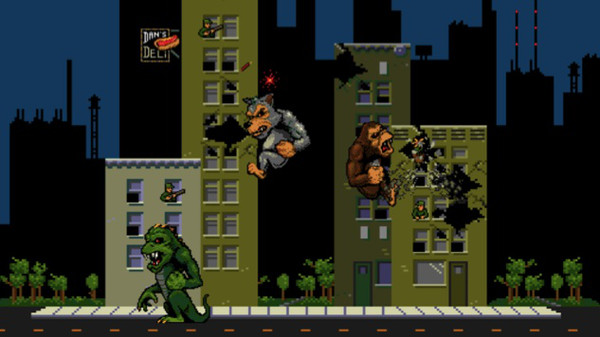 The original Rampage arcade game in all it's quarter-munching glory.

Wringing a plot from an arcade game based solely on which monster could destroy more buildings isn't easy, but Rampage manages to pull off one of the most fun, action-packed romps of the summer.

Rampage builds on decades of video game-inspired cinematic history, all of which left an indelible mark on pop culture. Take a look back at seven of the most iconic films inspired by video games below.

We felt the same way, Bob.

The very first film inspired by a video game is also one of the strangest. Despite starring the otherwise charming Bob Hoskins and John Leguizamo, Super Mario Bros. failed to earn even half of its budget back, earning the box office bomb a cult following for its unabashed oddity. Dennis Hopper's take on the OG big bad Koopa is so bizarre, it alone warrants a place in pop culture history.

Not only does Street Fighter hold up as a piece of action-packed camp, but it's also a very enjoyable Jean-Claude Van Damme film, despite his rampant drug use during filming. The star-studded cast features Kylie Minogue, Ming-Na Wen and the last theatrical film role for Raúl Juliá as M. Bison. Juliá in particular is one of the genre's great villains, famously telling Chun-Li (Wen), "For you, the day Bison graced your village was the most important day of your life. But for me, it was Tuesday." 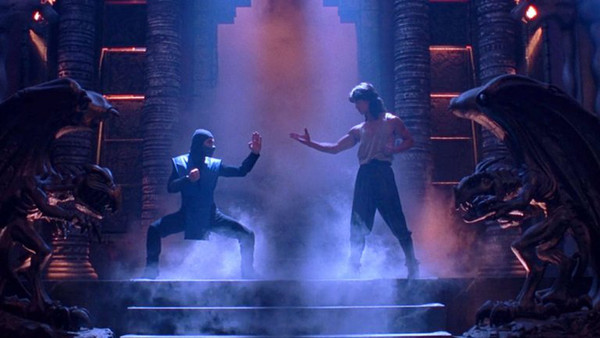 Sub-Zero faces off against Liu Kang

Every bit as indulgent and over-the-top as the game it was inspired by, the Mortal Kombat film is just as fun as its console counterpart. Monsters and men clash in epic action sequences that feel ripped right from the fighting game that boasted such graphic violence, it inspired the ESRB video game rating system.

Suns out, guns out.

The first Tomb Raider film can be appreciated even if you've never picked up a Playstation controller in your life. Starring Angelina Jolie in her peak action-star form, the film leveraged what makes Lara Croft so compelling: Sick fighting moves, skillful platforming and globe-trotting savvy. 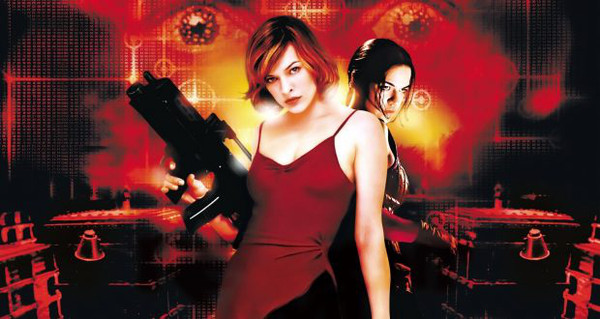 The first of what would become a series of six highly successful films (and a rumored reboot), Resident Evil  borrows from the mythos of the action-horror game that still gives this writer nightmares and cemented actress Milla Jovovich as a genre queen. We're personally more partial to 2007's Resident Evil: Extinction, but it's the first film that launched Resident Evil into becoming the most successful video game film series of all time. (Plus, it's James Cameron's admitted guilty pleasure, and who are we to argue with him?) 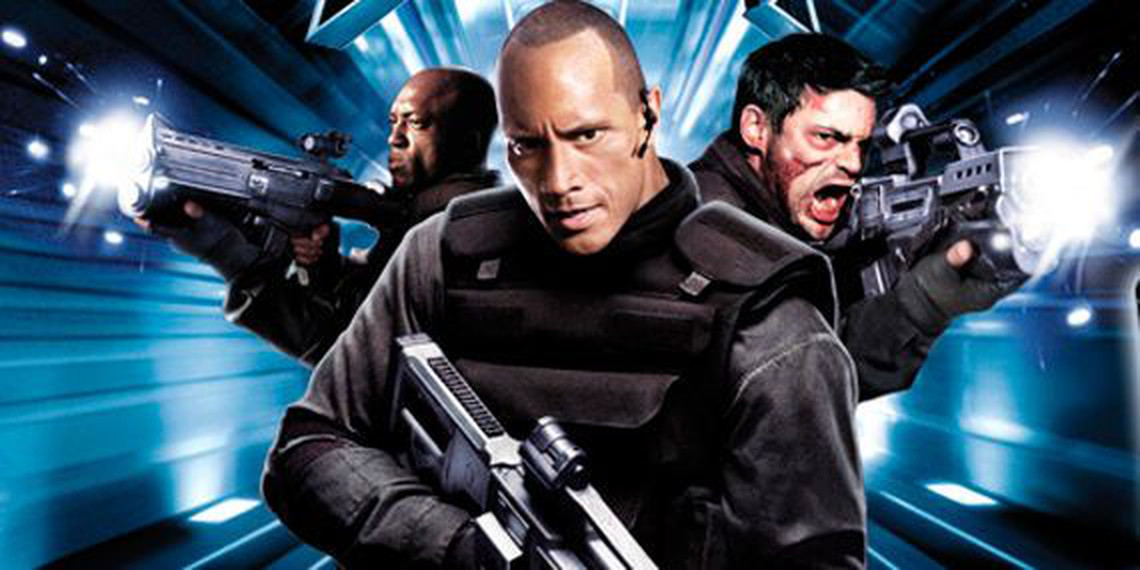 Rock with hair is now a somewhat disturbing sight

Rampage isn't the Rock's first time taking a video game to the big screen: That would be this cinematic adaptation of the infamous first-person shooter game, Doom. The film even pays homage to the source material with a first-person sequence that feels like a real-world version of what you may have played, on your Dell, back in 1995.

Brow-sing with Red from Angry Birds

What could have simply been an easy cash-grab based off the insanely popular mobile game series, The Angry Birds Movie is a must-see. Just look at the cast alone: Jason Sudeikis, Maya Rudolph, Danny McBride, Tony Hale, Bill Hader, Blake Shelton, Kate McKinnon, Tituss Burgess, Hannibal Buress, Keegan-Michael Key, Charli XCX, Sean Penn and Peter Dinklage, just to name a few. It's a kids' movie, so there's plenty of toilet humor, but it still ends up landing more on the sharper side of Spongebob than, say, The Emoji Movie.