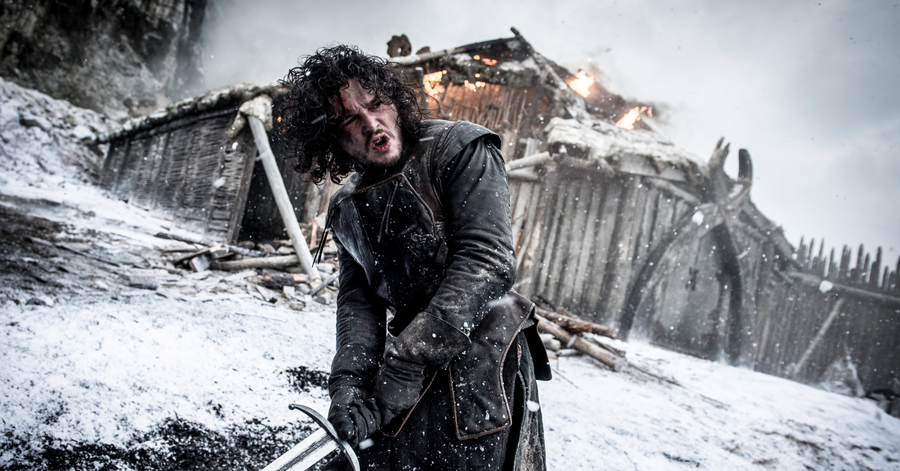 A Teaser Trailer of Ice and Fire

If you watch Game of Thrones, you've probably had at least one conversation that went something like this:

You: I love Game of Thrones! I should probably read the books

Friend Who Has Already Read Them: Actually, the book series is technically called A Song of Ice and Fire - Game of Thrones is just the title of the first one.

(True confesh - I am that friend.)

So you can imagine my excitement at seeing the teaser trailer that dropped yesterday! Watch below if you haven't seen

The familiar sight of the Dragonstone map table appears to be taken over by an encroaching fog - clearly a reference to the White Walker's progression from beyond the wall down to Westeros (thanks, Viserion). Then we see the sigils of House Stark and House Targaryen freezing over as the fog passes them - bad news for Dany, Arya, Sansa, and Bran and doubly bad news for Jon (slash Aegon).

But in a pivot Newton would be proud of, an equal and opposing reaction begins in the south corner of the map as fire begins to burn the table, moving toward the imposing threat. It overtakes the Lannister lion sigil before clashing with the fog creating jagged black rocks that look an awful lot like Dragonglass (or obsidian for the non-Westerosian among us).

We're not usually in the business of analyzing a teaser frame by frame (though there are already dozens of YouTube videos doing just that), but we can't help but wonder if the teaser supports one of the most popular fan theories out there: Azor Ahai, the Prince that was Promised, is not Daenerys Targaryen or even Jon Snow...it's Jaime Lannister.

Grab your tinfoil: Fans will remember that season seven ended with Jaime leaving Cersei and his unborn twincest child behind in King's Landing and riding north to fight the Walkers. We can't make out the exact location of the lion piece on the map, but it's totally feasible that it's somewhere on the King's Road and is pointing north. That checks out. And if you really want to geek out with us, it's worth noting that the Valerian words for "Lord" and "Light" are "aeksio" and "onos" while those for "Gold" and "Hand" are "aeksion" and "ondos" - seems like they are way too similar to be merely coincidence. Jaime as Azor Ahai also ties into the Valonqar prophecy (told you I read the books!) that tells Cersei she will die at the hand of her little brother. She's always assumed that meant Tyrion but since she is moments older than Jaime and GRRM is never one to take the obvious path, many people suspect it will actually be Jaime who commits sororocide. In the ancient tale of the Last Hero, the magic sword Lightbringer only caught fire after it was tempered by the blood of the hero's wife Nissa Nissa. Having Jaime kill Cersei would tie both theories together and make him both the Kingslayer and the Queenslayer. There's a nice full-circle-ness to having the man who literally ended the pilot by pushing a child out a window be the hero who saves us all in the end.

Then again, the lion could be telling us that Sir Pounce was Azor Ahai all along. Who knows?

Prepare for the return of Game of Thrones in April by watching all seven seasons of DIRECTV. Add HBO now!