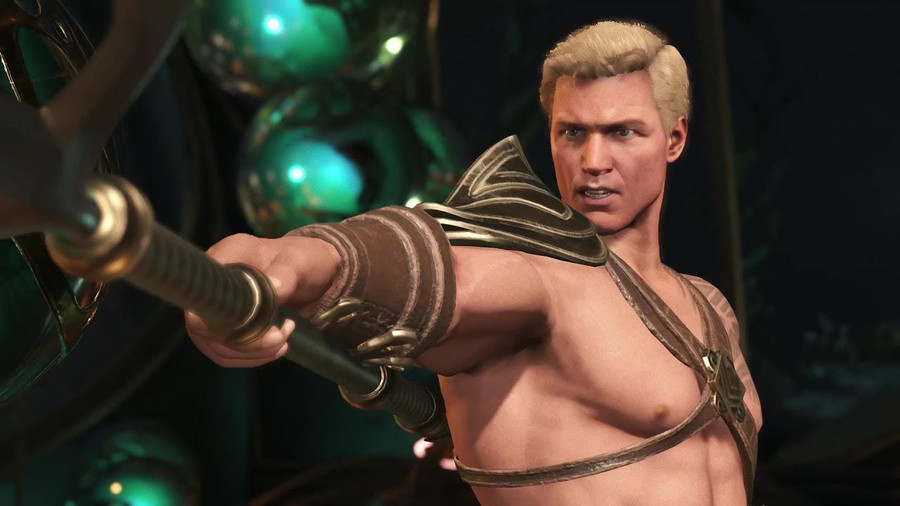 From the vast LEGO universe to the brutal Injustice fighting game series, Aquaman is more than just a budding movie star. The popular Super Hero has actually made quite a few appearances in the video game sphere and has been an integral part of our favorite games featuring heroes of all stripes. So, if you've ever longed to take on the role of this undersea champion, you can jump into one of these several games and live it up as Aquaman himself!

Check out these games you can play today for a heaping helping of more Aquaman in his many incarnations. 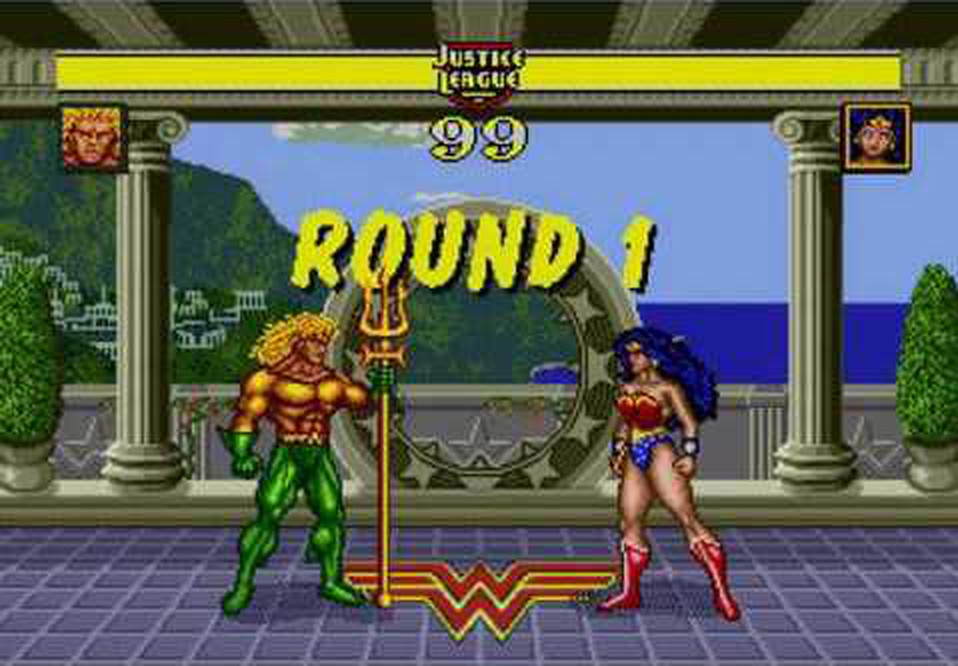 In Justice League Task Force, the DC Super Heroes have to fight off the forces of Darkseid. This fighting game was Blizzard Entertainment's fourth game and featured Aquaman, along with the core members of the Justice League, taking on the threats that came their way from every side of the conflict. Justice League Task Force was an average fighter for the time, but it's notable as being the first time that Aquaman was playable in a video game. It would be the first of many for the legendary ocean-based hero, who rocked a flowing mane of flaxen hair while kicking butt and taking names. 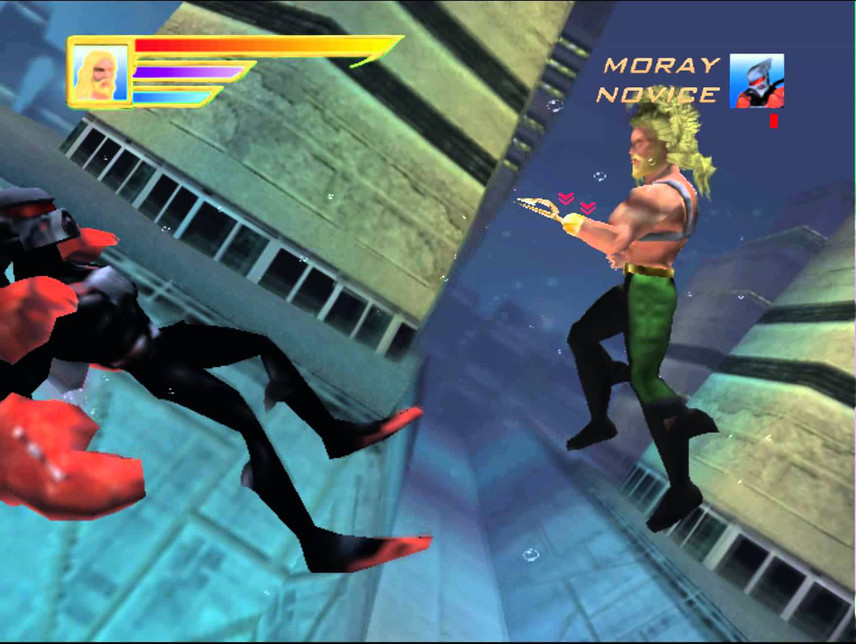 Aquaman: Battle for Atlantis is the only video game to feature the Super Hero as we know him in the titular role. Much like Jason Momoa's portrayal, the Aquaman of Battle for Atlantis was more similar to Peter David's long-haired and bearded interpretation, in contrast to the clean-cut Golden Age Aquaman. Unfortunately, Battle for Atlantis wasn't the best game, and hopefully, Aquaman will get another shot at headlining his own game sometime soon — with his own movie on the way, it certainly seems like a great time to get going on a new game where he steps into the spotlight once more. 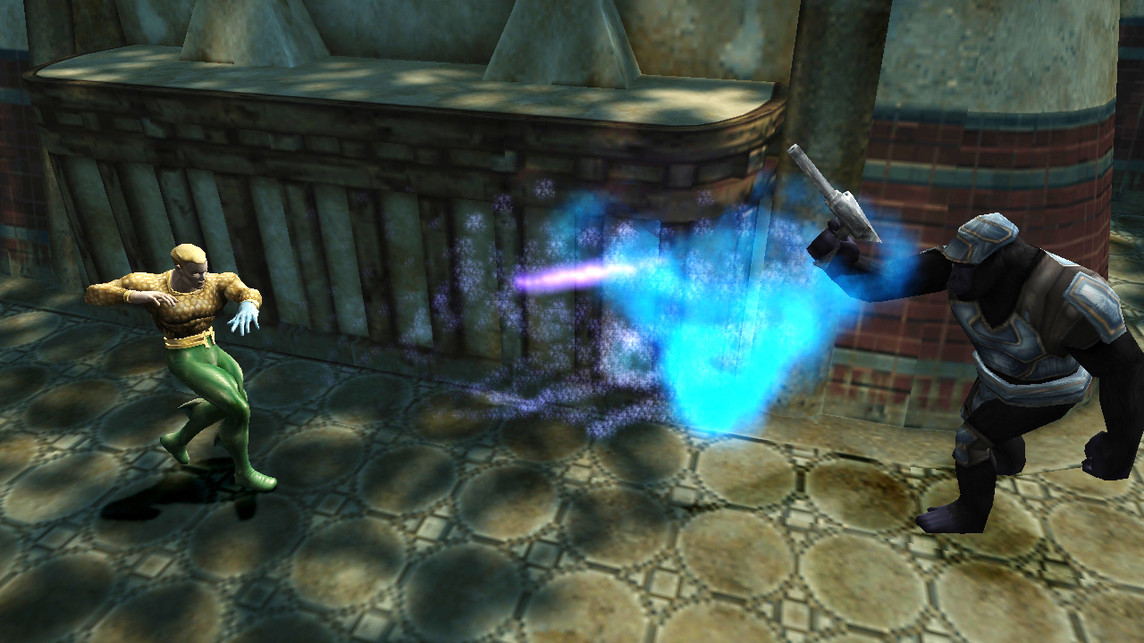 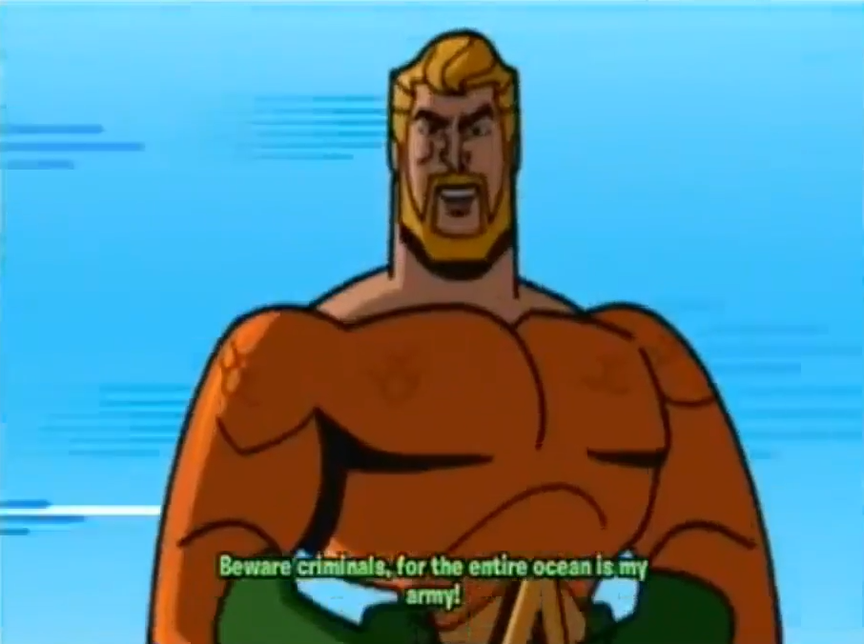 This platformer set in the universe of the popular cartoon series Batman: The Brave and The Bold, gives players a chance to make their way through levels which are presented as episodes of the TV show. Batman and Aquaman pair up for the third level of the game, "Aquaman's Ape Adventure," and fight evil throughout Atlantis. 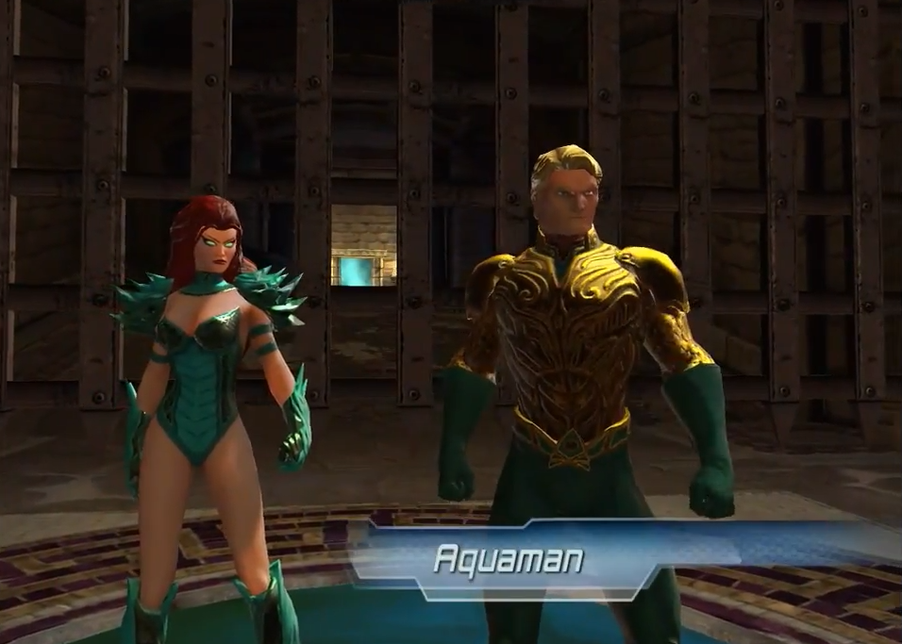 DC Universe Online features a plotline in which Aquaman is mind-controlled by Circe. He is forced to use his powers for evil and the player must help Martian Manhunter to stop his attack on the surface world. 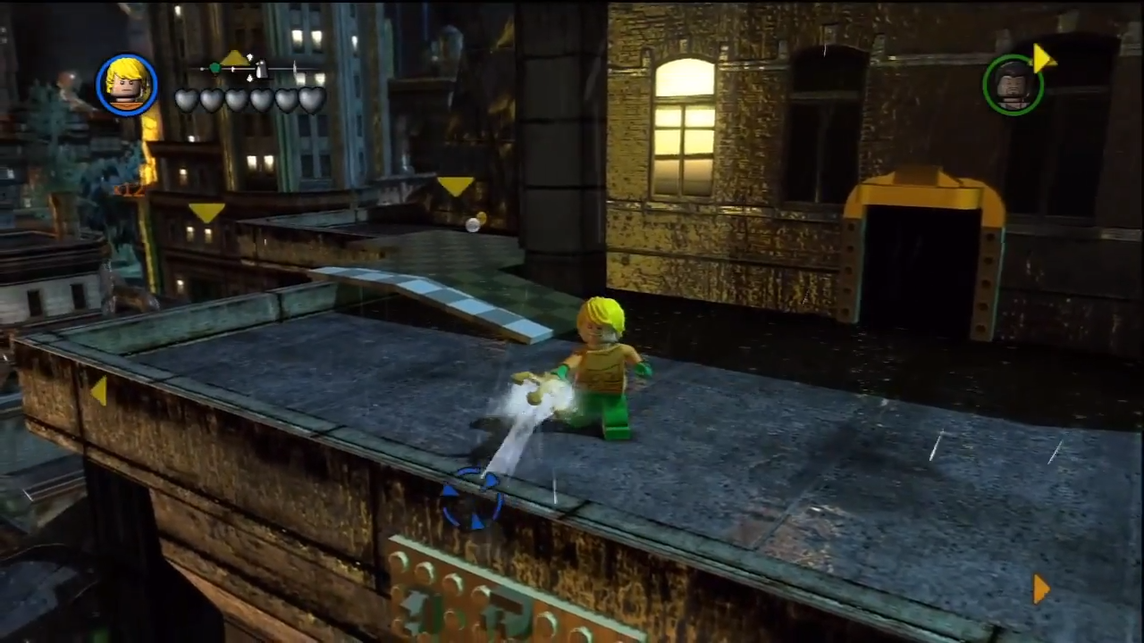 Lego Batman 2: DC Super Heroes marks the first time Lego Aquaman was available as a playable character. While he doesn't get a key role in the plot, he is an unlockable Lego MiniFig and you can play through most levels with him once you've obtained him. He also briefly appears in Lego Batman 3. 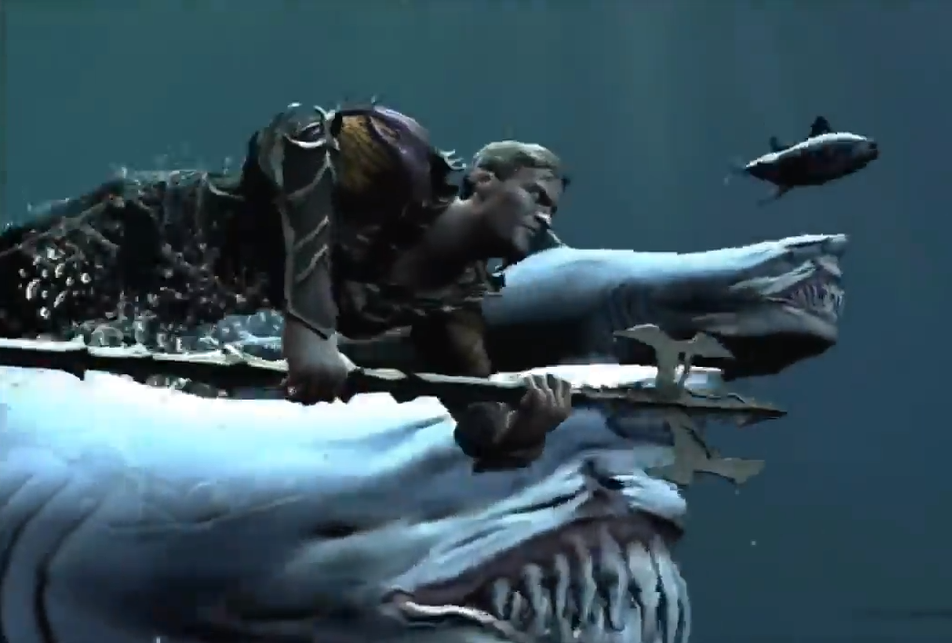 Aquaman is one of the playable fighters in Injustice: Gods Among Us, and is one of the Super Heroes that stands alongside Batman to fight the Alternate Superman and his tyrannical regime. He fights against the Alternate Aquaman's plans to place Atlantis under Alternate Superman's control. In the end, the citizens of the alternate Earth rally behind Aquaman and he becomes a prime candidate for ruler of a United Earth. 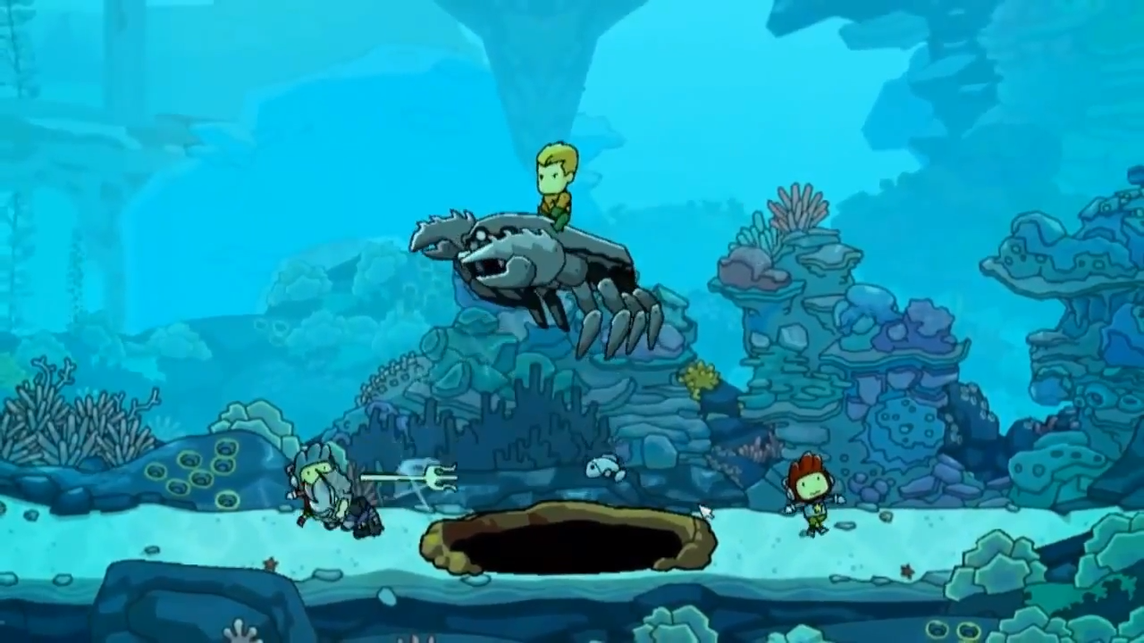 If you've ever wanted to fight a giant crab as Aquaman, Scribblenauts Unmasked: A DC Comics Adventure is the game for you. Ocean Master and Maxwell's Doppelganger both team up against Aquaman in a segment of the game. However, Aquaman is able to take down the aptly-named "Crabmongous" and escape from the villains. 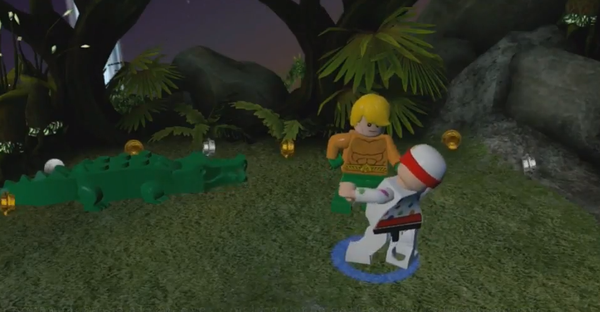 Aquaman makes an appearance as an unlockable character in Lego Batman 3: Beyond Gotham. When Brainiac traps and brainwashes six of the seven Green Lantern Corps, it is up to Batman, Robin, and the Justice League to prevent the villain from capturing Hal Jordan and wreaking havoc on the world. Players can choose Aquaman after completing the "Croc My Heart" quest. 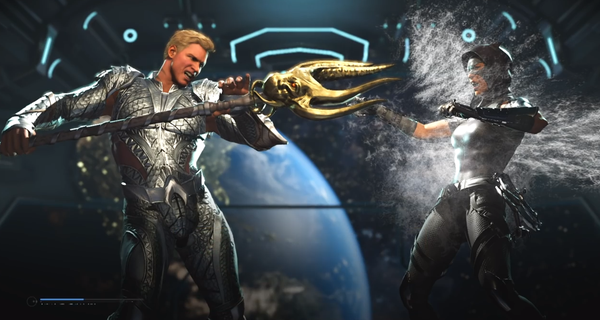 Injustice 2 sees Aquaman as a playable fighter once more, reluctant to join Batman's fight against Brainiac. Trying to keep Atlantis foremost in his mind, Aquaman only pledges a part of his forces after Brainiac's goons begin their invasion of Atlantis. Eventually, Atlantis falls and Aquaman begins to lose sight of his heroic principles.

The Aquaman movie gets a whole new set of DLC dedicated to it in Lego DC Super Villains. In the DLC, Aquaman and Mera try to stop Orm from uniting the underwater kingdoms against the surface. The first DLC is already out, while the second will bring more amazing Aquaman content in January.

Aquaman appears in DC Unchained in his classic style and features an aggressive, physical fighting style. This card-battling mobile game allows you to harness the power of many DC Super Heroes and create a mighty force against evil.